Vanessa Morgan is breaking her silence about her experience on The CW’s teen drama Riverdale.

The actress, who portrays Toni Topaz, joined the Riverdale cast in the show’s second season before being upgraded to a series regular in season 3. Now, the star is drawing attention to the fact that she is the only African American series regular on Riverdale. Morgan also revealed that she’s paid the least.

On Sunday, May 31, Morgan tweeted, “Tired of how black people are portrayed in Media, tired of us being portrayed as thugs, dangerous, or angry scary people. Tired of us also being used as sidekick non-dimensional characters to our white leads. Or only used in the ads for diversity but not actually in the show.” At first, it wasn’t immediately clear if the actress was referring to her own show until she responded to a tweet, writing, “I’m the only black series regular but also paid the least.”

On the same day, Morgan defended her former costar Ashleigh Murray, who played as Josie on Riverdale before transitioning to the show’s spinoff series Katy Keene, saying, “Maybe the show should write for her like the white characters.”

Yesterday, June 2, the actress added another tweet to her message defending her costars, saying, “My role on Riverdale has nothing to do with my fellow castmates/friends. They don’t write the show. So no need to attack them, they don’t call the shots & I know they have my back.” Morgan’s costar Lili Reinhart responded, “We love you, V. And support you 10000%.”

My role on Riverdale has nothing to do with my fellow castmates/friends. They don’t write the show. So no need to attack them, they don’t call the shots & I know they have my back. ♥️ 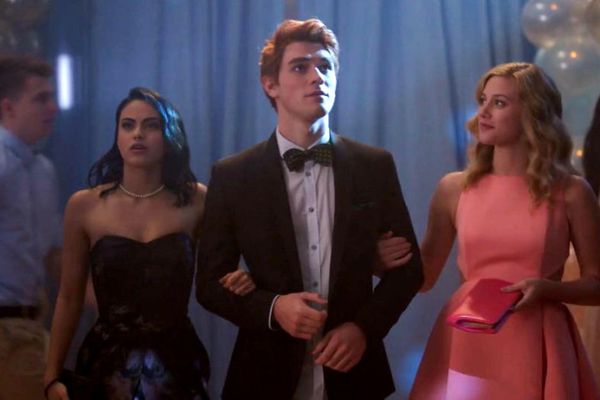 The CW’s ‘Riverdale’: 8 Things To Know