Could there be a potential family reunion for Shameless‘ very last season?

Shameless showrunner John Wells shared with Entertainment Weekly that he would like original cast member Emmy Rossum, who portrayed Fiona Gallagher, to return for the show’s finale.

“I’ll certainly ask her,” Wells said. “She’s very busy and she does a lot of other things. We all love each other and we’ve been through wonderful things together, so I’ll ask her and hopefully, she’ll be available at the time that we do it.”

“But we’re so far from knowing what that would be and when that would be, and she’s just started on her new project for [NBCUniversal’s streaming service] Peacock, Angelyne, so I’m going to leave her to that for quite some time … until I start bugging her.”

Shameless, an adaption of a British show with the same name, was recently renewed for an 11th and final season earlier in January. The show’s news comes almost a year and a half after Rossum announced her exit from the series.

In 2016, Rossum refused to sign on for Shameless‘ eighth season unless she received more money than William H. Macy to make up for the seven years she was paid significantly less than most of her costars. A few days later, the actress and Warner Bros. came to terms with a new contract, but then announced her exit ahead of the show’s ninth season.

In the same interview with Entertainment Weekly, the Shameless showrunner teased what fans can expect from the upcoming season, which is set to premiere in the summer.

“There’s never an end to the things we can satirize in the American projects, so I think they should expect more of the same,” he shared. “Certainly keeping Ian and Mickey together and trying to see what it’s like for them to be newlyweds, seeing Carl move on with his life, and how Tami and Lip are going to adjust to really being together, and how do we form our own families without undermining our relationships with our original family.”

Wells added: “That’s a real challenge, to bring other people in your life that you realize have to be more important in the decision making than the family members you’ve always considered to be the most important thing — and how does everyone adjust to that.”

The 11th and final season of Shameless premieres this summer on Showtime. 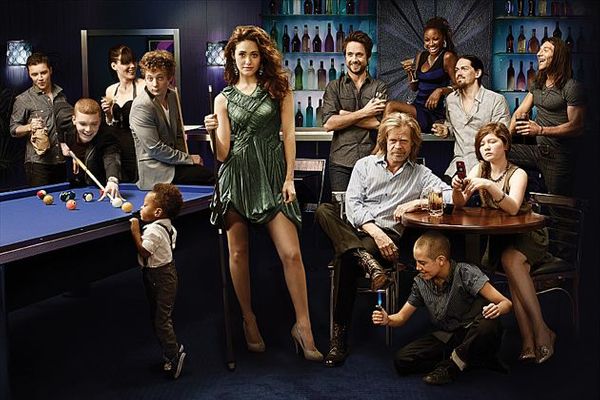