Back in the 2000s, One Tree Hill became one of the most popular teen dramas on television and just when fans thought things couldn’t get any better beloved stars Chad Michael Murray and Sophia Bush married in real life. In the decade or more since, both actors have rarely, if ever, spoken about their 2005 marriage that ended after only five months, but now Bush is opening up about that time in her life.

In a new personal essay the actress penned for Cosmopolitan‘s February issue, Bush looks back on the romance and what she learned from it, without ever mentioning Murray by name. “In my 20s, when I was starting out my career as an actor, I wasn’t looking for a relationship, but one found me and became serious, even though I hadn’t planned to settle down until my 30s. But when the person you’re with asks you to marry him, you think: ‘This must be happening because it’s supposed to.'”

Despite their happiness at the time, it didn’t take long for the marriage to dissolve in a very public separation after five months which included indications that Murray had cheated on Bush, but she did not write the essay to bash her ex. “I refuse to let that one relationship define me, which is why I’ve done my best to avoid discussing it for 10 years. The reality is that, yes, it was a massive event in my life. And the trauma of it was amplified by how public it became, which was incredibly foreign and bizarre to a girl who’d just been another college kid 24 months before her life blew up.”

Following the end of her marriage to Murray, Bush went on to date another One Tree Hill co-star James Lafferty, and while it too didn’t last, she wrote, “I was able to process all that had happened and find a deeper understanding of love.”

Now at 34 and after a few more relationships, Bush adds that she has learned something from all of them. “I came to appreciate that relationships often serve a specific purpose at a certain point in time, for myriad reasons. Some are meant to heal you, some are meant to teach you how to build yourself up, and some are meant to show you how to trust your own intuition. You call in exactly whom and what you need over the course of your life, as you are learning life’s lessons. And learn them you will. Even if you try to avoid these teachings, they’re coming for you. This reality has taught me that the relationships that don’t lead to lifetime commitments are not failures. Not every love can last forever.”

“A few months with the right person can be as great an experience as a decade-long union with someone else. When you take the pressure of The One off, you’ll open yourself up to endless possibilities. You’ll learn to have a truly deep, knowing relationship with yourself first. Then the rest will fall into place,” the actress tells Cosmopolitan. “Reasons, seasons, and lifetimes. They’re all valid.” 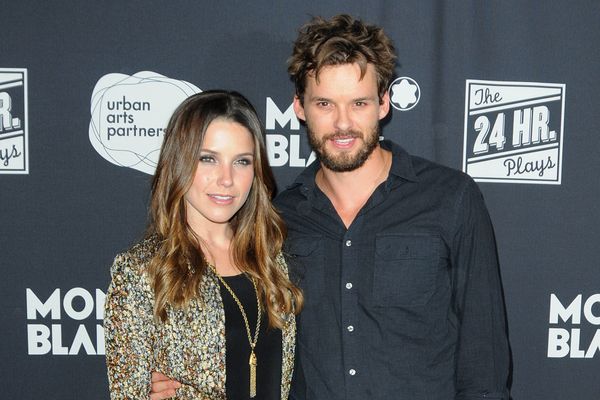