Sophia Bush Reveals Her Return To TV With CBS’ ‘Surveillance’

After her breakout role as Brooke Davis on The CW’s One Tree Hill, Sophia Bush has always been very selective and careful about her roles. Following One Tree Hill she ventured to Chicago P.D. but left the series after four seasons and while fans were disappointed, she revealed there were bigger things on the way.

After briefly discussing her exit from the series, the actress revealed that she had signed a massive talent holding and development deal with 20th Century Fox Television, and under the new deal would be returning to TV as a star of a series, but would also be working on developing new projects for the company.

On Thursday, September 6, the actress took to social media to share that the new series will be a spy thriller drama called Surveillance airing on CBS. Surveillance is described as a complex and timely spy thriller centered around the head of communications for the NSA (Bush), a charming operative who finds her loyalties torn between protecting the government’s secrets and her own.

Bush shared the news on social media,w riting, “@deadline called the pilot order a “blockbuster commitment.” Yeah. That’s exactly the kind of BDE I’d like sprinkle onto the intentions I’m setting for #Surveillance
•
THIS is what I’ve been developing this year, y’all. The team at 20th, at 6th & Idaho, and I have been pouring our hearts into this one. I cannot wait start shooting for @cbstv this fall, and I CANNOT wait for you to meet “her.” Can’t tell you her name yet. Gotta keep you in just a little suspense…
•
Never give up on your dreams, my dears. Work HARD. Harder than anyone can see. And then double down on that. You can do it. WE can do it.”

Upon signing her deal with 20th Century Fox Television, the actress shared, “Now more than ever, vital female voices need to be heard. I’m thrilled to begin developing content that inspires and excites me at 20th Century Fox TV.” Meanwhile, Fox TV Group member Sharon Klein added, “We’ve been great admirers of Sophia for years and after meeting, we knew we wanted to be in business with her. She’s smart, she’s passionate and she brings great ideas and energy to the table. This deal is about developing with her as well as casting her into a comedy or drama pilot this season. She’s a giant TV star and we’re thrilled to have her exclusively at FTG.” 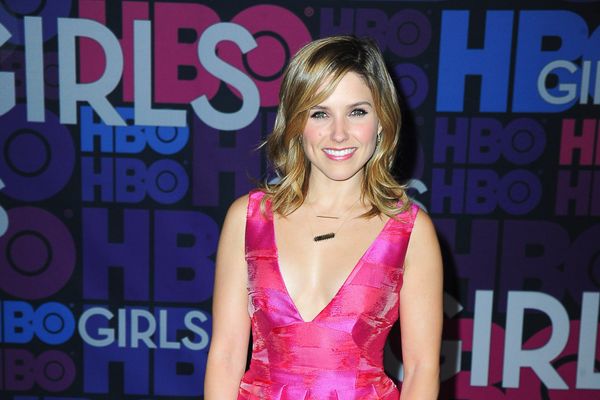