Stranger Things star Gaten Matarazzo shared a photo on Wednesday, January 29, from a hospital bed before undergoing surgery for his cleidocranial dysplasia, or CCD, a rare genetic disorder that affects the growth of his bones and teeth.

“Surgery number 4! This is a big one!” the 17-year-old actor wrote on Instagram.

Matarazzo hasn’t shared any other details about his surgery, but the young actor revealed to PEOPLE that he’s already had several surgeries on his mouth. He also shared that he has a “very mild case” of the condition.

“There’s a one in a million chance that you have of getting it — most likely you get it from a parent, but it just happened for me,” he explained in 2016. “I have a very mild case so it doesn’t affect me as much, but it can be a very difficult condition to have.”

The actor does think his diagnosis has already affected his career.

“It’s one of the reasons why I haven’t been getting roles, because of my lisp, and the teeth situation, and my height,” Matarazzo said in 2018, during an appearance on The Doctors. “That affected pretty much everything. I would go three times a week for auditions all the time and get constant ‘no.’”

Despite the constant rejections, Matarazzo landed the role of Dustin on Stranger Things, and attributes his disorder helping him get the part.

“It really started out when I was stretching in the audition room,” he said. “They were like ‘Wait, wait, wait what did you just do?’ and I said, ‘What? I’m stretching’ and they said ‘No, do it again and they said ‘Why do you do that? Your shoulders are touching.’ … So I started explaining what it was and how I had a condition from birth that affects my teeth and everything. That’s why I was missing teeth in the first season, and I still have my appliance in right now.”

The actor now works with CCD Smiles, a non-profit organization that raises money and awareness for people diagnosed with the condition. Matarazzo shared with PEOPLE in 2016 that his role on the show helped bring more attention to CCD.

“The feedback has been great,” he said. “A lot of people were messaging me saying, ‘You made me feel better about myself, that you can show that you have this condition on TV and embrace it.’ I feel like I’m raising awareness for it. It makes me feel good.”

Surgery number 4! This is a big one! To learn more about Cleidocranial Dysplasia and how you can help those with the condition you can go to ccdsmiles.org. 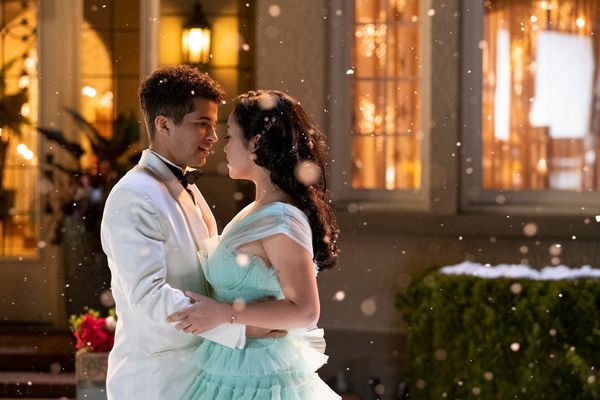