After it was announced that Supernatural paused filming for health and safety concerns on its final season with only two more episodes to go, co-showrunner Andrew Dabb shared that Monday’s hour will be the last episode of the show to air “for a while.” This week’s episode is technically No. 13 of the season out of its 20 episodes.

Dabb explained on Twitter, “We have filmed through episode 18, however our visual effects and sound departments have closed because of the [healthy and safety concerns]. So, right now, the episodes can’t be finished. However, have some special treats coming along the way– to help us all get through this.”

However, for fans worried that this could be the abrupt end of the series, Dabb clarified, “And yes, we, the CW, and Warner Bros fully intend to return and finish the series. It’s not a matter of ‘if’, it’s a matter of ‘when.'”

The end of the series will be the end of an era for Jared Padalecki and Jensen Ackles who have starred as brothers Sam and Dean Winchester since the show began.

Although Supernatural isn’t over yet, it has been announced that Padalecki has already taken on his next big role for The CW. He will be starring as Cordell Walker in the network’s reboot of the iconic Chuck Norris series Walker, Texas Ranger. 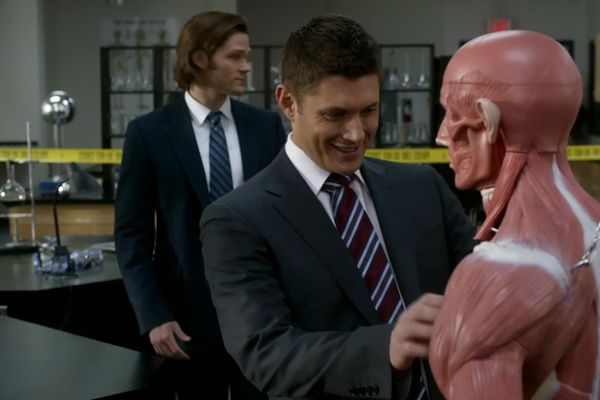