The CW Fall TV Premiere Dates: Find Out When ‘Supernatural,’ ‘Riverdale,’ ‘The Flash’ And More Return 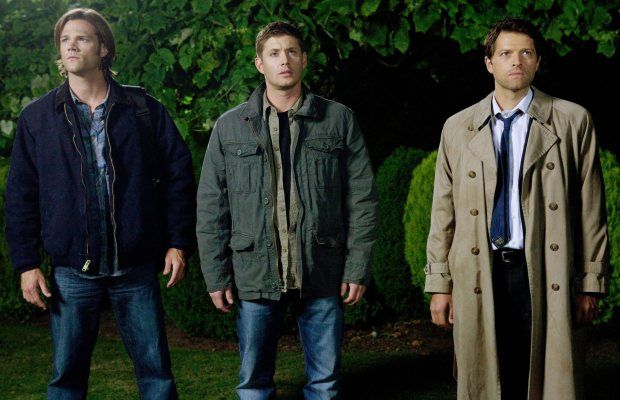 The changing of seasons as summer comes to an end isn’t welcomed by some, but for television fans, they can’t wait for the big return of their favorite series!

Unfortunately for fans of The CW shows, the network has held off all of its fall premieres until October, and this time it will mark the beginning of the end of some beloved shows.

The CW is kicking off its fall premieres with a brand new series. Batwoman starring Ruby Rose will premiere on October 6 at 8 p.m. starting the night of female superheroes as it will be followed by the season five premiere of Supergirl.

All American will return on October 7 at 8 p.m. while season five of The Flash begins on October 8 at 8 p.m.

Riverdale makes its highly anticipated return for its fourth season on October 9 at 9 p.m. The series’ showrunner Roberto Aguirre-Sacasa has confirmed that the season four pilot titled “In Memoriam” will be dedicated to Luke Perry following his sudden passing in March. “Probably the most important episode of #Riverdale we’ll do this year, if not ever,” showrunner Robert Aguirre-Sacasa said on Twitter. “A tribute to our fallen friend. Thankful for this opportunity to honor Luke & Fred.” Meanwhile Perry’s longtime friend and costar Shannen Doherty is confirmed to also appear in the episode. The tribute episode will “reflect Perry’s enduring legacy and the indelible imprint his character” Fred Andrews had on Riverdale, the show’s creator, Robert Aguirre-Sacasa, said during the Comic-Con panel, according to Variety, which also reported that Doherty’s cameo is “very emotional” and was “something that Luke wanted to happen since season 1.”

Following Riverdale will be the premiere of the brand new teen drama Nancy Drew starring newcomer Kennedy McCann. From well known teen series creators Josh Schwartz and Stephanie Savage, Nancy Drew will follow an 18-year-old Nancy the summer after high school graduation when a family tragedy forces her to forgo college and stay home to try to solve the ensuing case.

Thursday, Oct. 10, will first have the premiere of the 15th and final season of Supernatural at 8 p.m while the fnal season premiere of Arrow will air on Tuesday, October 15. “I am very happy with our ending. … I stand by the decision [to end the show], and I’m happy with it,” Arrow‘s Stephen Amell told reporters in August of his CW hit’s culmination. “But leaving the show’s also going to be terribly, terribly sad.”

Check out all of The CW’s below and mark your calendars! 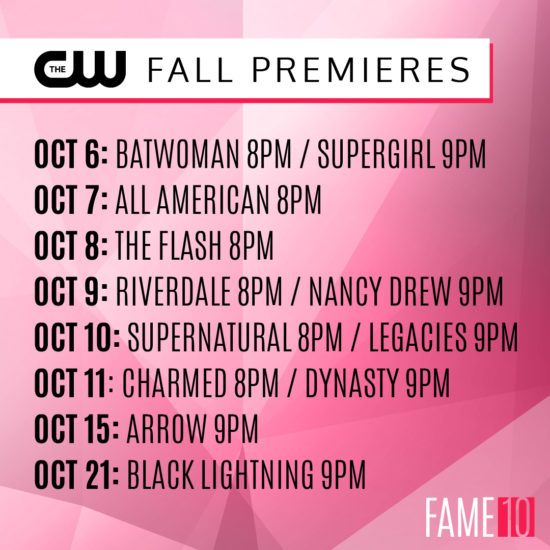 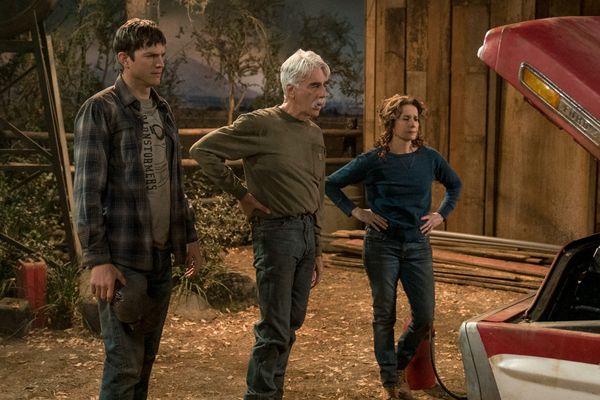