Last Man Standing is finally on its way back after it was saved by Fox, and now the first cast photo featuring two new cast members is here!

“It’s going to be one great theme each week seen as through the eyes of a very tolerant integrated family,” Allen said.

As previously reported, Last Man Standing was cancelled after six seasons in March 2017 by ABC and in early 2018 Fox confirmed it was bringing the show back with a seventh season revival.

“Excited? Team LMS was in the sixth inning, ahead by four runs, stands were packed and then for no reason, they call off the game. It leaves you sitting in the dugout, holding a bat and puzzled. Now we get the news from Fox that it’s time to get back out on that diamond — hell yes, I’m excited!” Allen said in a statement at the time. “When I heard the offer to create more episodes of Last Man Standing, I did a fist pump so hard I threw my back out. It’s the fans! I could not be more grateful for the fans who wrote petitions and kept up the passion and incredible support for the show. And a fist pump, ouch, for Dana Walden and Gary Newman at Fox for not only listening to the fans, but for making the bold move to bring Last Man Standing back. I’m sure audiences will be curious to see what we look like after all these years. Oh, has it only been one year? Well, just goes to show you — a lot can happen in a year.”

Following the news of the revival, it was also confirmed that two of the show’s main cast members would not be returning, but the roles would be recast. Molly McCook has taken over the role of Mandy Baxter from Molly Ephraim while Jet Jurgensmeyer has taken the role of Boyd Baxter from Flynn Morrison.

Season 7 of Last Man Standing premieres on September 28 on Fox.

If you love Last Man Standing and can’t wait for the revival of the series, check out our article on how much the cast is worth!

Estimated Net Worth: $3 million. Hector Elizondo has a long and successful career with over 80 film roles under his belt! When it comes to the small screen, his biggest roles have been as a main cast member in Chicago Hope and Last Man Standing. He’s done numerous television films and held recurring roles on shows like Miracles, Century City, 10 Days That Unexpectedly Changed America, Cane, Grey’s Anatomy, and Monk, just to name a few. He’s also received critical acclaim for his performances in Chicago Hope, Runaway Bride, Mrs. Cage and Pretty Woman. He’s also held many co-starring roles in feature films. A few of his biggest projects were the films Mother’s Day, Beverly Hills Cop III, Leviathan, Taking Care of Business, Runaway Bride, New Year’s Eve, Valentine’s Day, The Princess Diaries and The Princess Diaries 2: The Royal Engagement. Hector Elizondo doesn’t take on many leading roles, but rather has done many appearances and co-starring roles which makes his net worth lower than it should be. He’s worth an estimated $3 million!

Estimated Net Worth: Unknown. This American actor is most widely recognized for his role as Ned Banks on Ghost Whisperer and Kyle Anderson in the television series, Last Man Standing. Sanders resume is quite small, other than his two biggest roles on television, he’s only done appearances on Pair of Kings, CSI and Family of the Year. Outside of television he had small roles in the following films: In Time, Legally Blondes, Hounddog and Talladega Nights: The Ballad of Ricky Bobby. It’s not surprising that Sanders net worth is unknown because he hasn’t built up a strong resume with any leading roles. We’re guessing with his two strong television roles he’s got an estimated $600 thousand.

Estimated Net Worth: $1 million. This young 19-year-old actress hasn’t been around very long, but she’s already worth an estimated $1 million! She made a name for herself when she took on Gwen Thompson in the film An American Girl: Chrissa Stands Strong and as Loretta McCready in the television series Justified. Her success in these two projects led to her getting a main role on Last Man Standing as Eve Baxter alongside Tim Allen. She’s made appearances on shows like Private Practice, Make It or Break It, Modern Family and The Mentalist, as well as films like Bad Teacher, J. Edgar, The Spectacular Now and Men, Women & Children. Overall, Dever is still building up her career, but we’d say she’s off to a good start!

Estimated Net Worth: $1 million. Molly Ephraim is known for not only her on-screen appearances, but also on stage! She currently plays the role of Mandy Baxter on Last Man Standing, but she’s also had notable roles in films like College Road Trip, Paranormal Activity 2 and Paranormal Activity: The Marked Ones. When it comes to Broadway, she’s been in projects like Into the Woods, Fiddler on the Roof, The Diary of Anne Frank and End Days. On the small screen, she’s only held one main casting, but did appear in the pilot for two failed shows, The Wonderful Maladys and Hench at Home, as well as Law & Order, and Royal Pains. Her small resume doesn’t mean she hasn’t been successful! At the age of 30 she’s already joined the millionaire club with a net worth of $1 million.

Estimated Net Worth: Unknown. When it comes to movies, Amanda Fuller has done quite a few made-for-TV projects and surprisingly quite a few horror films. She’s held co-starring roles in Starry Eyes; Creature; Red, White & Blue; and ‘Till There Was You. She’s also done appearances in small low budget films. The small screen is where this actress has been making a splash. She has only held one main casting on television and that is her current role as Kirstin Baxter on Last Man Standing, but she’s also done many, many one episode appearances on big shows like Grey’s Anatomy, Scandal, CSI, Bones, Without a Trace, Life, 8 Simple Rules, Judging Amy, Touched by an Angel, Malcolm in the Middle, 7th Heaven, NCIS, Close to Home, and the list goes on. Her net worth is unknown probably because she hasn’t held many notable or main roles aside from Last Man Standing. We’d guess her net worth is somewhere around $800 thousand.

Estimated Net Worth: $2 million. Nancy Travis has been acting since the mid ’80s. She’s appeared in over 20 films (not including television films) and held co-starring roles in projects like Passed Away, Three Men and a Little Lady, Fluke, The Vanishing, Greedy, So I Married an Axe Murderer and Destiny Turns on the Radio. Her television career is equally as strong as her film career with numerous series regular roles on shows like Duckman, Becker, The Bill Engvall Show, Work with Me, Almost Perfect and now Last Man Standing. She was a producer while working on the series Work with Me and small film My Last Love. She also lent her voice to characters on The Real Adventures of Jonny Quest and Superman: The Animated Series. Despite being a recognizable face in Hollywood, Travis hasn’t taken on that many leading roles and not all of her projects have been huge box office successes. Nonetheless, she’s still doing quite well for herself with an estimated net worth of about $2 million.

Estimated Net Worth: $80 million. Tim Allen will always be known as “Tim the Tool Man” from Home Improvement. He starred on the ABC sitcom for almost 10 years! Since he hung up his tool belt, he’s continued to take on money making projects like voicing the character of Buzz Lightyear in the Disney/Pixar trilogy, Toy Story, as well as starring in Disney’s The Santa Clause trilogy! He’s also starred in The Six Wives of Henry Lefay, The Shaggy Dog, Zoom, Christmas with the Kranks, Big Trouble, Joe Somebody, For Richer or Poorer, Galaxy Quest and Jungle 2 Jungle. When it comes to television his resume is much shorter, but his two main projects have been huge successes. First as Tim Taylor on Home Improvement and more recently as the main character on Last Man Standing. Tim Allen’s salary per episode for Last Man Standing is reportedly $235,000 and he’s currently worth an estimated $80 million! 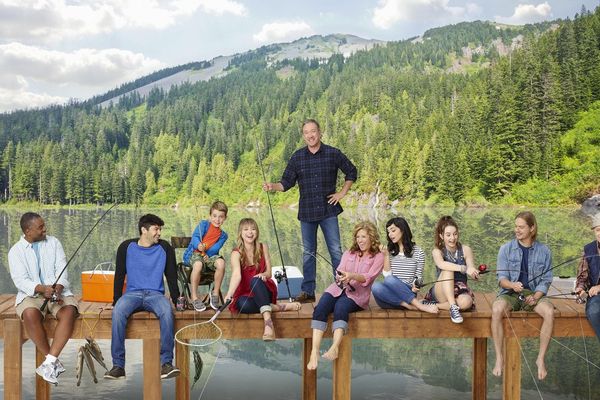