The Masked Singer Reveals Celebrity Under The Eagle 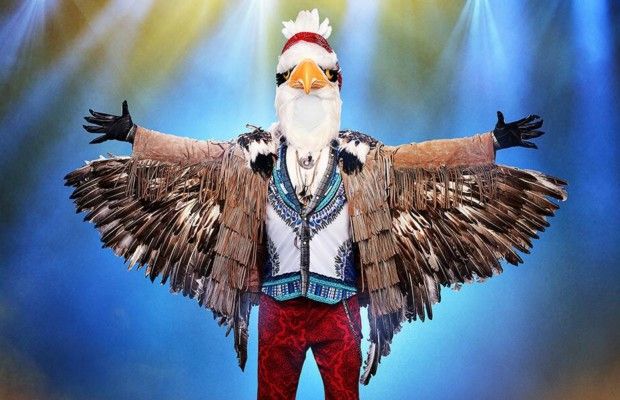 Season two of The Masked Singer continued with more performances, more crazy costumes, and more guesses on Wednesday, October 9, and this time the celebrity under the Eagle was revealed!

The night started with a performance from The Flower singing “9 to 5” by Dolly Parton, followed by Eagle singing Meat Loaf’s “I’d Do Anything For Love (But I Won’t Do That)”, then Penguin’s rendition of “The Middle” by Maren Morris and Zedd, and lastly Fox sang “This Love” by Maroon 5.

In the first round, Flower won over the Eagle, and Fox beat Penguin. For the battles, the Eagle sang “These Boots Are Made For Walkin'” but couldn’t defeat Flower’s performance of Fifth Harmony’s “Worth It.”

The clues for Eagle included:  teaching a class; an old television; a serious health scare; loss of a parent; “I have soared to great heights as the face of my field.”; “I spent so much time listening to other people’s stories that I’ve neglected writing my own.”; “I’m gonna prove I don’t just hang out with rockstars, I am one.”

In the end the judges guessed celebrities from all facets of the industry including: Adam Carolla, Craig Ferguson, Jeff Goldblum, Bret Michaels, Pauly Shore, Howard Stern, but none of the guesses were even close.

Nick Cannon revealed Eagle to be none other than celebrity therapist and Teen Mom reunion host Dr. Drew Pinsky. He called his time on the show  “very bizarre” but was happy to have taken on the challenge.

Before Dr. Drew was revealed to be under the Eagle, Olympian Ice Skater Johnny Weir was revealed as the Egg, videogame streamer Tyler “Ninja” Blevins was the Ice Cream, and Laila Ali was Panda. 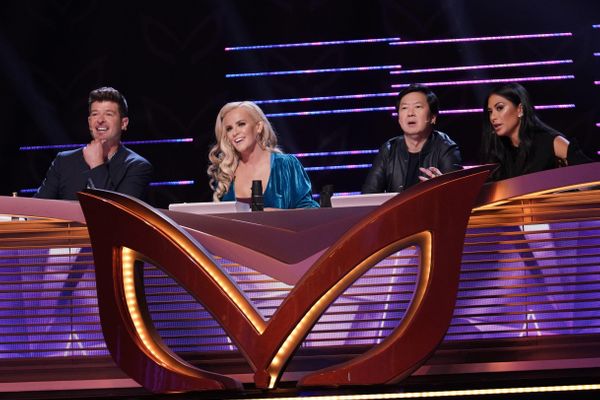