The Masked Singer’s Gremlin Contestant Revealed Their Identity Without Being Voted Out — Who Was It?

The Masked Singer’s Gremlin contestant revealed their identity without being voted off this year!

On Wednesday night, Group B made its debut, with Baby Alien becoming the show’s first toddler costume. Crocodile, Gremlin, Seahorse, Serpent, and Whatchamacallit completed Group B, and judge Nicole Scherzinger shared how impressed she was with the group. “We might be looking at the winner of season 4 right now,” she said of Seahorse after the contestant sang Rihanna’s “Only Girl (In the World).”

The night’s most surprising turn of events came, however, when Gremlin decided to take his mask off before the panelists and virtual audience had a chance to vote for their favorite performance. “I want to take this off right now,” Gremlin announced after performing “Stand by Me” by Ben E. King.

Host Nick Cannon attempted to stop him and the judges begged Gremlin to keep the mask on. “It’s not that part of the show yet!” Cannon said. Despite their pleas, Gremlin continued to take his mask off to reveal himself to be Mickey Rourke.

“I was just in the neighborhood,” the actor joked of why he wanted to appear on The Masked Singer. “I liked the show. I watched like four episodes and they asked me, ‘Would you be interested?’ ”

Since Gremlin self-eliminated himself, the other five competitors were able to stick around for another week.

The Masked Singer airs Wednesdays at 8/7c on FOX. 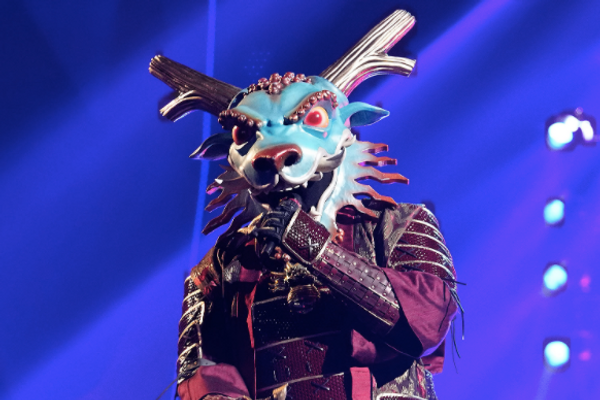