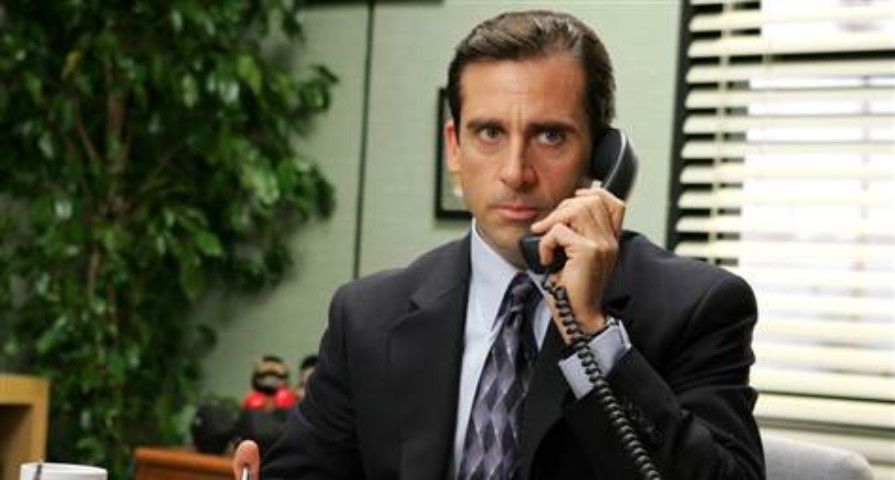 According to many crew members who worked on The Office, the exit of Michael Scott after season 7 wasn’t exactly Steve Carell’s idea.

In Andy Greene’s new book The Office: The Untold Story of the Greatest Sitcom of the 2000s, multiple individuals who worked on the series discussed the surprising shift in casting following comments Carell made during a 2010 radio interview, when he said season 7 would “probably be my last year” on the series, after his contract expired.

“He didn’t plan on saying it out loud and he hadn’t decided anything. He was kind of thinking out loud, but he did it in an interview in public and it created news,” said boom operator/sound mixer Brian Wittle in the book. “Then what he said was the people connected to the show had no reaction to it.”

He added, “So I think that made it easier, because when the news broke that he was considering it, the people that are in charge of keeping him there didn’t make a big effort to do so until afterward.”

Hairstylist Kim Ferry alleged that Carell “didn’t want to leave the show,” adding that the actor “had told the network that he was going to sign on for another couple of years.”

“He was willing to and his agent was willing to. But for some reason, they didn’t contact him,” she continued. “I don’t know if it was a game of chicken or what. That part I don’t know because I couldn’t believe why they wouldn’t want Steve Carell to stay on the show. Maybe they were just trying to wait it out and then they were going to offer him something lesser. … But I’m telling you that Steve wanted to stay on the show. He planned on staying on the show.”

She added, “He told his manager and his manager contacted them and said he’s willing to sign another contract for a couple years. So all of that was willing and ready and, on their side, honest. The deadline came for when they were supposed to give him an offer and it passed and they didn’t make him an offer. So his agent was like, ‘Well, I guess they don’t want to renew you for some reason.’ Which was insane to me. And to him, I think.”

“Somebody didn’t pay him enough,” casting director Allison Jones claimed. “It was absolutely asinine. I don’t know what else to say about that. Just asinine.”

Carell’s departure from the series came right around the time Bob Greenblatt replaced Jeff Zucker as chairman of NBC Entertainment. Both spoke with Greene for the book, with Zucker saying, “I vaguely remember having conversations [with Steve about staying], but I don’t remember any details around it.”

“I can’t remember the sequence of events, but I think Steve was already departing the show when I arrived,” Greenblatt said. “I couldn’t do anything about that since it preceded me.”

The Office producer Teri Weinberg said she thinks Carell “made the decision to leave on his own” and that executives, including Greenblatt, “would’ve wanted to have Steve” stay on.

“But I think he felt like he had seen his character progress in a way that was incredibly satisfying to him,” Weinberg added. “And he felt that it was time and the story had taken him to a place where the character was ready to make that move, and we respected that.”

The Office: The Untold Story of the Greatest Sitcom of the 2000s is now available.