The American version of the mockumentary style show The Office, was largely successful and ran from 2005-2013. The series was graced with veteran SNL and Simpson’s writer Greg Daniels, and consequently held promise from the outset. By the second season the show had garnered an audience and critical acclaim. It was nominated for 42 Primetime Emmy Awards, winning 5, plus it was named best TV series by the American Film Institute in 2006 and 2008, won 2 Screen Actors Guild Awards in 2006 and 2007, and won a Peabody Award in 2007! This list takes a look back at those actors who made the show a hit and just how much they’re worth today!

Estimated Net Worth: $14 Million. Even though Dwight Schrute was the most obnoxious character on the series, viewers couldn’t help but fall in love with his quirky personality! And while Wilson is best known for his work on The Office, he has also appeared on the big screen in Almost Famous, Juno and Transformers: Revenge of the Fallen. He’s been in other television series, as well as a recurring role in Six Feet Under and Backstrom. He’s also had guest appearances in Los Foly Guys and Reno 911. He’s done a substantial amount of voice acting including work on the Monsters vs Aliens series, Family Guy and Adventure Time. He currently has three films in post-production set for release this year: Shimmer Lake, Robodog, and Army of One and he is currently working on voicing Gargamel for Get Smurfy.  All of these ventures have earned Rainn Wilson a huge estimated net worth of $14 million!

Estimated Net Worth: $16 Million. Every girl fell for the sardonic nice guy, Jim Halpert, on the office for which Krasinski is said to have earned $125,000 per episode!  Much of Krasinski’s work prior to The Office was uncredited or in minor roles on shows like Without a Trace. But the show launched him to stardom, and he has been in countless films since the series start in 2005 including Jarhead, Dreamgirls, License to Wed, and Aloha.  He’s also graced the red carpet with beautiful A-lister Emily Blunt, whom he married in a secret ceremony in 2010. This year we can catch him in 13 Hours: The Secret Soldiers of Benghazi and The Hollars. He is also currently working on voicing the character of Owen in the Animal Crackers movie. His good-guy image has really paid off and he has garnered himself an estimated fortune of $16 million!

Estimated Net Worth: $15 Million. Jenna Fischer was the girl-next-door type when she played the lovable receptionist Pam Beesley on The Office, and her fans could never have enough! Since joining the cast of The Office she has gone on to appear on the big screen in Blades of Glory with Will Ferrell, Hall Pass with Owen Wilson, and Solitary Man with Michael Douglas! She’s also appeared in other television series like Newsreaders, You, Me and the Apocalypse and this year in The Mysteries of Laura. Jenna Fischer’s relatable persona and impeccable acting has earned her an estimated net worth of $15 million!

Estimated Net Worth: $3 Million. Leslie David Baker has a long list of single appearances on television shows like The 70s Show, Malcolm in the Middle, and Scrubs before landing the role of Stanley Hudson on The Office. He has also appeared in several movies like Road to Redemption and Wish I Was Here. Baker is also a musician and released his first single “2 Be Simple” in 2011. He has recently returned to television work, appearing in Key and Peele, Marry Me, and Still the King. All of Baker’s acting creds have amassed him a wealth of an estimated $3 million!

Estimated Net Worth: $6 Million. Brian Baumgartner got his start on stage and appeared in many theatrical productions before graduating university and moving onto the small screen. Some of his first appearances were in Progress, Arrested Development and Jake in Progress. The Office franchise was his big break and he landed the role of Kevin Malone in various manifestations of the series prior to 2005. Since the show’s end in 2013, Brian has had guest spots in various television series including Law & Order: Special Victims Unit, Hot in Cleveland, and a recurring role in Melissa and Joey. This year we’ll be able to see him in Geezer alongside Selma Blair and Judy Greer.

Estimated Net Worth: $12 Million. Angela Kinsey is best known for her portrayal of the uptight Angela Martin on the series The Office. In the series her character is the anti-social cat lady, and in real-life, Kinsey works in support of Ally Cat Allies, a non-profit dedicated to transforming communities and improving the lives of cats. But in spite of the irony and basis for her character on the show, Angela has also appeared in dozens of other series including Hot in Cleveland, The Hotwives of Orlando and Los Vegas, New Girl, and Impress Me. She’s done voice over work on shows like King of the Hill and American Dad. All of these ventures have helped Angela accumulate an estimated net worth of $12 million.

Estimated Net Worth: $7 Million. The lovable Phyllis Smith played the incredibly lovable Phyllis Vance/Lapin on The Office. She is also well known for her voice over work as Sadness in the animated film Inside Out. In addition, Smith has appeared in the television series Arrested Development, Trophy Wife, and The Middle, and in films like Bad Teacher and Alvin and the Chipmunks: Chipwrecked. She’s also done voice over work on the video game Disney Infinity 3.0. Even though Smith got her start in the biz later in life, she has still been able to amass a fortune of an estimated $7 million.

Estimated Net Worth: $3 Million. Oh crazy Creed Bratton! This guy has been around for a long time and actually got his start in the music biz! By the time he had reached high school he decided to travel the world and make music and by 1967 he was playing with a group of musicians who called themselves The Grass Roots. After becoming disillusioned with the recording industry, Bratton pursued acting and by 1975 he was seen on the small screen in Kolchak: The Night Stalker. Since then, he’s appeared in dozens of films and television series including The Bernie Mac Show, Labor Pains, Staged and Band of Robbers. Most recently he’s appeared in The Sound of Magic and Melvin Smarty, and Maybe There’s a Tree is currently in post-production. The longevity of his career has earned him a respectable estimated net worth of $3 million.

Estimated Net Worth: $50 Million. Steve Carell won a Golden Globe for his portrayal of the annoying boss Michael Scott on The Office and reportedly earned himself a whopping $300,000 per episode! Carell is also known for his work on Saturday Night Live, The Dana Carvey Show and The Daily Show. He’s been in films like Evan Almighty, The 40 Year Old Virgin, Get Smart and voiced the character Gru for the Despicable Me franchise. In 2016 we’ll see him in a currently untitled Woody Allen flick that is in post-production and Battle of the Sexes. All of his comedic roles have paid off and the actor has an estimated massive fortune of $50 million!

Estimated Net Worth: $15 Million. Mindy Kaling got her start with The Office as a writer before being employed as an actress and taking up the role of Kelly Kapoor. For her work as a writer and producer on the hit show, Mindy received 5 Primetime Emmy Award nominations! She has also worked alongside fellow cast-mates on additional flicks like The 40 Year Old Virgin, Inside Out, License to Wed, and Despicable Me. Kaling also starred in her own award-winning television series, The Mindy Project, and Time magazine named her as one of the top 100 Most Influential People in the World in 2013! All of her success has earned her a wealth of an estimated $15 million!

Estimated Net Worth: $4 million. Ellie Kemper got her start in acting while working with an improve group at Princeton University. She eventually made the leap to on-camera work and hasn’t looked back since. She made many fans during her role as Erin Hannon on The Office and has appeared in films like Get Him to the Greek, Bridesmaids, and 21 Jump Street. She has also appeared in various television series including The Mindy Project, the animated show Sofia the First, and starred in her own Netflix Original Series The Unbreakable Kimmy Schmidt. This year we’ll catch her voice over work in The Secret Life of Pets, which is set for US release in July. Ellie Kemper’s accomplished resume has garnered her an estimated net worth of $4 million!

Estimated Net Worth: $20 Million. Here is one cast member of The Office who may actually be better known for his film roles with the Hangover trilogy. Ed Helms has an extensive background in the biz and has appeared in various television series and films including The Daily Show, Evan Almighty, The Colbert Report, The Lorax, and Tiny Commando. He is also an avid blue grass fan and loves playing the banjo. This year we’ll be able to catch him in Bastards and Central Intelligence, and he is currently filming the upcoming series The One Percent with Ed Harris and Hilary Swank. His prolific career has generated a huge fortune of an estimated $20 million! 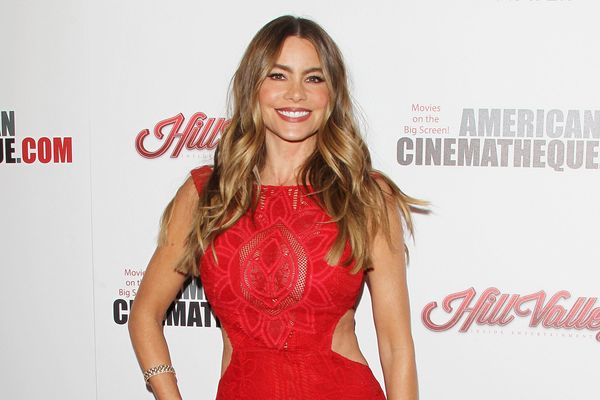