Jim and Pam Halpert from The Office have served as one of television’s most beloved couples, but their relationship wasn’t always supposed to be this way!

Turns out, the showrunners had actually planned for the couple to break up in season 9 which was revealed in the book The Office: The Untold Story of the Greatest Sitcom of the 2000s.

The author Andy Greene reveals that the show’s creator Greg Daniels envisioned a much different story for Jim (John Krasinski) and Pam (Jenna Fischer), who were married with two kids at the end of the series.

In the show, Jim and Pam confirm their relationship in season four after flirting throughout the previous seasons. They get married in season 6 after Pam found out she was pregnant, and then have a second child in season 8.

“Greg really wanted to do something extremely risky and high-stakes, which was the documentary airs and we see what effect it has had on these characters. And there was going to be a reunion episode where you see that Jim and Pam have split up by this time, and they will have their reunion in the reunion episode,” writer Brent Forrester says in the book.

The writers even considered introducing a relationship triangle with Pam and the docuseries’ cameraman, Brian. “Ultimately, I don’t think it was about actually going there. They never did anything. It was just to introduce worry in the audience,” writer Owen Ellickson says in the book.

Forrester explains the decision to ultimately cut the storyline and keep Jim and Pain together. “We had to pull the ripcord on it because it was so painful to the fans of the show. John Krasinski said to me, ‘Brent, this final season is for the ultra fans of the show. They’re the only ones really still left watching, right? This is for them. Jim and Pam splitting up is too painful for them to sustain all the way to the reunion. We have to get them back together immediately.'”

“I was like, ‘Wow, we can’t allow this beautiful couple to really be like on the verge of divorce. It’s too awful for them,'” Forrester says in the book. 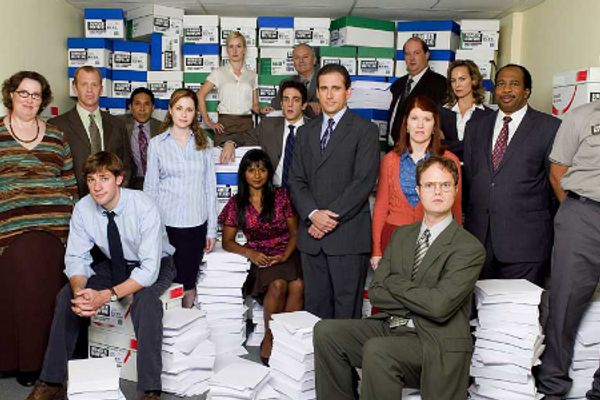 15 Things You Didn’t Know About ‘The Office’