15 Things You Didn’t Know About ‘The Office’

Meet the gang at Dunder Mifflin, a typical office where the often obnoxious and incompetent Michael Scott leads a zany crew of paper salespeople, accountants, and the adorable receptionist Pam. Over the seasons, new characters were added to the show’s main cast through mergers, resignations, promotions, hirings, and firings. To pass the time in a monotonous work environment, Dunder employees play pranks, plan parties, create the office Olympics, fall in love, and host the annual Dundees. The show ran for nine seasons from 2005 to 2013 and wrapped up with the marriage of Angela and Dwight on the Schrute farm. Here are 15 things You didn’t know about the show!

TV fans remember the dreaded writer guild’s strike of 2007, which abruptly halted the production of many beloved shows including The Office. Steve Carell (Michael Scott) was a guild member and would not cross the picket line to film The Office. To avoid the line, he called in sick with enlarged balls.

All the computers on the Dunder Mifflin set have access to the Internet and cast members are often perusing the net when they are in the background of a scene.

13. The Search for Michael Scott

All Office fans would agree that no one is more suited for the role of Michael Scott than Steve Carell, but Hank Azaria, Martin Short, Bob Odenkirk, and Paul Giamatti were all up for the part before Carell landed it.

During auditions, Rainn Wilson tried out for the role of Michael Scott, but was casted as Dwight Schrute. When the series was wrapping up, there were plans for Dwight to go it alone on a spinoff called The Farm, but instead it formed the main storyline for the finale.

The Office is actually a remake of the British comedy show of the same time, which aired from 2001 to 2003.  The show was created, directed, written, and featured Ricky Gervais. In addition to winning a British Comedy Award in 2001 and 2002, it also won a Golden Globe in 2003. At first the American version was going to be called The American Workplace, but the creators decided to stick with the original title.

Several characters began their careers as interns for the Conan O’Brien Show, including Angela Kinsey (Angela Martin), Ellie Kemper (Erin Hannon), Mindy Kaling (Kelly Kapoor), and John Krasinski (Jim Halpert). However, none of them worked on the show at the same time. Also Ed Helms (Andy Bernard) and Steve Carell (Michael Scott) both worked for The Daily Show with John Stewart.

B.J. Novak (Ryan Howard) and John Krasinski (Jim Halpert) are high school classmates as they both attended Newton South in Massachusetts and graduated in 1997. They were also on the baseball team together. Similarly Ed Helms (Andy Bernard) and Brian Baumgartner (Kevin Malone) both went to The Westminster Schools in Georgia.

Several of The Office’s main actors actually have the same name as their character. For instance, Creed is played by Creed Bratton, Oscar is portrayed by Oscar Nunez, Phyllis Smith appears as Phyllis Vance, and Angela Kinsey’s character is also named Angela Martin.

While filming The Office, John Krasinski was shooting Leatherheads (2008) with George Clooney and Renee Zellweger. He had to cut his hair short for the part, so he had to wear a wig when he played Jim in season three. Similarly, Ed Helms (Andy Bernard) was missing in several season nine episodes because he was filming Hangover Part III (2013).

Paul Liberstein (Toby Flenderson) isn’t really an actor. He is actually a producer of The Office, as well as King of the Hill, The Drew Carey Show, The Bernie Mac Show and The Newsroom. His character Toby was only supposed to be in one episode, but NBC President Kevin Reilly loved him so much, it became a recurring role.

While Angela (Angela Kinsey) and Pam (Jenna Fischer) are often at odds with each other on The Office, the two actors are really good friends off set. Fischer is actually the godmother of Kinsey’s daughter Isabel.

Throughout the running of the show, many of the characters drink Crystal Club Soda, which is actually a product of a soda company in Scranton called the Crystal Club Soda Water Company. Furthermore, Scranton now has a company called Dunder Mifflin and it is part of the Greater Scranton Chamber of Commerce.

Ellie Kemper originally tried out for a part on Parks and Recreation, a series with the same creators as The Office. Instead of going to Pawnee, Indiana, she settled for Scranton and signed on for four episodes. However, she became a series regular and stayed with the show until it was cancelled. 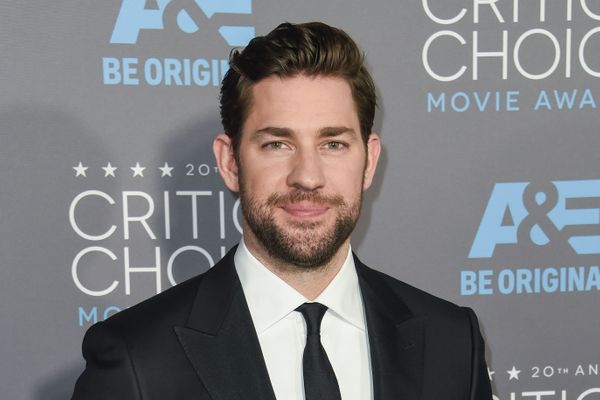