Tiger King‘s John Finlay has his sights set on two A-listers to portray him in an eventual biopic.

Finlay, who was featured in Netflix’s hit docuseries Tiger King: Murder, Mayhem and Madness, told PEOPLE that he would want Channing Tatum to portray him in a scripted adaption of his life story.

“He’s always had a special place in my heart,” Finlay said of the actor, sharing a sweet personal connection to the star. “He did a shout-out to my distant cousin; she [passed away due to] stage-four brain cancer. When he did his shout-out, he did it because it was on her bucket list.”

According to Finlay, his distant cousin (who passed away nearly six years ago at 18) had requested a kiss from Tatum – a wish he would grant in a personalized video message sent to her.

“He has a special place in my heart because of that,” Finlay said, adding, “But he’s [also] a really good actor, and a lot of people are putting names out there with him in it.”

However, if Tatum is booked, Finlay said his other go-to pick is Shia LaBeouf. “He would probably be a good choice because with a beard he can look like me, and he can relate to me,” Finlay said of LaBeouf.

Finlay is the ex-husband of Joseph Maldonado-Passage, better known as Joe Exotic (and also the Tiger King), who is the disgraced zookeeper at the center of the docuseries. The true story is set to be made into a Hulu limited series starring Kate McKinnon–no other roles have yet been cast.

“He would like Brad Pitt or David Spade to play him,” Chaiklin told The Hollywood Reporter, adding, “He doesn’t refer to David Spade as David Spade — he refers to him as ‘Joe Dirt.’ ” 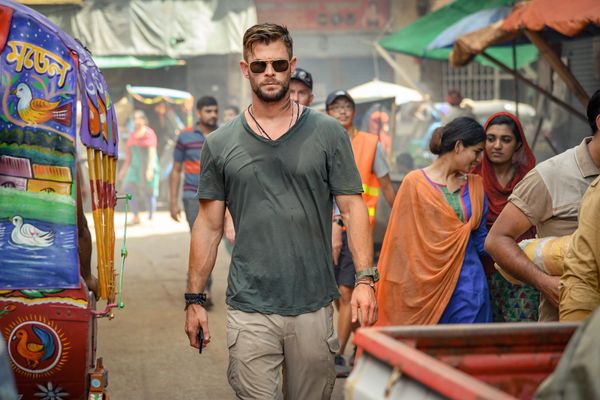