After the incredible success of Netflix’s film adaptation of To All the Boys I’ve Loved Before, fans are about to get even more!

On Thursday, August 15, the film’s stars Lana Condor and Noah Centineo took to their Instagram stories to reveal they finished work on the sequel, P.S. I Still Love You, which will hit Netflix on February 12, 2019 just in time for Valentine’s Day.

As anticipation for the sequel builds, Netflix also confirmed that the third film will be called Always and Forever Lara Jean, and it is already in production!

“#ToAllTheBoys: P.S. I Still Love You premieres February 12! And a third film —To All The Boys: Always And Forever Lara Jean — is already in production!!!” the tweet reads.

In the video, posted to both stars’ stories on Thursday, Centineo, 23, approaches Condor, 22, who is sitting in a garden in the front yard of a suburban house. “Why are you so sad?” he asks, and she replies that she’s actually happy.

“Why are you happy?” he asks again. She replies, “Because we have a release date!”

In a second video, Centineo approaches Condor and asks, “Why have we been filming the second To All the Boys for so long?” Condor replies, “I don’t know, but it doesn’t feel right,” before the pair reveal they’re working on the third.

After the incredible success of the first film, Condor said, “It’s been wild. We hoped [the response] would be like this, but I don’t think anyone thought it would be this awesome so we’re all very excited,” Condor said. She added of Centineo, “We’ve had chemistry since day one and we were just connecting and that just felt really natural to us.” 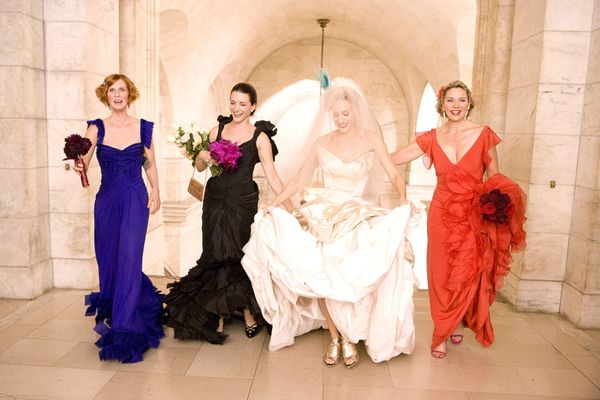