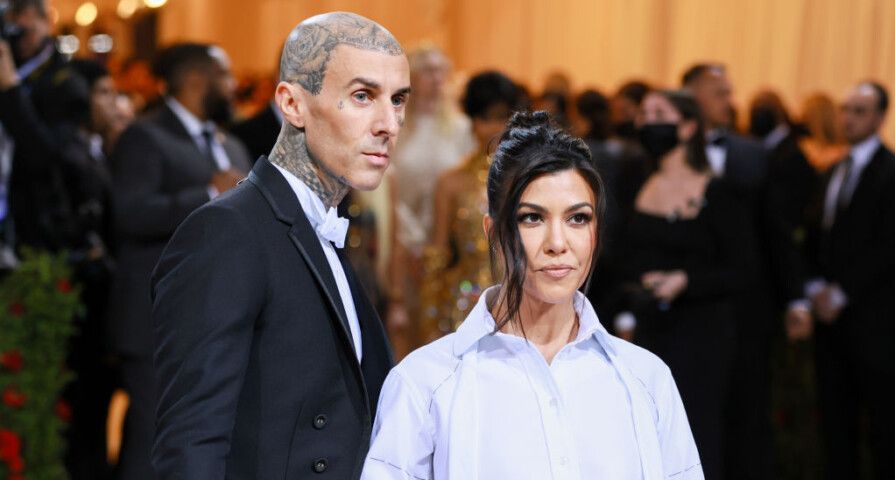 Travis Barker has been hospitalized due to pancreatitis.

The Blink-182 drummer was reportedly wheeled into Cedars-Sinai Medical Center in Los Angeles on a stretcher on Tuesday. Wife Kourtney Kardashian was also spotted trailing close behind her husband.

It has been confirmed that Barker is suffering from pancreatitis, which is a disease where the pancreas becomes inflamed. TMZ reported that the doctors believe his pancreatitis may have been triggered by a recent colonoscopy.

“It was pancreatitis,” a source close to Barker shared with PEOPLE. “He was complaining of cramps.” Another source added: “Kourtney was worried yesterday. They both were.”

Shortly after Barker was taken to the hospital, his 16-year-old daughter Alabama asked her followers to “please send your prayers” in an Instagram story. She also shared a since-deleted TikTok with a similar message. The video featured a photo of herself holding her father’s hand while he was seated in a hospital bed. “Please say a prayer,” she wrote alongside the video.

Barker and Kardashian recently tied the knot in an intimate ceremony in Portofino, Italy, last month. The couple celebrated with close family and friends over the course of three days. Barker proposed to Kardashian in October 2021 on the beach in Montecito, California. Barker set up a romantic heart made of roses and candles on the beach.