We Weigh In: Could Vanessa Marcil Be Headed Back To General Hospital?

Sonny Corinthos is currently MIA, but the truth is that he’s bound to pop back up in the land of Port Charles at some point soon. With that said, could his ex, Brenda Barrett, be on the cusp of a major General Hospital (GH) comeback?

It’s not uncommon for actress Vanessa Marcil (Brenda) to tease returns on social media; she’s done so many a time in the past. However, a recent Instagram TV post has fans once again speculating on whether or not Ms. Barrett could re-emerge onto the GH scene.

Her December 18th post is an old 1990’s clip that showcases an emotional clip between a much younger Sonny and Brenda, where Corinthos tries to push his love away.

While posting an old video clip from the soap is enough to raise an eyebrow or two, the fact that actor Maurice Benard (Sonny) commented on it, had GH audiences reeling. Simply put, Benard wrote, “Hi Brenda it’s been a while.” This was followed by a heart emoji, rose emoji, and a heart emoji.

This isn’t the first time that Marcil has hinted around a Brenda comeback, and as recent as this past summer, a GH “fan” posted on social media that they were happy to see Brenda leave the little town, where Marcil replied with, “I’ve got some bad news for ya.”

With the soap opera recently unloading two major characters in Lulu Spencer (played by Emme Rylan) and Julian Jerome (played by William deVry), not to mention Dustin (Mark Lawson) and Dev (Ashton Arbab) passing away, the idea of a Brenda return seems that much more plausible. Whether you love her or hate her, viewers would tune in, and past fans may float back to the soap if they’ve left GH for a bit. Marcil has the star power to help increase the ratings, which have been declining since COVID-19 lockdowns affected regular programming earlier in 2020.

Plus, the storylines she’d bring with her are endless! Brenda could try and reunite with Sonny or Jax; she may even give a relationship with Jason a go (he’s suddenly single after all). Whomever she chooses out of these three, she’s sure to pick up her rivalry with Carly right where they left off. She’s got history with the Quartermaines and may be able to ignite a friendship with Anna, thanks to her closeness with Robin. Plus, she’s got ties to Dante, too.

Want to know what’s happening on GH during the holidays? Check out our General Hospital Spoilers For Christmas 2020

A Brenda Barrett comeback could just be a tease on social media or the real deal, and only time will truly tell. Either way, if she does return, she’s sure to make life in the land of Port Chuckles that much more interesting. 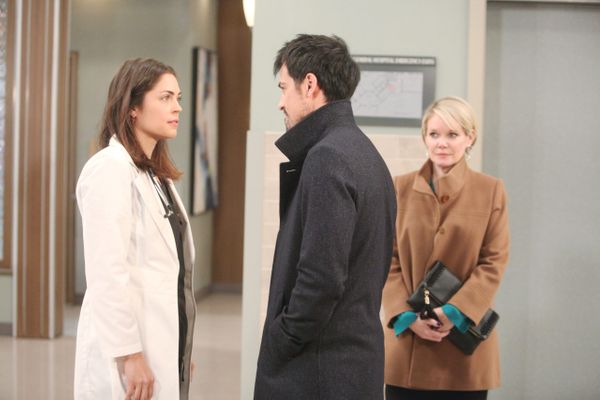