We Weigh In: How Might B&B’s Massive Plot Twist Impact Steffy, Ridge And Y&R?

The Bold and The Beautiful’s (B&B) supervising producer, Casey Kasprzyk, has been hinting at a major storyline that’s coming to the CBS soap opera. “This is [executive producer] Brad Bell at his best,” he promised.

Although Kasprzyk is sworn to secrecy, he has been releasing a steady stream of hype on Bold Live, the daytime drama’s Youtube show, over the past several weeks. What is he saying, exactly?

“I would say that as a fan of the show, this is good,” Kasprzyk said during the February 11th episode. “I’m excited.”

Want spoilers? Check out Bold And The Beautiful Spoilers For The Week (February 21, 2022)

When commentator Matt Hanvey worried aloud that fans might riot in the streets over the plot twist, Kasprzyk didn’t dismiss the possibility of outrage.

“I’m not saying that people won’t be upset…” he trailed off, in what might be the most tantalizing of teases yet. “All I’m saying is it’s big.”

B&B’s supervising producer has even given us an approximate scale of the storyline, insisting that the twist is “bigger than Sheila showing up [in 2017]” and bigger than Maya Avant coming out as a transgender woman in 2015. So, it’s pretty darn big!

Want plotline predictions? Check out Bold And The Beautiful Plotline Predictions For The Next Two Weeks (February 14 – 25, 2022)

Outside of sharing his excitement over an approaching storyline – which, let’s be real, is essentially Bold Live’s raison d’être – Kasprzyk won’t tell us much. We don’t know which characters the plot twist involves, nor when it’s all set to happen.

However, B&B viewers aren’t the type to sit by idly, waiting for another morsel of hype to chew on – we know how to put in our own work! So, let’s take a look at recent comments from B&B stars and deduce who might be involved in the next big storyline.

Krista Allen (Taylor Hayes) may as well be a B&B fan’s best friend – not only is she an insider, but her realness often reveals a little bit more than producers would prefer. Allen has been hyping her character’s current love triangle, but one tweet in particular caught many viewers off guard.

“I watch the BnB story unfold as scripts come in, just like y’all do when you watch the air shows,” Allen tweeted on January 26th. “I just read the latest scripts and… OMG!!!! Y’ALL ARE GOING TO GO NUTS!!!! Bold writers are brilliantly dishing out some gold!!!”

B&B typically tapes episodes about a month before they air on CBS, which means that the scripts Allen read have likely already been taped. With that in mind, we could find out what this plot twist is by the end of February or early March!

Given the hype train that Kasprzyk and Allen are riding, this twist might swerve away from Brooke, Ridge and Taylor’s current storyline – and not a moment too soon! Viewers are growing pretty fed up with Brooke (Katherine Kelly Lang) and how much airtime she’s getting, especially when so many other characters (Bill, Katie, Quinn, Eric, etc.) barely get a scene, as of late.

Want more spoilers? Check out Bold And The Beautiful Spoilers For The Next Two Weeks (February 14 – 25, 2022)

Could something happen to Steffy (Jacqueline MacInnes Wood)? B&B viewers are getting equally annoyed with the fan-favorite Forrester, who has been arrogantly pushing her own agenda. As Wood gears up for her third baby, it’s very possible that some unforeseen danger could take Steffy off-canvas for a new storyline.

Then again, something tragic could also befall Ridge! Thorsten Kaye revealed last summer that he had asked Brad Bell to write him out “next year, or the year after” so that he could travel with his family. Could Ridge’s royal rumble in the broom closet with Deacon (Sean Kanan) foreshadow his disappearance? Could Deacon be suspected of murder?

B&B fans have speculated on everything from Ridge eloping with Shauna (Denise Richards) to Bill (Don Diamont) prosecuting Taylor for shooting him (since her leaving LA was one of Bill’s conditions for not pressing charges). However, there’s a thrilling (if unlikely) prospect that we’re hoping will come to pass.

Recent spoilers for The Young And The Restless (Y&R) indicate that Jack (Peter Bergman) and Phyllis (Michelle Stafford) will get drawn into a mystery. At first, Y&R viewers suspected that this “mystery” was just a ruse to reunite the former flames, but new teasers reveal that a mysterious person is texting Jack to come to Los Angeles.

For B&B viewers who don’t keep up with Y&R, it’s worth noting that nobody in Genoa City seems to be aware that Sheila Carter is back in LA – not even her mortal enemy, Lauren Fenmore (Tracey Bregman). Given the iconic rivalry between Sheila and Lauren, not to mention Sheila and Phyllis, it would be amazing if Brad Bell’s big plot twist involved a “worlds collide” interaction between LA and Genoa City.

Let’s face it, everything that has gone down between Brooke, Ridge, Deacon and Taylor (including that closet brawl) has been thanks to Sheila’s scheming ways. It’s about time that Ms. Carter does more than cackle alone in her hotel room. Likewise, it’s overdue for Y&R stars Jack and Lauren to land a good storyline. Their presence in LA would also distract audiences from the impending absences of two major characters like Steffy and Ridge.

Beyond the logistics, viewers of both shows would love to see a committed crossover storyline, as opposed to the meager drop-bys of the past few years. 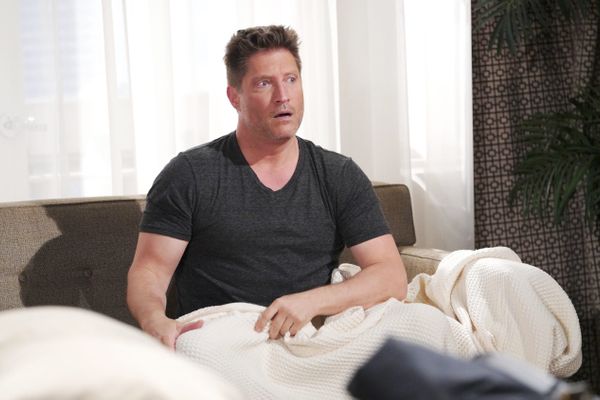 We Weigh In: Are B&B Writers About To Redeem Deacon Sharpe?