We Weigh In: Is B&B Rushing Through Storylines Too Quickly?

On The Bold And The Beautiful (B&B), writers seem to be rushing through storylines at a breakneck pace. Steffy’s addiction saga turned into a one-week plot point. Then, directly following, Ridge and Shauna’s relationship collapsed in a matter of days. This has fans wondering, what’s the hurry?

When the sudser returned with new episodes in late July the powers that be immediately teased there would be a social issue storyline involving Steffy. The Forrester co-CEO was severely injured in a motorcycle accident and needed pain medication.

Within a matter of a couple of weeks, she was addicted to her prescribed pain pills. Then shortly afterwards, she scored some illegal opioids from Vinny. But only a few days later, Steffy said she was addicted, and they wrapped up the whole plot. Surely they could have explored her addiction for at least another month or two.

Even more ludicrous, the day after Steffy admitted she was an addict, during an intervention, Ridge agreed to remarry Shauna. His daughter had just left for rehab and it seemed like he assumed he didn’t need to worry about her anymore.

Want B&B plotline predictions? Check out Bold And The Beautiful Plotline Predictions For The Next Two Weeks (October 5 – 16, 2020)

Ridge and Shauna’s Las Vegas wedding also wrapped up at an urgent pace. Denise Richards, who plays Shauna, literally phoned in her performance. She was in Spain shooting a film, so all her interactions were by video chat. Why didn’t producers wait until she returned, and then Shauna and Quinn’s manipulations could have come out more dramatically during an actual wedding ceremony? They could have saved this for November sweeps.

It’s also been a far cry from the plotline pace of 2019. Viewers will recall that the baby Beth storyline finally wrapped up last year. This was after about seven months of repetitive dialogue, with Flo, Xende, Zoe and Thomas discussing the secret over and over and over again. It’s like the writers can’t find a happy medium.

Want more B&B Spoilers? Check out Bold And The Beautiful Spoilers For October 2020

As far as spoilers go, it does look like writers will explore Steffy’s recovery, with Finn’s help, next week. But in keeping with this year’s storyline speed, will Steffy be cured before Halloween? Do you think the B&B is rushing through its storylines too quickly? Let us know in the comments below! 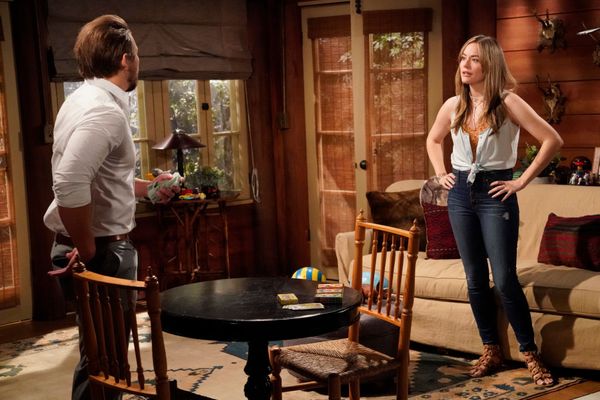