We Weigh In: Should Eric Take Quinn Back On B&B?

Bold And The Beautiful’s (B&B) Eric recently kicked his wife out of the Forrester mansion. He found out about a secret she’d been keeping from him for months and it didn’t go over well, to say the least.

As with most soap opera secrets, it all fell apart for Quinn when a heartbroken Eric overheard her cloak and dagger conversation with Shauna, and he confronted her. Her excuse was that everything she did was in the service of her best friend.

Although she knew her actions could lead to this outcome, as did we all, Quinn did it anyway. She told Shauna several times that above all else, they had to keep their manipulation of Brooke and Ridge’s relationship quiet. Otherwise, it could lead to the destruction of her marriage, which is exactly what happened.

Brooke has also had her say and she didn’t mince words. She told Eric he needed to end his marriage to Quinn. But will Eric take his ex-wife’s advice and kick Quinn to the curb?

Want B&B plotline predictions? Check out Bold And The Beautiful Plotline Predictions For The Next Two Weeks (November 16 – 27, 2020)

Queric has had the most stable marriage on the B&B for years now. Sure, she’s done things he hasn’t liked, but Eric has always managed to pardon her actions. In March, she uploaded a video of Bill and Brooke kissing to a digital photo frame. It played for all to see at their reunion party.

He was disappointed and reprimanded her, but he stuck with her, nonetheless. Even when she did the unthinkable and shared a few stolen kisses with Ridge a few years ago, Eric forgave her transgression. He thought dark Quinn was gone forever but now he believes she never really changed for the better.

Want more B&B spoilers? Check out Bold And The Beautiful Spoilers For November 2020

Quinn loves Eric and keeps pleading with him to let her move back in. It also seems obvious by the way Eric keeps gazing at her portrait above the fireplace that he still loves his wife. Normally, love and forgiveness go hand in hand, but will it in this case? Should Eric take Quinn back? 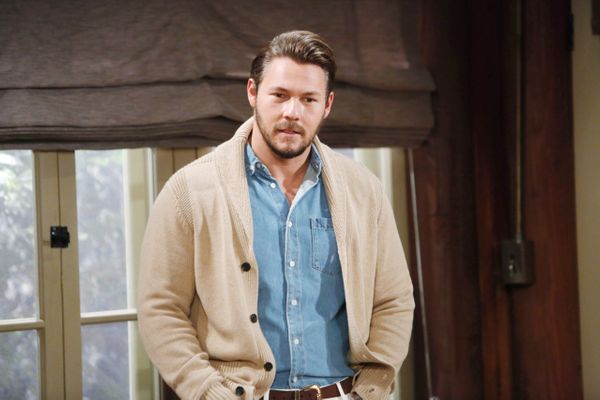 Bold And The Beautiful Spoilers For The Week (November 23, 2020)