In a recent interview with PEOPLE Now, Westworld newcomer Aaron Paul, who plays as an army vet turned construction worker, sat down to talk about what it was like for him joining the HBO series.

“During my hair, like the camera test. The hair and makeup test, wardrobe test. So many different people from different departments would say, ‘Welcome to war.’ But this is their third year coming back, it’s a crazy show, it’s a hard show,” Paul said.

When it came to working on the show, the Breaking Bad star said he worked “long hours” and there were “endless amounts of night shoots” which could mean he would be working 16-hour days.

“It’s brutal. A lot of people don’t realize at home is it’s grueling, especially the show. And so, but I wouldn’t have it any other way,” Paul said. “Really, I mean, this was a brutal, brutal show.”

During Westworld‘s filming, Paul’s daughter was just 1-years-old. He admitted that after his long days at work, he would get “just no sleep whatsoever” and that “it was a lot” to juggle.

Westworld is a remake of the 1973 Michael Crichton film about robots at an Old West theme park that turn on humans who use (and abuse) them. 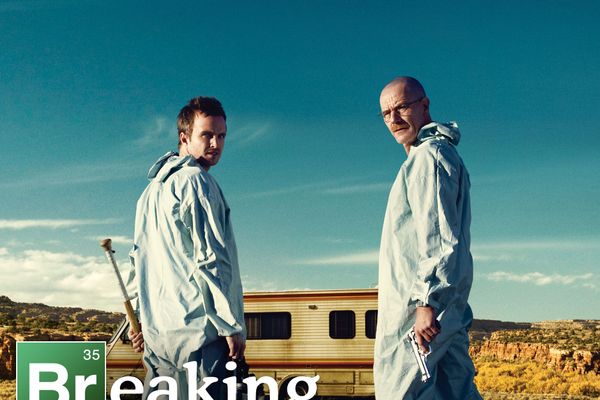