Who Does Rachel Pick On The Bachelorette 2017: Finale Spoilers Reveal Winner

Only a few episodes left until we find out who the lucky winner is of this seasons Bachelorette! It’s finally down to the final three men and, even though the season finale is just around the corner, for those who cannot wait any longer, we’ve got all the spoilers!

Every season Reality Steve gives up-to-date Bachelorette spoilers from rose ceremonies to one-on-one dates, right down to who gets the final rose. The three remaining men are Eric Bigger, Peter Kraus, Bryan Abasolo, and, while they are all good candidates for her, there can only be one winner (if there is a winner at all). Read on to find out who Rachel chooses in the end!

Who Does Rachel Pick On The Bachelorette 2017: Finale Spoilers Reveal Winner

Tonight, Rachel and her final three head to Dallas to meet her family. Typically, the family would travel to whatever location of the overnight dates and final rose ceremony, but because Rachel’s sister is pregnant, they switched things up and headed to her hometown! Eric, Peter and Bryan each had their own day to meet with her family. Peter met the family on Friday, Eric on Saturday, and Bryan on Sunday. It was a quick trip, because then they had to travel to their overnight dates which happened to be overseas in Spain!

In this week’s rose ceremony elimination, Rachel says goodbye to Eric Bigger. In the season finale, when it’s narrowed down to two guys, Peter and Bryan, Rachel chooses Bryan! The two are currently happily engaged and in love, and according to Rachel, she’s already looking forward to tying the knot! 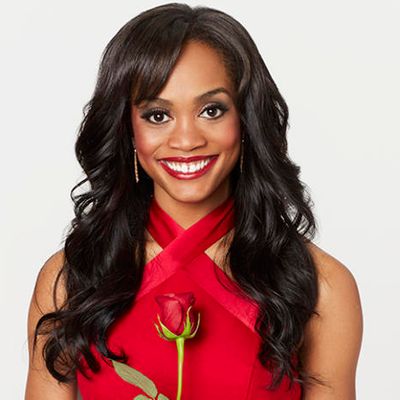