William Lucking, Sons Of Anarchy Actor, Has Passed At 80

Sons of Anarchy actor William Lucking has sadly passed at the age of 80.

The actor is best known for his role as old-school biker Piney Winston on FX’s Sons of Anarchy. A cause of death has not yet been disclosed, but the actor passed on October 18th at his home in Las Vegas.

His passing was announced by his longtime friend Stephen Macht on Facebook. The two had been friends for 46 years and Macht called Lucking a “lion, and his memory will always be a blessing.”

Lucking was born in Michigan in 1941 and moved to California in the early 1950s with his family. He attended the University of California in Los Angeles and went on to pursue a career in acting.

Lucking made his on-screen debut on the TV show Ironside in 1968. He went on to star alongside Faye Dunaway and George C. Scott in Oklahoma Crude in 1973. Over the years he starred in many notable films including Erin Brockovich, The Crazy World of Julius Vrooder, The Return of a Man Called Horse, The River Wild, The Rundown, and Contraband. He also has multiple TV credits including The A-Team, CBS’s Outlaws and Star Trek: Deep Space Nine.

Most recently, he played the role of Piermont “Piney” Winston on Sons of Anarchy. His character was one of the founders of the Sons of Anarchy Motorcycle Club and the father of Ryan Hurst’s Harry “Opie” Winston. He appeared on the series from its premiere in 2008 through season 4 in 2011. 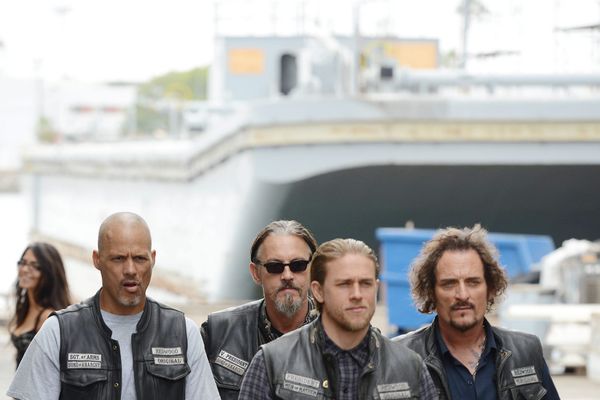