The Young And The Restless (Y&R) will kick off three days of special episodes on February 18 celebrating Eric Braeden’s 40th anniversary. The episodes will feature special guests and flashbacks, some dating back to his first year on the show.

Braeden’s character Victor Newman first appeared on the soap on February 8, 1980. Katherine Chancellor (Jeanne Cooper) had contacted Victor to help her run Chancellor Industries. It was supposed to be a guest spot that lasted two or three months, but the role turned into a 40-year run for the veteran actor.

“I am enormously grateful to the writers and my fellow actors and most importantly to (Y&R Co-Creator) Bill Bell,” Braeden said in a statement.

The actor spoke with CBS Soaps In Depth recently about his upcoming Y&R milestone. Braeden said he had a tough time adjusting to daytime television at first and asked Bell to give Victor an interesting backstory.

“I remember the day that Victor told Nikki about his childhood. I keep coming back to that because that was truly the moment I decided to stay,” Braeden said. “Now that Victor was a full-fledged character with an extraordinarily interesting past, I have loved playing him ever since. It’s as simple as that.”

Fans are hoping they’ll get to see flashbacks of Victor’s best friend Colonel Douglas Austin (Michael Evans) and his decades-long business rivalry with Jack Abbott (Peter Bergman) during the three-day celebration from February 18 to 20.

Victor is known for doing whatever it takes to defend himself and his family. He’s done questionable things in the past, like holding photographer Michael Scott (Nicholas Benedict) hostage and chained in his basement for weeks back in the 1980s. He also once got himself arrested so he could beat up an inmate who was bullying his son Nick. Most recently, he faked his own demise, to prove that his son Adam had been tampering with his medication.

Although Victor has retired from Newman Enterprises and passed the CEO reins over to his daughter Victoria, Braeden has assured viewers Victor will continue to play a dynamic role in Y&R storylines.

Congratulations to Eric Braeden on 40 years of playing the iconic Victor Newman! 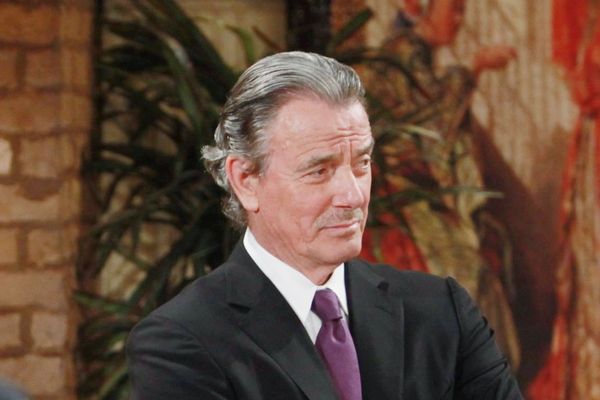