Model Sami Miro, 27, and Hollywood hottie Zac Efron, 27, seemed to get pretty serious, pretty quick and months into it, it definitely seems that both are quite smitten with each other – although for the most part they keep their budding romance under wraps.

Now, Miro is finally opening up her relationship with Efron in an interview with ELLE in which she says dating a high-profile actor is “different,” and also revealed the two met through mutual friends while he was shooting We Are Friends.

“I’ve never spoken about us before. but, um, it’s definitely different. I think that you have to take that [kind of attention] with a grain of salt, and put yourself in other people’s positions. I think that’s actually a really big part of it, putting yourself in their shoes, and trying to understand where they’re coming from, and then it kind of makes sense.”

Although she says she understands the celebrity obsession, she also spoke about not feeding into it by plastering her relationship with Efron all over social media.

“It kind of just comes with the territory, and I know there’s no really changing that, so you have to just embrace it. I’m not trying to hide anything in my life. If I was dating someone who wasn’t in the limelight, I might have more photos on [Instagram] of our relationship, but I do think it’s important. I mean, it’s what is going on in my life, and I think that social media can still represent that.”

While the pair don’t go seeking attention, they are often caught by the paparazzi attending sporting events, shopping for cars or just strolling about, and one thing is obvious, in the spotlight or not they sure seem happy.

Also Check Out: The 5 Best Teen Romances In Hollywood History 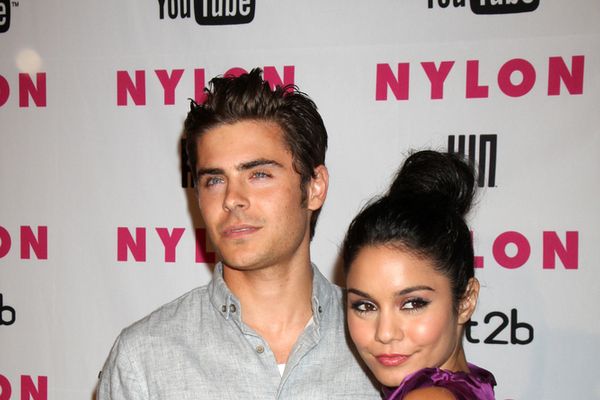