Zac Efron and Vanessa Hudgens – known to some as Zanessa – were one of Hollywood’s hottest teen couples when they dated from 2005 to 2010. These two really did seem like the real deal. They began dating just as their stars were beginning to rise and they managed to make things work for a really long time, especially considering how young they were when they began dating. Since these two were such a big deal when they dated, check out these 8 things you didn’t know about their relationship:

They met during the auditions for High School Musical. Producers had paired them together, and because of their chemistry, they remained a pair throughout the entire audition process. “For all of the partner things, me and Vanessa always got paired up,” he told People. “I was like, ‘They’re not trying us with other people.’ For some reason we kept sticking around [for callbacks]. I don’t know what it was with Vanessa, but we kind of clicked from the very beginning.”

Efron and Hudgens began dating while filming the first installment of High School Musical. He was 19 at the time and she was 18. The couple refused to discuss details about their relationship. “I want to keep that private – sorry. All I can say is that Vanessa’s a great girl. And I’d hate to say more about it because by the time this interview comes out; it may or may not be relevant,” he said in a 2008 interview.

6. They Didn’t Live Together

The couple didn’t live together when they were dating. Instead, they lived seven and a half minutes apart. “We’re not far from each other. We’ve timed it now … if there’s no stop lights and if you take the back streets, you can get there in seven and a half minutes. Yeah, it’s pretty funny. So we’re not living together but we spend a lot of time together,” he told Wonderland magazine.

In their relationship, he was the more adventurous one while she was more reserved. She was hesitant about trying new things and he enjoyed taking risks. Even something as simple as going on the red carpet freaked Vanessa out! “Going to events gives me such anxiety. I get hot flashes! I can’t breathe, and I get claustrophobic,” she told People. “It’s a very odd business. I don’t know if I’ll ever get used to it.”

After dating for five years, Efron and Hudgens broke up in December 2010. According to a source, the breakup wasn’t dramatic and there were no third parties involved. The source also insisted the former couple was still friends; however, they have since lost touch. The reason for the breakup was that the relationship had run its course and the two had just grown up.

After their breakup, Vanessa admitted that their busy schedules played a role in their breakup. “Long distance relationships are hard no matter what,” she told Shape. “When you don’t have face-to-face time, it’s just different. Having an iPhone helped, but it just wasn’t the same.” These two spent a good portion of their relationship working on the High School Musical films, so when they moved on to other projects, they found themselves on opposite sides of the country working on different movies.

During their relationship, the actress found herself getting jealous of the attention her beau was getting from the ladies. “I went through a phase when I was really mean because I was so fed up,” she told The New York Times. “Girls were running after him, and I was giving them death stares. Then I realized that’s not what that’s about. ‘Spread the love, be a good person, they support you, be nice.’”

1. He Wasn’t the Marrying Kind

While Zac was definitely a one-woman man, he did admit that he had no plans get married. “I’m definitely not getting married,” he told GQ in 2009. “In this business, you’re either getting married or they want you to be pregnant. I’m not getting married until I’m 40. If ever. The thought never crossed my mind.” The thought seems to have crossed Vanessa’s mind. In 2011, shortly after her breakup with Zac, she told Shape that she hopes to be married with a baby by the time she’s 30! 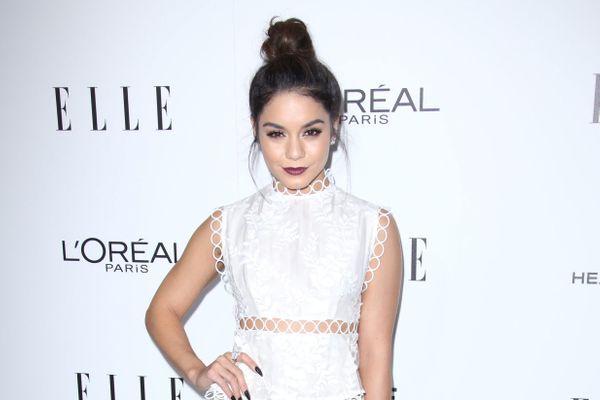