Love is always in the air on soap operas. Couples hook up, break up, only to make up again. Some lovebirds can make it through the long haul, while others are simply an epic fail. Genoa City is no exception when it comes to love stories that have gone right and wrong. Below is an overview of Young and the Restless (Y&R) couples who hooked up (and broke up), but should never get back together.

Sparks fly whenever these two are in the room together, but they are just so bad for each other. The sad thing is, they can’t even be friends at this point because doing so always leads to something in the bedroom. Is it Adam’s darkness or Sharon’s vulnerability that causes them to spiral when they are together? Maybe it’s both!

Once an unbreakable force in the land of Genoa City super couples, the straw that broke the camel’s back for Lane was Cane’s lies and cheating. Especially when he kissed Victoria while Lily was suffering in prison. Sure, Cane isn’t on canvas right now, but there’s always a good chance he could stroll back in town. Lily deserves a fresh romance, so she should steer clear of any potential reunions with her ex.

Vicky and J.T.’s first romance had its ups and downs. Vicky and J.T., the second go-around, was an epic fail. Not only was he physically and mentally abusive, but she also tried to ax him with her gal pals, buried him alive, and then tried to cover it all up. He’d come back to the land of the living, and then things got ugly from there. Sure, Hellstrom was suffering from a brain tumor, which did explain his nasty behavior, but there’s no getting over some of the other stuff that went down between these two.

Chloe and Chance had a really cute relationship back in the day. Despite not being able to make it work, and Mitchell turning to his brother Ronan, there wasn’t that much ugliness during their breakup. Truth is, Chance is a better fit with Abby, and Chloe has a good thing with Kevin. Therefore, these two should just stay friends, and away from anything romantic.

Speaking of good old Jackie, another couple that should refrain from a reunion is Phyllis and Jack. For about 17 years or so, this couple has been on-again/off-again and the beauty of these two is Jack has always adored Phyllis and accepted her for the scheming and manipulator she is. What’s the biggest thing that seems to always come between these two? Phyllis’ inability to remain faithful to Jack while they are together. She cheated on him with Nick Newman in the early 2000s which ended their marriage at that point in time, and she also engaged in an affair with his brother Billy. Phyllis needs to stay as far away from Jack as possible when it comes to love that is.

Victor has always had a soft spot for Ashley Abbott. While she is the sister of his nemesis Jack Abbott, there’s always been an unspoken fondness that Newman has for her. The two were married twice and did make a pretty solid power couple in the land of Genoa City at one point in time. With that said, as much as Victor has fancied Ashley over the years, his heart belongs to Nikki, which has ultimately been the downfall of this relationship. Unless Nikki passes on at some point, these two should just steer clear of each other and keep their relationship only “business-friendly.”

It was awkward, creepy, and horrifying. The union of Shictor did occur in 2012 and the two got hitched twice that year (both marriages were annulled quickly after). While Victor may be warming up to Sharon as of late, the two have been mortal enemies for years, so here’s hoping they can rekindle the friendship they once shared. Seeing them as a couple again may just cause some Y&R fans to simply stop watching the show. The coupling was just terrible (and gross) to watch. 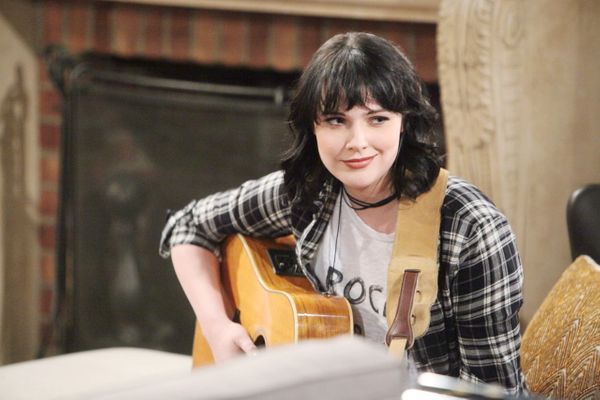