Young And The Restless: Plotline Predictions For November 2019

Heading into a new month, it’s only natural for fans of Young and the Restless (Y&R) to sit and speculate around what may come next. Will new romances emerge? What will go down in the world of corporate cosmetics? Will some old characters return, or will new characters pop up? As such, below are some Y&R plot predictions for November 2019.

Actor Jeffrey Parise enters the land of Genoa City in early November, with Y&R spoilers teasing that he has revenge on the brain, intending to target someone in the little town. Teasers also reveal that he’ll have a run-in with Chelsea when he first hits screens. Could Adam Newman be on his mind? The best way to get to Adam is through Chelsea and Connor! 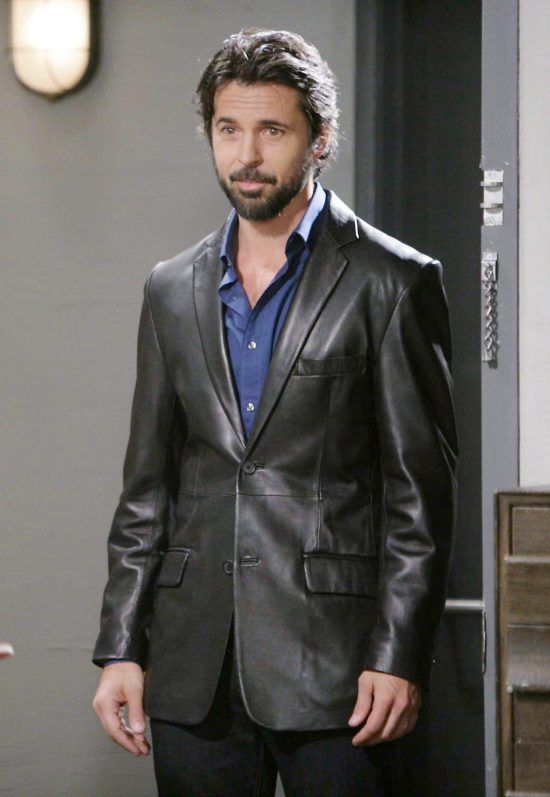 Or could Simon be involved in Chelsea’s money laundering scam? Y&R spoilers indicate that she’ll get into deep water this month and ask Kevin and Chloe for some backup. Having said that, it seems as if Adam will eventually be the one to come to her rescue, so perhaps he bails her out of a situation with money. He’s got plenty of it. 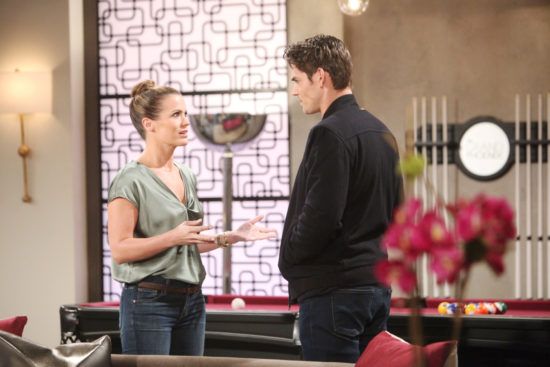 Could this mean fans will be privy to a Chadam reunion? Newman seems far less focused on Sharon these days, and much more focused on his son. He’s also doing a pretty good job as dad, but he does have a lot to make up for. Having said that, if he helps out Chelsea when she’s in a pinch, and she sees him truly focusing on his son, she really could fall in love with him all over again. 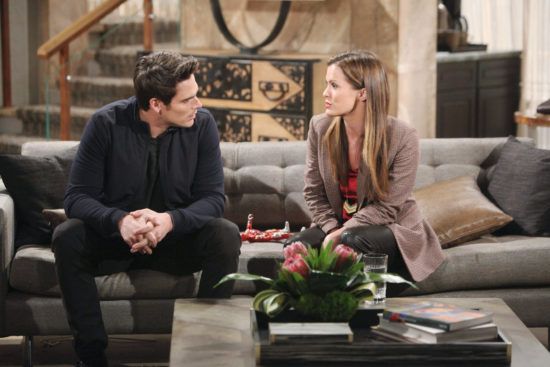 Another door that could open up a Chadam reunion is Nick. Y&R spoilers suggest that he’ll embark on a new career change and run for city council. Political campaigns can be time-consuming, plus stressful and straining for spouses and family. Could this cause Chick to drift apart and break up? 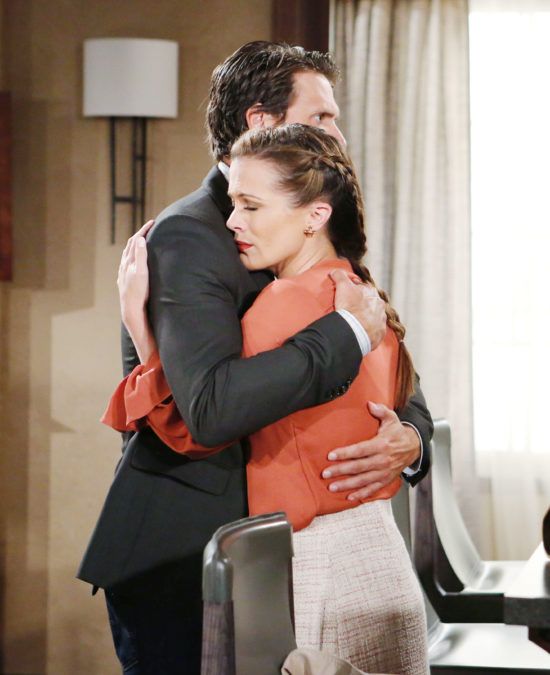 Y&R spoilers are teasing some romance with Sharon and Rey, but also some hesitation. Sharon will struggle with placing her feelings for Adam behind her, while Rey will wonder if Sharon is someone he truly wants a future with. In the end, these two just might make it, and November could offer obstacles that they successfully hurdle over. 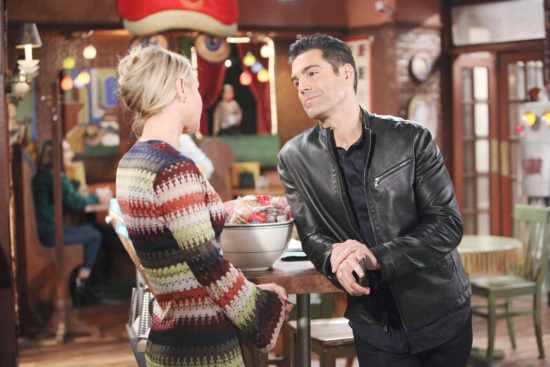 It’s confirmed! Dina had an affair at the end of her high school year and gave the baby she had up for adoption. Jack and Traci recently learned that they have another sibling named Eric Vanderway, but it seems as if he’s passed on. Kyle did some digging and connected Eric as Theo’s dad. Small world? With that said, Y&R spoilers relay that Eric, played by actor Jon Briddell, is set to hit Genoa City on Friday, November 8th. Clearly, Eric is alive and for one reason or another, was presumed otherwise. Or, could this character be a twin to Eric? Perhaps pretending to be Eric in order to gain access to Dina’s money and the Abbotts? It seems Traci and Jack will struggle to protect their family’s legacy this month. 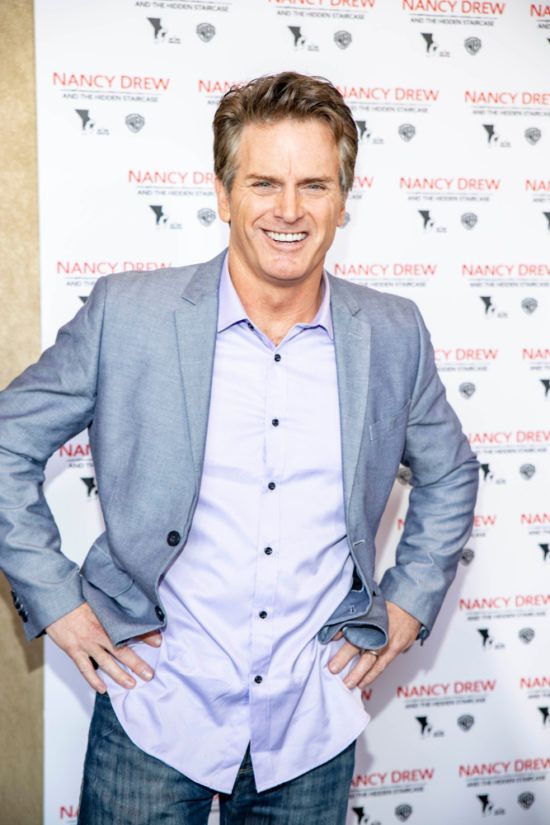 While Kyle frets about Theo potentially being his cousin, Lola continually sees the good side in Vanderway. This spells bad news for the Kola relationship, and things will continue to crumble between these two if they remain on opposite sides when it comes to this character. Seems like Theo is playing the “friend” card to move in on Lola. 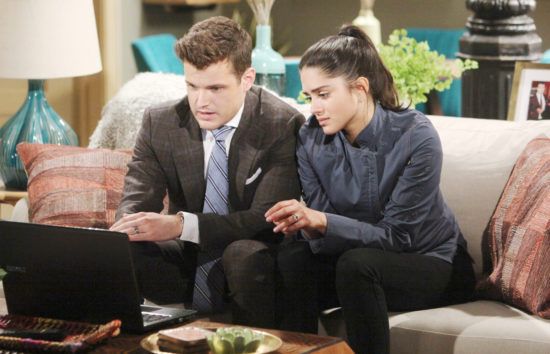 Kola doesn’t only have to contend with Theo, but Summer as well. She and Kyle are working very closely these days, and while she has nothing up her sleeve, fans know she still has feelings for Kyle. Could Kyle mistakenly see something go down between Theo and Lola at some point in November, and in a rage, have a one-night stand with Summer this month? 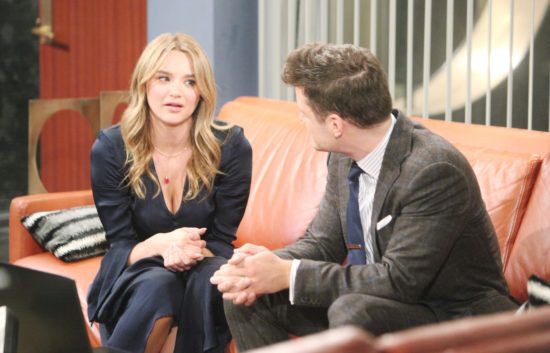 5. Have They Really Cleared The Air?

Billy insists that his dark side is gone, and it seems that he and Adam are trying to move on from their animosity towards each other. With that said, Y&R spoilers hint that Vicky will continue to worry about Billy this month, so where there is smoke, there is fire. If she’s concerned, there needs to be a reason why. 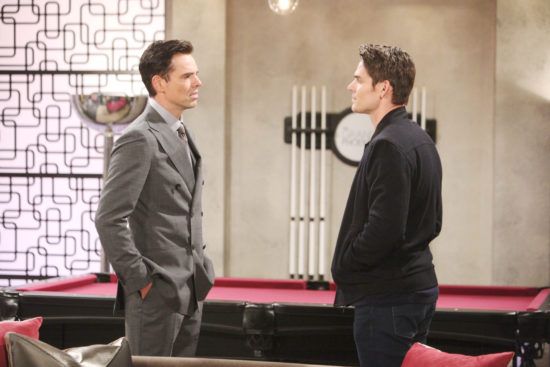 There were some sparks between Amanda and Devon recently when Katherine’s will was resolved. There’s no way the lawyer could simply up and move on, as her work in Genoa City is far from over. It’s hard not to predict that Devon may continue some sort of friendship with Amanda, one that may turn into romance … one that may cause Elena to fall into Nate’s arms. 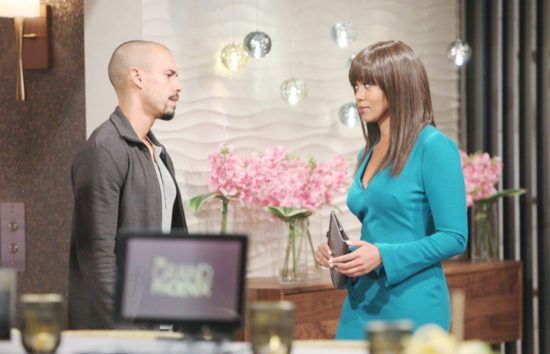 Seems as if Katherine really did want Cane to inherit her fortune … or did she? This could be a scam, and it seems to have Colin Atkinson written all over it. Y&R spoilers are teasing that Jill will try and get to the bottom of it all, and if she does, will Colin re-emerge onscreen? Actor Tristan Rogers, who plays Colin, is quite busy with work on General Hospital; however, he could do double duty. 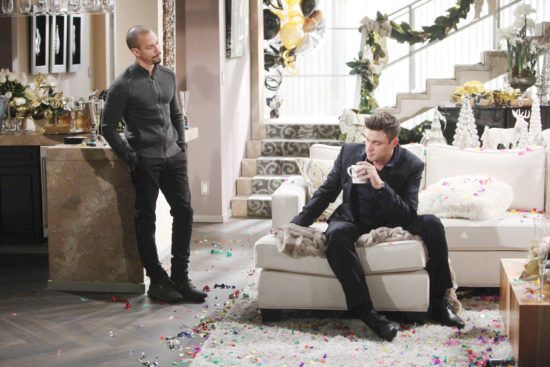 Cane’s always been a pretty good character. Okay, he’s made mistakes and has lied in the past, but would he really go to extreme lengths to snag Devon’s fortune? What if Colin and Cane are in this scam together? It would make sense, especially with how Devon has treated Cane in the past. He may be sick of Lily’s family and all they have piled on him over the years and looking for revenge. 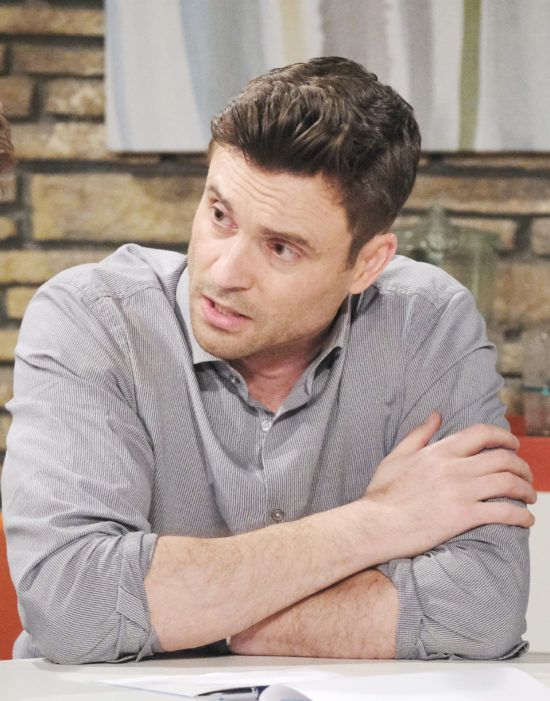 According to Y&R spoilers, the safety of Genoa City and its residents will be at risk in November. Teasers aren’t providing a ton of information, but Paul Williams will be on the job to do his best to keep everyone safe. Could this be a threat of some sort? A potential attack on the little town? Seems like a huge storyline is on the horizon that may also mean fans need to gear up around possibly losing a favorite character from the show, too. 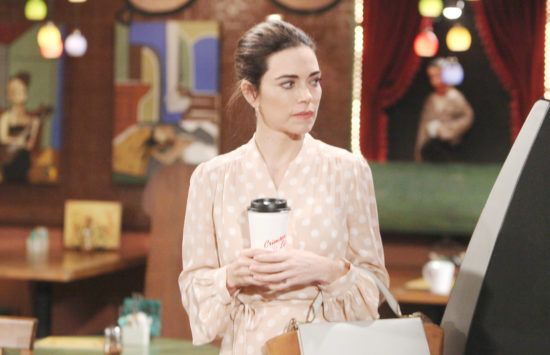 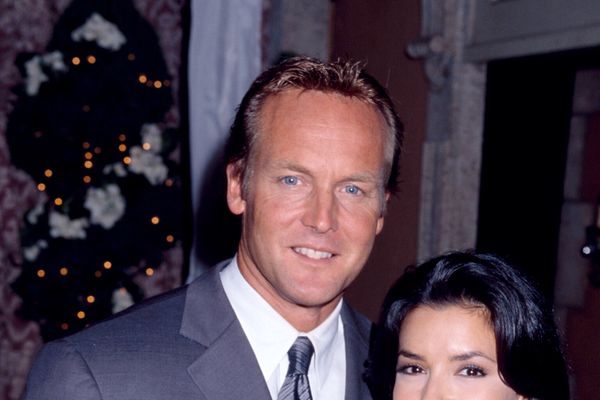