Young And The Restless: Plotline Predictions For November 2021

What kind of plans does Jill Abbott have upon her return to Genoa City? Will Billy and Lily get the best of Victor, or will it be vice-versa? Can Phyllis and Nick hold on to their romance in time for the holiday season? There’s nothing Young and the Restless (Y&R) fans love more than speculating on storylines! As such, below are some Y&R plotline predictions for November 2021.

Jill may return to Genoa City to keep a closer eye on what’s happening with Chance Comm. She knows that Newman Media is hot on their tails. Y&R spoilers hint that Lily and Billy will come up with a plan to “turn the tables” on Victor, and Ms. Abbott may want in on that plan. She may be the one who has a plan of her own. Never count Jill out when it comes to bold scheming moves. 11. The Plan Fails Because Billy Does Something Hot-Headed

Y&R spoilers for November promise some twists and turns in this storyline. There’s a good chance the team at Chance Comm fails to pull the wool over the Moustache’s eyes. There’s also a good chance that the reason they fail is Billy. He may react quickly to something instead of thinking things through. #ClassicBillyBoy 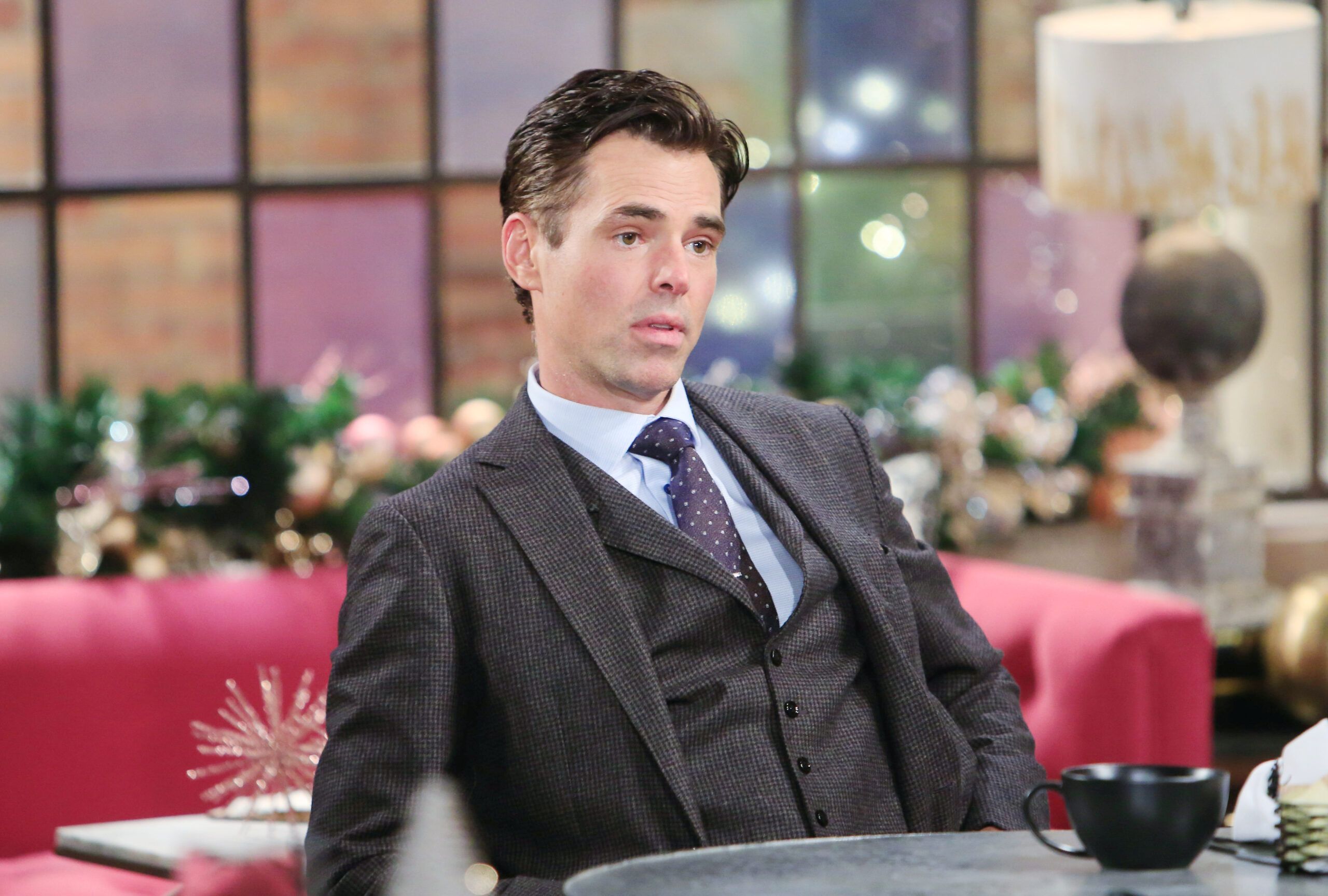 Y&R spoilers for next month also note that the Billy and Lily relationship will be tested. Could Lily decide to step back from Billy for a bit? He continually tests her patience, and this latest move could be the straw that breaks the camel’s back. If Abbott is behind Lily’s career downfall, it might also result in the downfall of their romance. 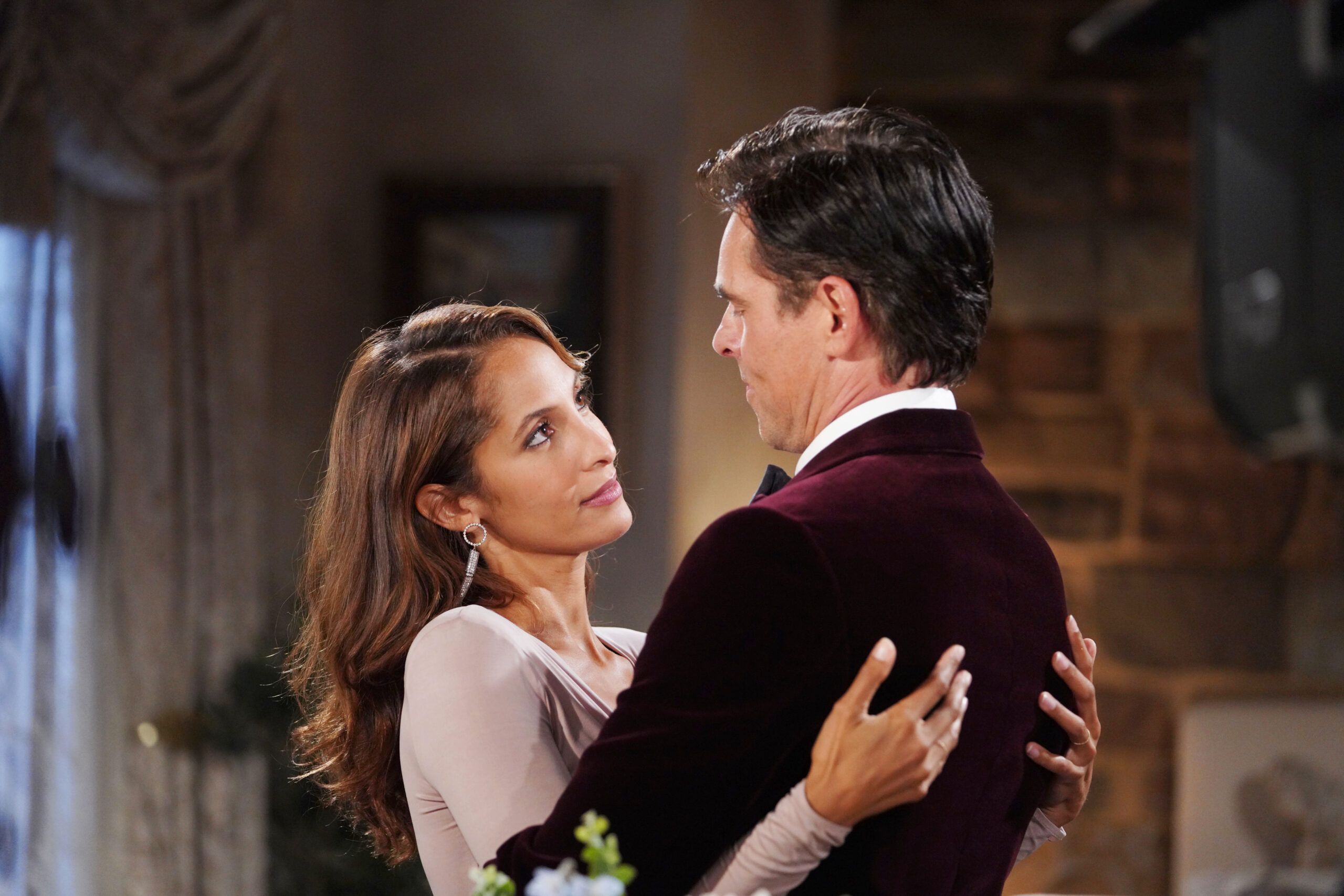 9. Phyllis and Nick Break Up, But Jack Is Wary

One couple that will break up this November is Nick and Phyllis. While one would think this would naturally turn into a Phyllis and Jack reunion, Jack is sure to be wary. He loves his Red, but he might not like the idea of being the second choice. If Nick breaks up with Phyllis, Jack could feel like her plan B. Plus, he’s been hurt by Phyllis in the past. In fact, she’s cheated on him more than once while the two were married. He will certainly want to be a friend to her during this time, but will shy away from a reunion. 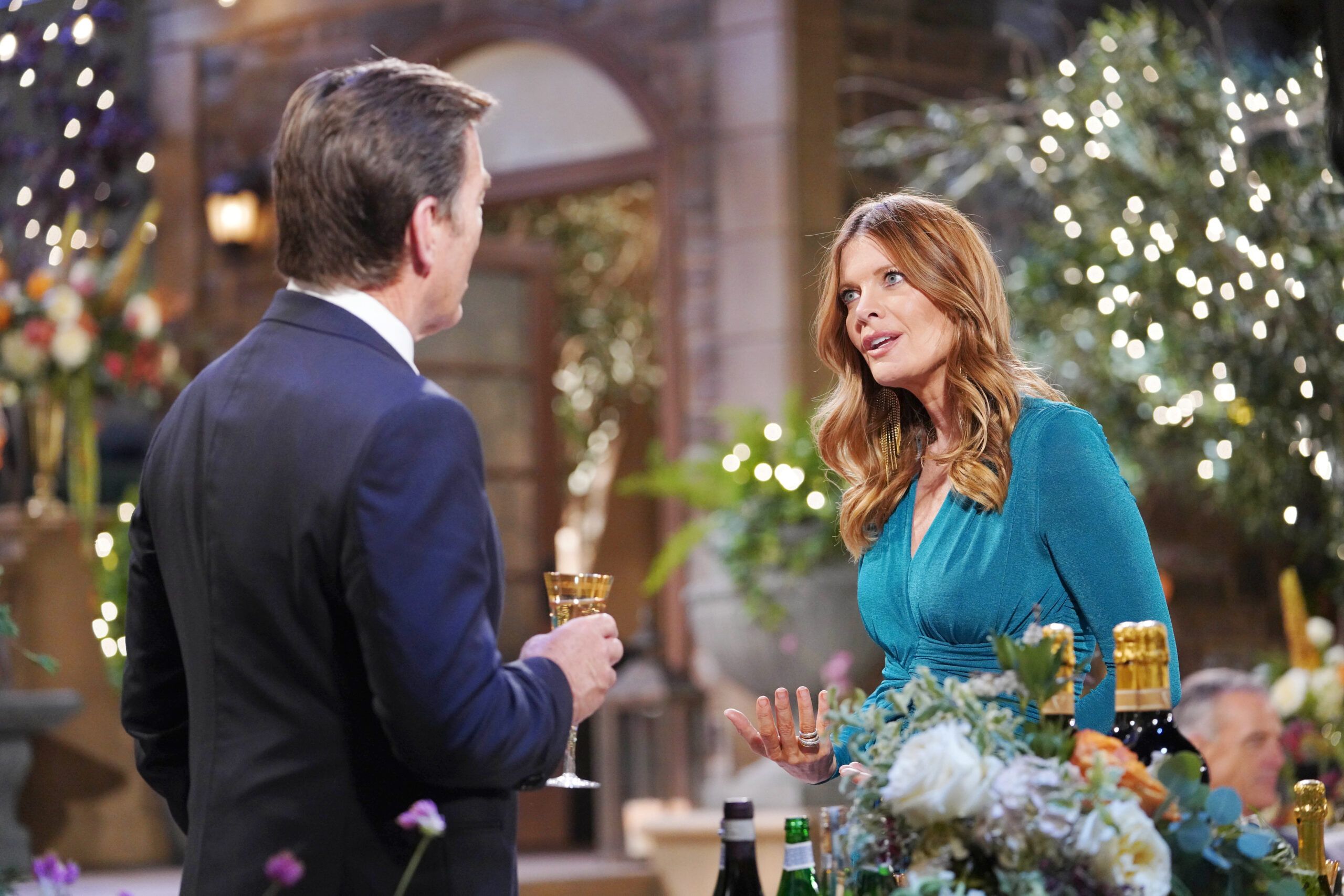 Nick may also warn Jack to stay away. Y&R spoilers hint that both men will have lingering feelings over Phyllis. Despite their breakup, Nick is bound to still be jealous if he sees Phyllis and Jack together (even just as friends). Newman may remind Jack that if he does hook up with Phyllis, he’s the second choice, which might cause Abbott to tread slowly into a reunion with Red. 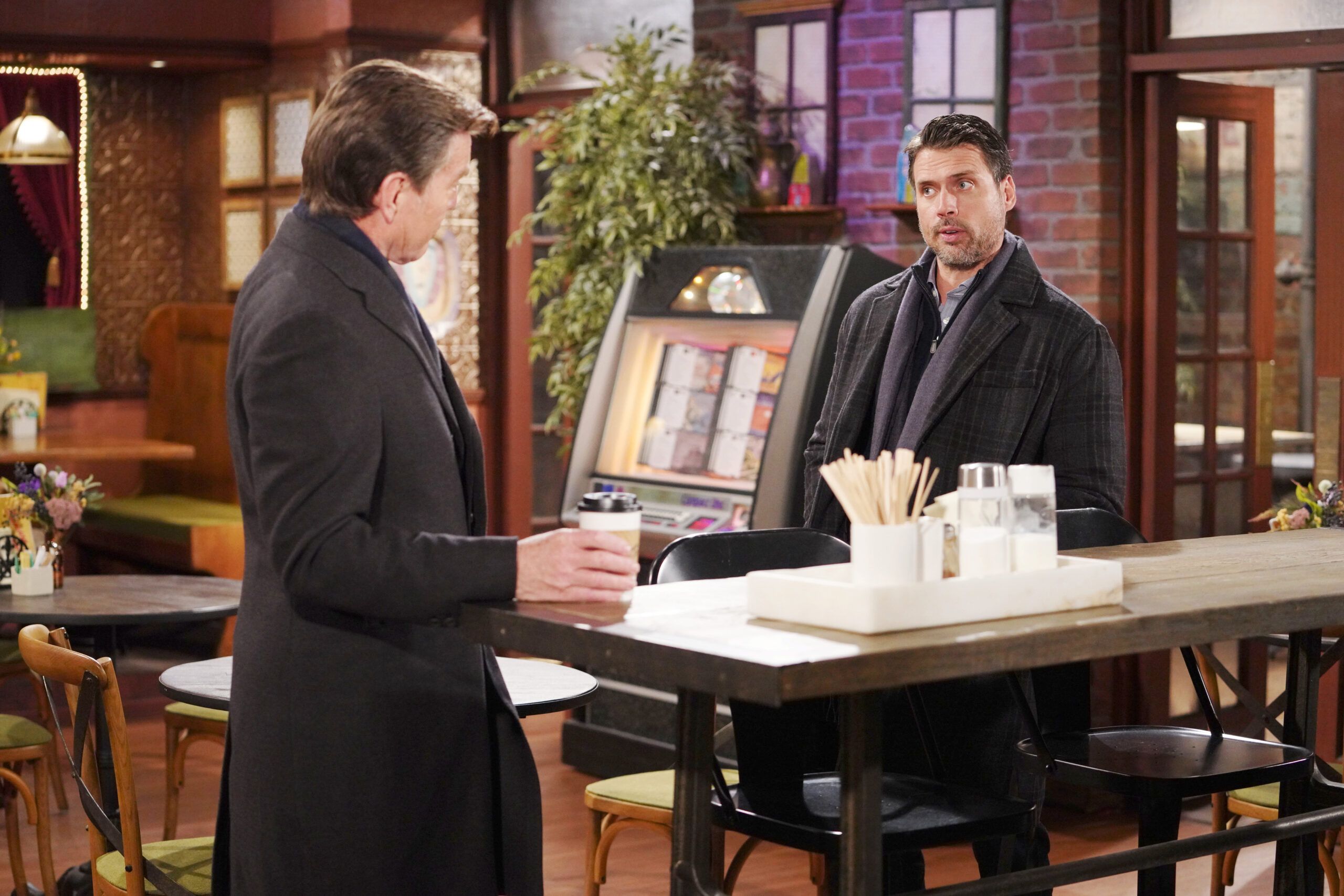 7. Vic and Ash Make The Best Of A Bad Situation

Ashland’s about to get some bad news about his health. Does this mean his days are numbered? There’s a good chance of that. Victoria and Ashland will likely cling to their last moments together, as much as possible. It’s bound to be a very emotional time in Vic’s life, as she slowly watches her husband slip away. 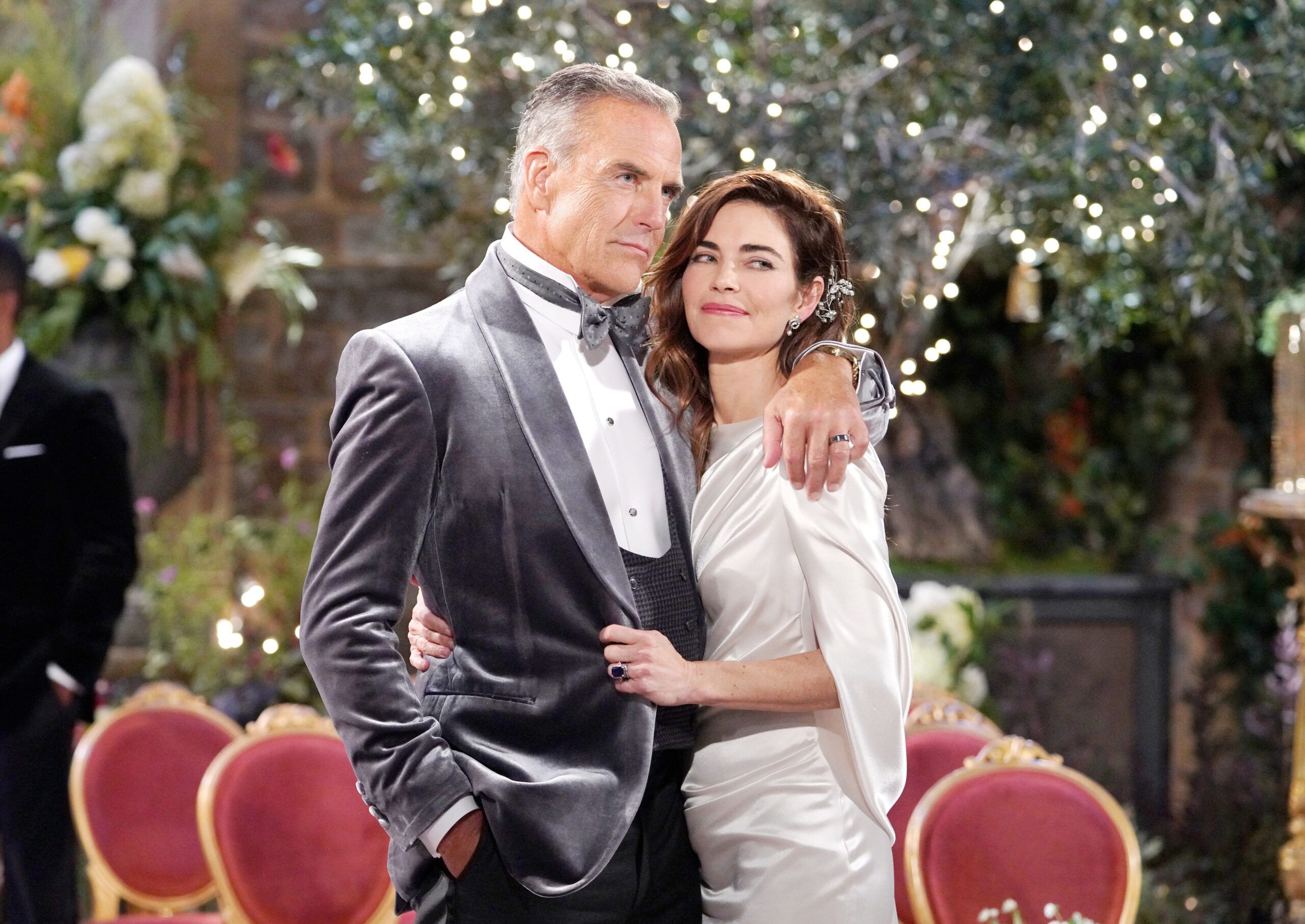 6. Tessa and Mariah Continue To Struggle

There’s a good chance that Tessa and Mariah will continue to struggle in their relationship. The news about Chance will likely flip Copeland’s world upside down, too. She’ll try to figure out how she now fits in Dominic’s life, as he only has one parent to rely on. Could Mariah back off on the idea of having her own family? 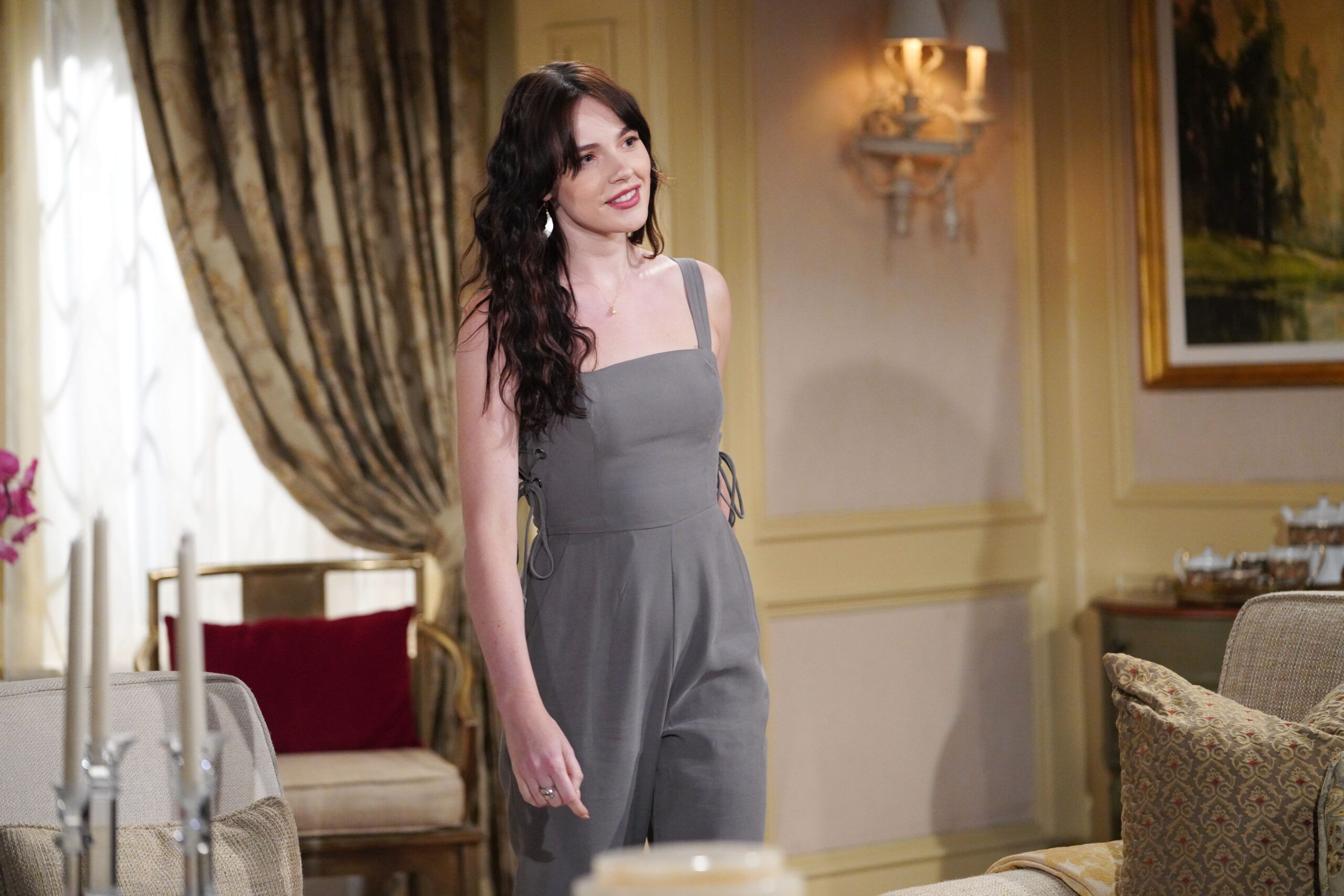 5. Sparks Fly Between Noah and Tessa

Could Noah and Tessa cross a line in November? What if she and Mariah have a fight, and Noah is there to help her pick up the pieces? What if the two wind up in bed together? What if they don’t protect themselves during the situation? How would Mariah feel if she found out her girlfriend cheated with her boyfriend and wound up expecting?

4. Devon Steps Up For Dominic

Devon will likely step things up for Dominic now that Chance is gone. Abby will likely have mixed emotions about her son growing up without a father, and Hamilton will do all he can to comfort those fears. But would he decide to formally adopt the child? How would that all work, considering he’s the biological father of Dominic? 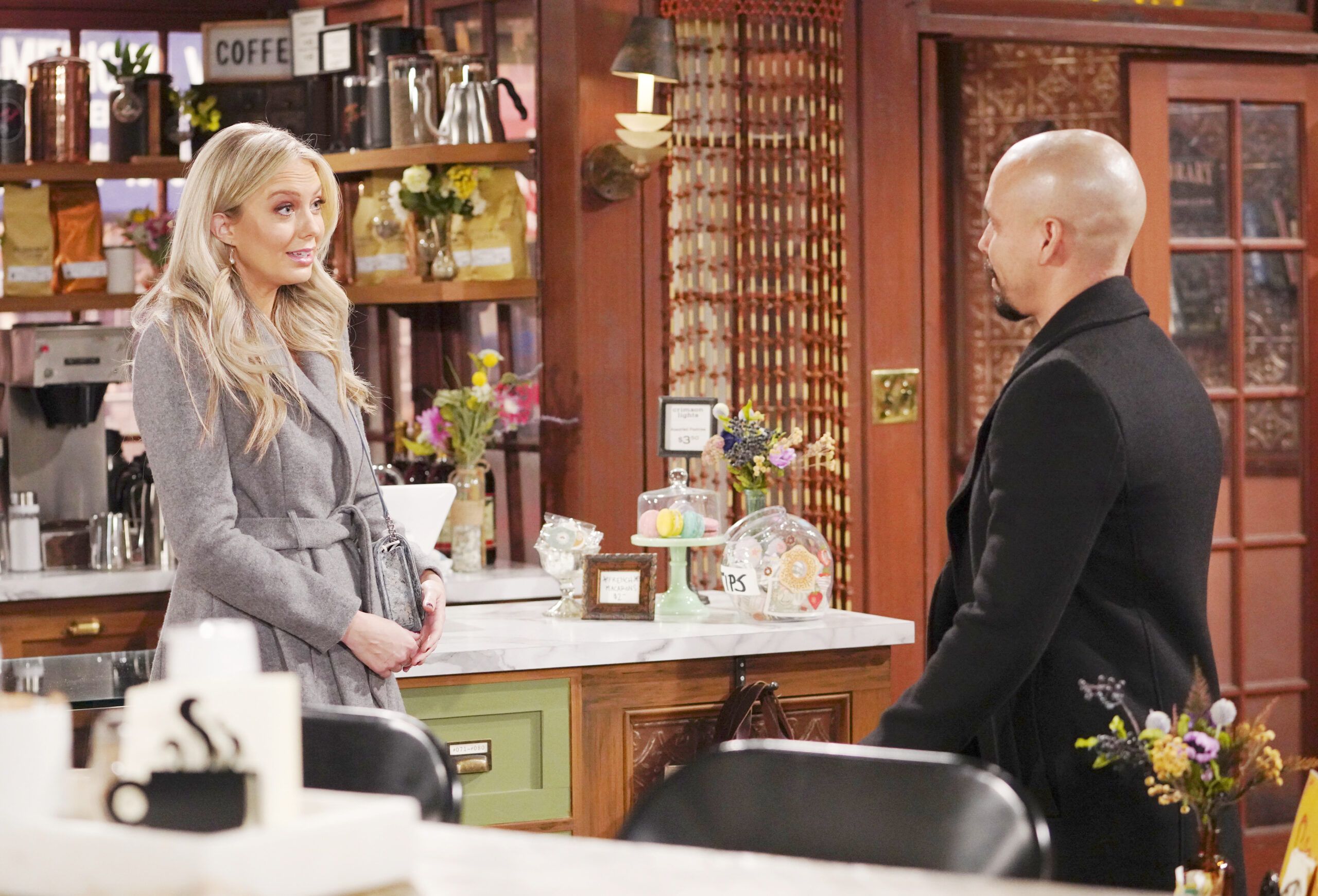 Abby is bound to be a hot mess over the next month. She’ll need all the help she can get, and Devon will step right in. He’s so good with Dominic and has become a “baby whisperer” in many ways. Watching Hamilton with their son will draw them closer together. But, could an emotional Abby cross a line by trying to kiss Devon at some point in November? Will he kiss her back? 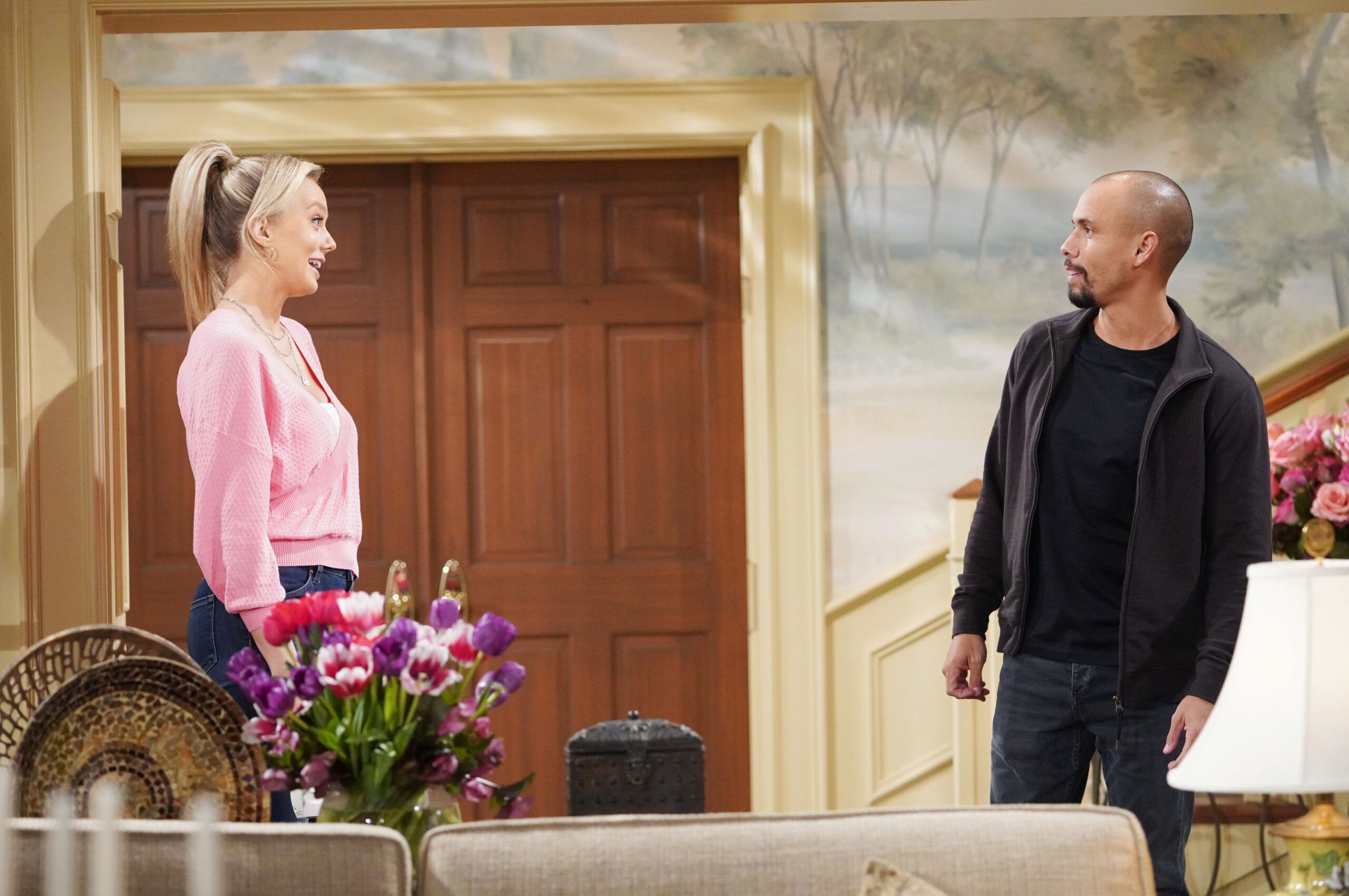 2. Adam and Sally Get Closer, With No Strings Attached

Y&R spoilers hint that Sally and Adam will mix business with pleasure. Sounds like they’ll hit the sheets, but does this mean they’ll decide to move forward with a relationship, or will there be “no strings” attached? The latter is probably the route this couple will go. After all, Adam still has lingering feelings for his baby momma and Sharon. He’ll likely want to move things slowly with Sally, despite being intimate. 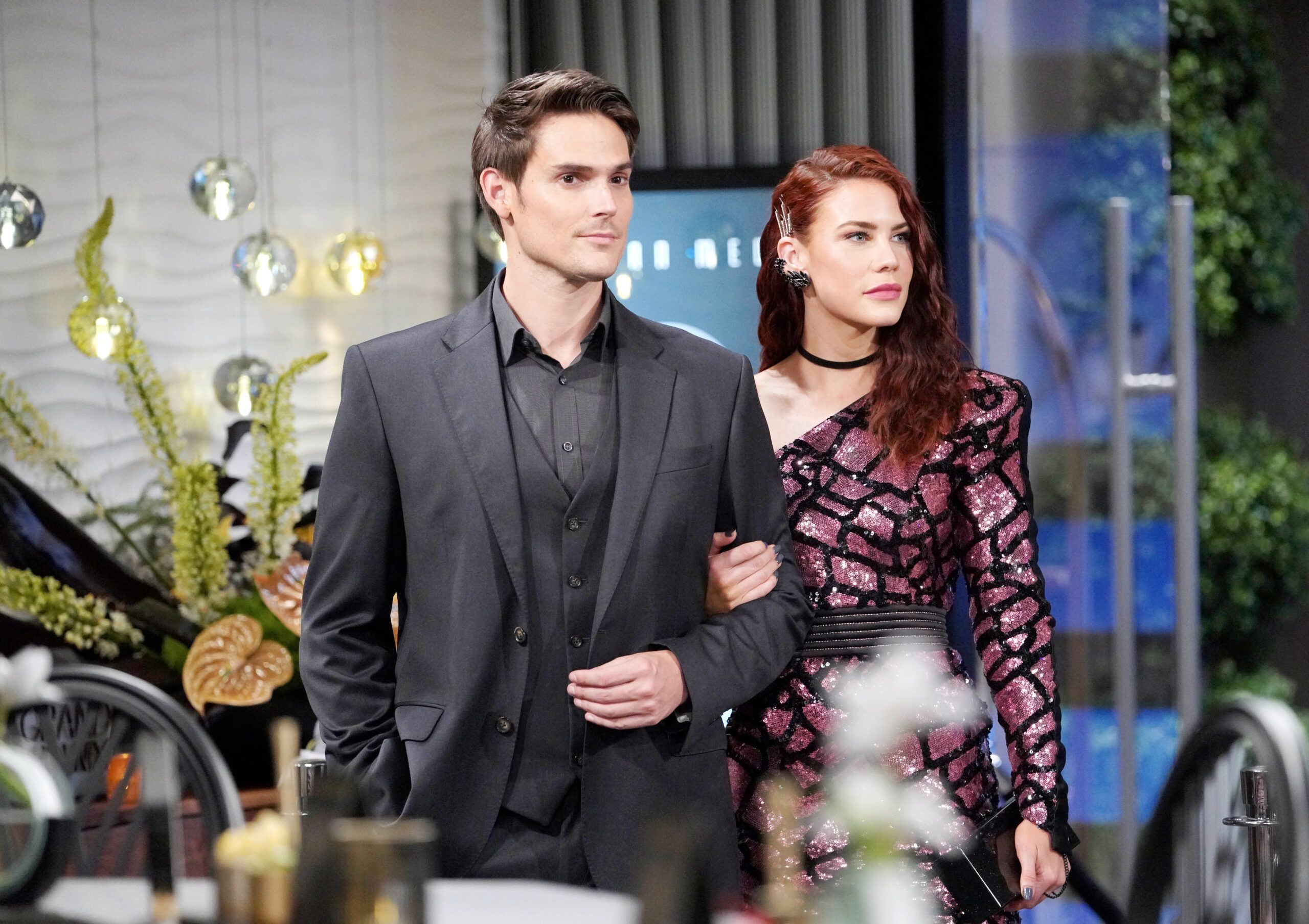 Actress Melissa Claire Egan (Chelsea) hinted on social media in mid-October that she was returning to work soon. Could Lawson return in November? It is sweeps month, after all! Nothing has been confirmed; however, if Adam and Sally jump into bed together, it would be perfect timing for Chelsea to roll back into town. 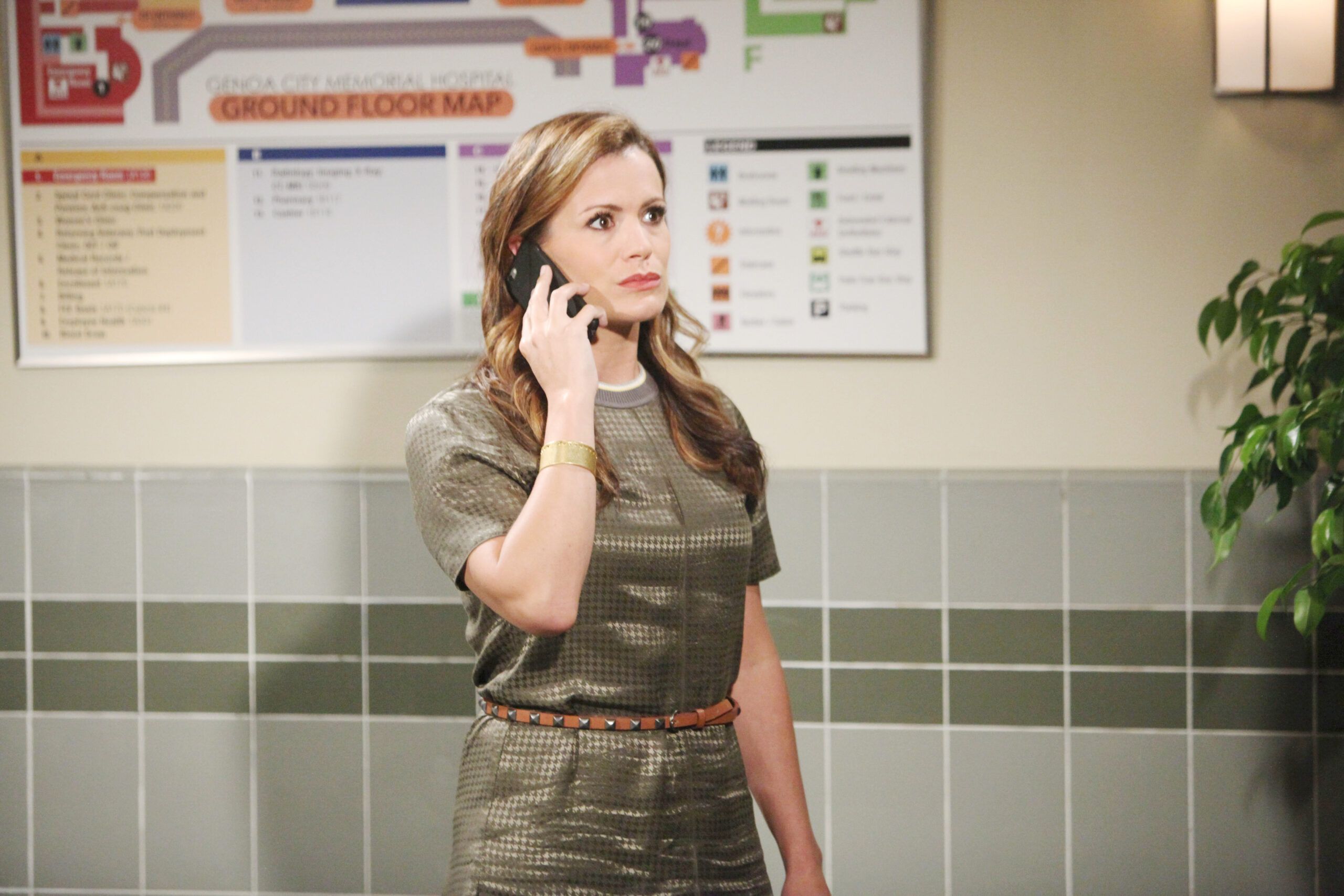