Young And The Restless Plotline Predictions For The Next Two Weeks (August 30 – September 10, 2021)

What exactly will be the fallout from Mariah’s kidnapping? Is there something going on between Phyllis and Jack? Will Lily start to lose her patience with Billy? Young and the Restless (Y&R) fans love to speculate on storylines! As such, below are some Y&R plotline predictions for August 30th to September 10th, 2021.

Last time fans saw Baby Chancellor, the little guy finally decided to make his appearance! Thankfully, Devon and Abby arrived in time to help Mariah out. The baby seemed okay at the end of Friday’s episode; however, once he gets to the hospital, could something turn out to be wrong? His delivery was certainly unorthodox!

Secret mission, secret fission! It’s time for Chance to come home! Not only has he missed all the milestones of surrogacy, but he has also missed Mariah’s first, second and third trimester, as well as the birth of his son! Y&R spoilers reveal that Abby will turn to Victor to lean on this week. Does she ask Daddy Moustache to help locate her hubby and bring him back home? Enough is enough!

Y&R spoilers for this week state that Amanda and Devon will share some secrets and bond further; however, Hamilton and Abby will share some special moments over the next couple of weeks, too. After all, they saved the day for Mariah (and the baby), plus, they successfully helped bring Baby Chancellor into the world. If there is something wrong with the newborn, would they need Devon to step in, as the sperm donor? Could Devon “save the day” twice for Abby?

Will Rey find Stitch and haul him back to Genoa City for a jail sentence? Or will he lurk back into the shadows he came from? This could go two ways. Rey could report that they caught Stitch, and simply bring him back to the station. No scenes with Stitch are even needed at this point. Stitch can then get sent to prison, or back to wherever he came from. Then, there’s the other option…

If Rey and the GCPD can’t locate Stitch, this might have Abby (and Mariah) worried. Perhaps Abby will lean on Victor to help find Stitch, so she and the baby can feel safe. There’s also a chance that Mariah will be on pins and needles this week because she’ll worry about where her kidnapper is. Y&R spoilers indicate that Mariah’s past will come back to haunt her. If she doesn’t know where her captor is, she could suffer from some bad flashbacks. Plus, this might prolong the storyline.

While she has a massive mansion and staff attending to her every need, Abby may simply feel safer at the Newman Ranch — not only for security reasons but for moral support. This could be what Y&R spoilers mean by Victor supporting Abby. Not only will she get some help from her dad, but both Nikki and Victor will be thrilled to have their brand-new grandson living under the same roof as them. It would be a win-win situation!

It’s hard to grasp that Phyllis and Jack would reunite at this point. Firstly, because Red cheated on Abbott both times they were married, and the first time it was with her current boyfriend, Nick. It’s not unbelievable that Jack would take Phyllis back; it’s the opposite. While Phyllis cares for Abbott, her heart has always belonged to Nick. With that said, Sally Spectra did plant a seed of doubt for Nick, which means there’s a good chance Phick will crack, and Phack might be back in business.

5. The Beginning Of The End…

Nick will have some tough questions for Phyllis this week. She’s never liked Sally Spectra, partly because Sally had a rivalry with Summer. However, Spectra backed off for a bit there until Skyle poked the bear. One thing is for certain: Sally was never interested in taking Summer’s man. Well, not really. In fact, Phyllis seemed more vengeful against Spectra after she showed interest in Jack. Nick saw this. Nick may wonder why she cared so much. Nick may question why Phyllis got so overly involved in Jack’s love life.

Y&R spoilers for the week of September 6th reveal that Jack will confide in Lauren about something. Could he admit he still has feelings for Phyllis? Maybe he states that if she weren’t taken, he’d snatch her back up again? Back to Nick’s grilling, Phyllis may admit she cares for her ex (and always will); however, she’ll also make it clear that she loves Newman. Will this be enough to stop Nick’s grilling? For now, but there is definitely something to this new Jack, Phyllis and Nick love triangle.

3. The Beginning Of The End… Part II

Speaking of the beginning of the end, things have been running fairly smoothly with Adam and Victor. Almost too good to be true. Could things be fading fast between the Newman men? Adam will choose Sally to be his date at the Newman Media launch party, and the Moustache won’t be pleased. Y&R spoilers for the week of September 6th suggest that Victor will issue a warning to Adam about Spectra.

2. Does He Issue An Ultimatum?

Sally hurt Summer and almost ruined her future. She’s also the reason Skyle is in Italy right now living their best life, rather than Genoa City. Victor may tell Adam that he has a choice: either pursue things with Spectra and leave Newman Media, or stay away from her and be loyal to his family. Summer is Nick’s daughter, and he may not be thrilled that his brother is associated with the woman who tried to destroy Skyle.

Sounds like there could be cracks in the Bi-Li foundation over the next couple of weeks. Not only will Lily find Billy in a compromising position, but his fascination with bringing Ashland Locke down (for Vic’s sake) will wear thin with his girlfriend. Could Lily decide to break things off? Will Billy do something that could force Lily to drop him? What line could he cross now? 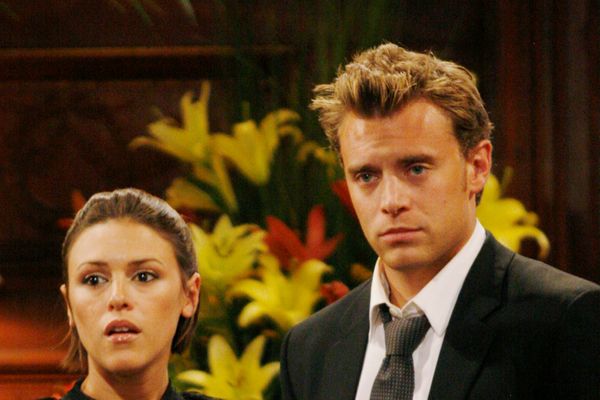