Young And The Restless Plotline Predictions For The Next Two Weeks (December 20 – 31, 2021)

Will Billy continue to fool Adam and The Moustache? Will a “truce” lead to romance between Chelsea and Adam? What lesson will Nick learn this holiday season? There’s nothing The Young and the Restless (Y&R) fans love more than speculating on storylines. As such, below are some Y&R plotline predictions for December 20th to 31st, 2021.

12. Billy Will Continue To Fool Victor (And Everyone Else)

Everyone will likely continue to believe Billy’s ruse around spiralling. The Moustache and Adam will be in a celebratory mood and won’t feel bad about what they’ve done; however, their defenses will be down. This is where Abbott will be able to trap them in their own game, over the next two weeks.

Chelsea and Adam will agree on a Christmas truce for Connor’s sake, but could holiday peace lead to romance? Spending time together might be a good thing for Chelsea and Adam’s little family, but Sally won’t be overly pleased with the situation. The more these co-parents bond, the greater the chances of a romantic reunion, which could leave Spectra out in the cold.

As the Chelsea/Adam/Sally love triangle intensifies, will Chloe feel stuck in the middle? She’s BFFs with Chelsea in many ways, but also Sally’s only friend in Genoa City. As Lawson decides to move forward with a role at Newman Media, this means that she’ll be working closely with both women. Will Chelsea not only feel some jealousy when it comes to Sally and Adam, but also Spectra’s newfound friendship with Mrs. Fisher?

All arrows seem to be pointing in the direction that Nate and Elena will decide to move in together this week. But what if Hastings has something bigger planned for his love this holiday season? Nothing says “romantic” like a proposal under the Christmas tree! Is Elena ready for this next “major” step with Nate, or will she run to the hills with worry that the two are “moving” too fast?

Y&R’s Christmas Eve episode will focus on Nick and feature a “Santa” theme. Sounds like Mr. Newman will make a list and check it twice as Genoa City’s official “St. Nick” in a special holiday show. With that said, what will Nick realize? He’s bound to learn that family, despite their imperfections, is what matters. He may even find out that while he’s been looking for love all these years (in all the wrong places), his heart may forever belong to Sharon.

What if Rey is called into work on New Year’s Eve? Could Sharon decide to have a little party? Everyone may RSVP but cancel at the last moment, due to a winter storm or other party plans. What if Nick is the only one who shows up and the two end up celebrating alone? Could a lip-lock at midnight be in their future?

6. Jack and Phyllis Throw Caution To The Wind

While Jack kiboshed any ideas around a romantic reunion, it does seem as if it won’t be long before he’s eating his words. He’s got a soft spot for Red, and these two could throw caution to the wind if they get “caught up” in feelings during the holiday season (especially during New Year’s Eve).

5. Chance Loses It On Christmas

Could Chance get more than frustrated on Christmas? This may leave Abby seeing red flags about her hubby left, right, and center. Could Chance get frustrated over something as simple as setting up one of Dominic’s toys (and destroying the item)? He may also seem distant and not “in the moment”. Either way, Abby will take notice.

4. Chance Does The Unthinkable On New Year’s Eve?

Could Chance do something drastic by the time the New Year hits? Could he sneak from the house or decide to “run away”, leaving Abby alone on New Year’s Eve? The holidays may have him feeling far too overwhelmed to be a proper husband and father. Will Chance leave Genoa City once again, before he truly settles in?

Y&R spoilers imply that Tessa and Mariah will start planning their future this week. While Tessa’s agreed to re-think the baby thing, could she decide to swerve Copeland by asking her if she could carry their child? After all, Mariah’s already experienced it all and maybe Porter was looking forward to the opportunity. This may end the harmonious coexistence between the two ladies.

2. Getting Caught Up In Emotion

Speaking of Tessa, what if she and Noah are left alone on New Year’s Eve? What if a winter storm hits Genoa City and the two make it to a party, only for Mariah to be left alone, somewhere else? Could the two cross a line together? Noah admitted he does not have feelings for his ex, but his eyes indicate something else every time he looks at her.

1. Ashland’s Health Is On A Downturn

Y&R spoilers for the week of December 27th indicate that Ashland will get a health update. Could this be a good sign or a warning that his condition is once again worsening? This storyline might swing either way at this point. Perhaps it’s not outright bad news, but a red flag around what’s to come. 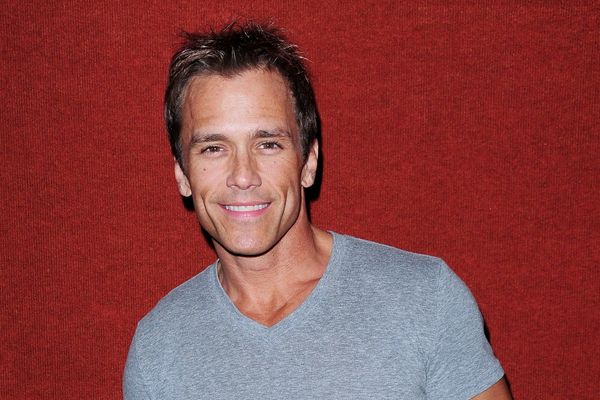