What’s really going on with Ashland and his sickness? Will Sally Spectra fall into a trap? Where’s Mariah, and will she be located soon? The Young and the Restless (Y&R) fans just love to speculate! As such, below are some below Y&R plotline predictions for July 19 to July 30, 2021.

The over-the-top breathing issues and the video leak have many fans raising an eyebrow when it comes to Ashland Locke’s “dire” illness. Add in the fact that he got Vic to agree to a merger, plus moving in together, and viewers know something’s up. But if Locke is lying, when will this all be revealed? It seems like there are some more plot twists ahead with this storyline that could unfold over the next two weeks.

11. Tara Is In Cahoots With Him

Seems more than fishy that Tara had an idea to film Ashland’s episode, and asked Sally Spectra to do the dirty work for her. Could Tara and Ashland be in cahoots together? He fakes an illness to get Newman, she ruins Kyle’s personal relationship as a form of revenge to prove her love to Locke, and in the wake of all the destruction they’ve caused, they exit Genoa City that much richer. It sounds twisted, but there’s a good chance Mrs. Locke is causing chaos in Kyle’s life to help her husband.

Billy and Phyllis have targeted Tara, so what if they are the ones that learn the truth about this plan? Could Billy-boy throw all caution to the wind and tell Vic that Ashland is “faking” his illness, in an attempt to protect his ex? How would Lily feel about Billy doing this? He’d use the kids as an excuse, but a little part of him would do it to ensure she “moves on” from Ashland.

Y&R spoilers hint that someone will set a trap for Sally Spectra during the week of July 26th. At the end of the day, this could be Phyllis or Jack — maybe even Summer or Kyle. What if it’s Ashland and Tara? Tara was the one who asked Sally to film Locke’s health episode, which she would eventually leak to the media. What if Spectra is onto the Lockes and their game? What if she is about to turn to Jack to expose their masterplan, but before she can, Tara and Ash set a trap for her?

News has hit recently that actor Michael Mealor (Kyle Abbott) is leaving Y&R. Could his final episode air in the next couple of weeks? Kyle’s exit is certainly on the horizon. Tara is desperate to snag Kyle. She’s been working overtime to seduce him. Whether her alliance with Sally is exposed, or any possible plan with Ashland, this current arc could be Kyle’s exit storyline. After the “truth” comes out, Kyle might decide to take Harrison and start a new life in Italy with the real woman of his dreams. Actress Hunter King (Summer) has also reportedly left the show.

With Stitch “hanging out” at the mansion to be near Abby, it’s hard not to think he’s behind Mariah’s sudden disappearance. But will he be found out? This storyline could drag for a month or so. He may be holding her hostage until she gives birth. Is his motivation getting back at Abby? That might be part of it. He may also be an unethical doctor looking to sell the child on the black market.

Some bad blood is brewing between Abby and Tessa right now. Will these two develop such a hate-on for each other that a line will be crossed soon? Could things get so tense between the two that even after Mariah is found (safe and sound), there’s awkwardness between the ladies? Tessa or Abby could say something in the heat of the moment that creates a lingering weirdness between them.

5. Will Mariah Be Found?

It doesn’t look likely that Mariah will be found anytime soon. In fact, things could culminate closer to the date she’s about to give birth. There’s a good chance Stitch is behind this, but another theory could be that Chance is holding her hostage to protect her from another threat. Or maybe Stitch had the intention to kidnap Copeland, but Chance beat him to the punch and is keeping Mariah and the baby safe until they can nab Rayburn. This may be why Stitch is hanging around Abby — he’s trying to get intel.

It sounds like Victor will trap Sutton this coming week. Amanda will get the evidence she needs to nail her grandad and get her bio mom released. With all their past secrets behind them, Amanda, Naya and Imani will finally be able to forge a real relationship. This might also give Sinclair the closure she needs to “move forward” in life.

Y&R spoilers for the week of July 26th indicate that Devon and Amanda will make a huge decision. Is it time to take the next step in their romance? Plus, what does that look like? For some, it may mean moving in together; for others, it could be an engagement. This may also have to do with a business venture.

Imani will continue to make things hard for Elena, as she tries to capture Nate’s attention. However, it seems like the doctor will stand her ground this coming week. Will Imani listen? Will Hastings also stand up for his girlfriend? Looks like Elena is getting a little taste of her own medicine. If Nate does cross a line with Imani, would she be as forgiving as Hastings was with her?

Y&R spoilers for the week of July 26th offer some interesting insights. According to the teasers, Adam is given an ultimatum from Chelsea. This seems like a curious development since she’s left town (for now), as actress Melissa Claire Egan takes some time off for maternity leave. Could Lawson need his help, or money? While she’s off the canvas, could this “ultimatum” open a door for her return? Seems odd that she’d leave Genoa City and then send word of an ultimatum… 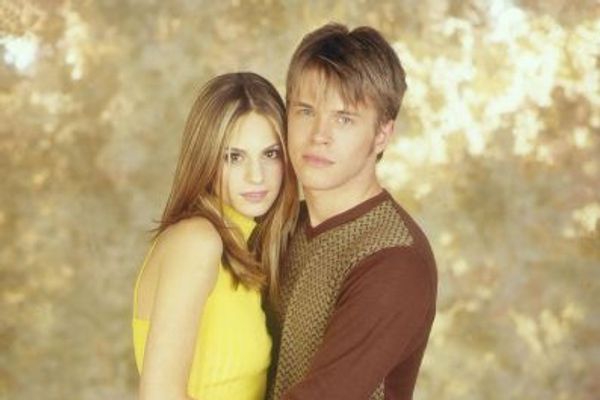