Fans will finally get to see Mariah this week, but will we find out where she is and who has her? Plus, World War III is about to break out in Genoa City, with Phyllis targeting Tara and Sally. Will Red get the best of these two women? Will she be able to convince Jack to step away from Spectra? So many questions, so few answers in the land of the Young and the Restless (Y&R)! As such, below are some Y&R plotline predictions for July 26 to August 6, 2021.

That’s a question that has been on many viewers’ minds for a while now! A Y&R preview video for the week of July 26th reveals that fans will get to see Copeland, and she’s clearly being held against her will. The good news is that she seems in good health, she’s not tied up, and the background of her surroundings looks clean, safe, and even nicely decorated. However, the bad news is she’s been kidnapped.

Stitch has gotten quite close to Abby since Mariah’s been out of the picture. There’s good reason to believe he’s behind her kidnapping. Plus, by being close to Abby right now, he has the intel on their thoughts about Copeland’s MIA circumstance. This can help him pass on messages, like the ones that were sent from “Mariah” this week to ease the minds of loved ones. Still, something feels off to viewers and Copeland’s loved ones.

10. Could Chance Be Behind This?

What if Stitch is a “bad guy”? He’s always been a good person, but there are mental health issues that run in his family (i.e. his sister and his son). With all that’s gone on since he’s been away from Genoa City, he may have become unstable, too. Could Chance be onto Stitch? Perhaps the “good doctor” had a scheme to kidnap or cause harm to Mariah, and Chance swooped in for the save. He’s holding Mariah somewhere nice until he gets enough evidence to nab Stitch.

9. The Kidnapper Will Be Revealed

With Mariah making an appearance onscreen this coming week, the kidnapper could be revealed this week or next. There’s a good chance that Stitch is behind it. Then, a plot twist could occur that links Chance to this. Or, what if Kelly Andrews, Stitch’s sister, is behind Mariah’s kidnapping? Jack was seemingly behind her passing many years ago; however, this is the land of soaps, and she could easily “come back” to life with a proper explanation.

Stitch may know his sister is alive and well. He may also know the hate-on she has for the Abbotts. Perhaps he came to Genoa City in search of his sister. One would think that Kelly would target Jack, Sally or even Phyllis; however, Abby is very close to her uncle. Kidnapping Mariah, who is expecting, to get back at Abby is viable in this situation — especially if this act of revenge is not only against the Abbotts, but in retaliation for how unstable her nephew has been since he left town. Kelly may believe Max’s “problems” are Abby’s fault. After all, he “snapped” during Abby’s marriage to Stitch.

World War III is about to launch in Genoa City! Phyllis is focused on bringing Tara and Sally down. While these two are great manipulators, can they really “outplay” Red? Phyllis will issue a threat this week, leaving Sally nervous while Tara remains cool, calm and collected. In the days ahead, there will be a confrontation between Sally and Phyllis. Next week, the drama will truly unfold.

While trying to get some proof about what Tara and Sally did to run Summer out of town, Phyllis will try to work on Jack. Abbott has re-entered a relationship with Spectra, and Red isn’t too pleased about this. She’ll warn Jack about Sally again, but unlike last time around, Jack will proceed with Spectra. He’s smitten with the young lady; they have chemistry, and Abbott likes spending time with her.

5. Jack and Sally Spend The Night Together

There’s a good chance Sally and Jack will spend the night together, this week or early next, to solidify their reunion. Spectra will be on cloud nine; however, she might not want to celebrate for too long. Phyllis will catch wind of this, and it will motivate her, even more, to expose Spectra’s (and Tara’s) schemes against Summer.

Y&R spoilers for the week of August 3rd tease that Phyllis will uncover the truth. Sounds like she’ll get the goods on Sally and Tara and expose them. This won’t end well for Spectra’s reunion with Jack. Even more so, this won’t bode well with Mrs. Locke’s plans when it comes to her and Kyle. With actor Michael Mealor’s (Kyle) exit imminent, will this storyline set up Kyle’s goodbye? Could he learn the truth about Tara, gain sole custody of Harrison, and take the boy to Milan so Skyle can reunite and live happily ever after?

How could this all tie in with Ashland? After all, he and Tara are in a custody battle for Harrison, and Mrs. Locke is looking for sole custody. Is this all smoke and mirrors though? Are these two in cahoots to cause as much chaos in Genoa City as they can? It still seems very fishy that a video was leaked about Ashland’s health episode — one that Tara got Sally to film and send to her.

2. Ashland and Tara Are Exposed

Perhaps Ashland and Tara will be exposed for some sort of scheme. If Ashland’s illness has been a ruse for the Newman/Locke merger, then there could be legal ramifications for the Lockes if the truth comes out. Harrison would go to Kyle, while the Lockes go to jail. Abbott may jaunt off to Italy with the little boy to start a new chapter with Summer.

Tara and Ashland might be up to something, but will they be exposed in the next two weeks? Or, will fans have to wait until mid-August to find out? Regardless, Vicky will have some unexpected news to share during the week of August 3rd. Could she be expecting? Then there’s the chance that she and Locke decide to tie the knot before his illness takes over. Here’s hoping she organizes a prenup. 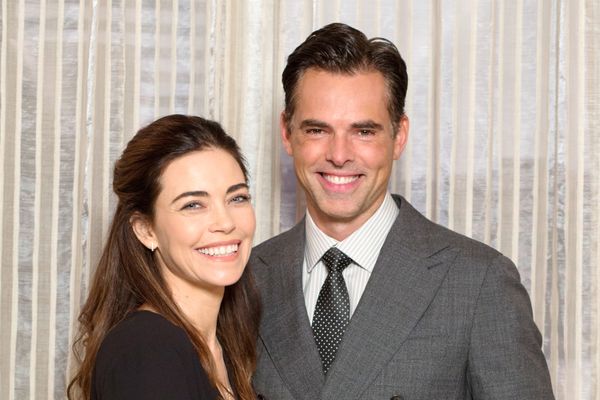