Young And The Restless Plotline Predictions For The Next Two Weeks (November 22 – December 3, 2021)

Chance is set to return, but will his reunion with Abby be something to celebrate, or will there be added conflict mixed into the equation? While his parents are off on an adventure, how will Dominic fare over the next couple of weeks with Devon? Are Sharon and Nick headed for another reunion? The Young and the Restless (Y&R) fans just love to speculate! As such, below are some Y&R plotline predictions for November 22nd to December 3rd, 2021.

Chance Chancellor is set to return to Y&R during the week of November 29th. Actor Conner Floyd has been recast in the role; however, it doesn’t sound as if Chance and Abby’s reunion will be a celebratory event. In fact, spoilers imply that there might be some conflict between the couple. There are hints that Chance won’t be himself when Abby finds him. What could be wrong with him?

The go-to soap storyline when anyone is found alive is amnesia. With that said, will Y&R go that route with Chance? Is it possible that he has mental health issues? Will the daytime drama spotlight post-traumatic stress disorder (PTSD)? It would be an interesting storyline to see unravel, and this might be the ideal occasion with which to explore the issue.

It’s also likely that Chance won’t want to come back to Genoa City after Abby finds him. Conner’s first airdate is November 30th. Will Abby spend a good part of that week convincing Chance to return to town to meet his son? Perhaps Chance feels betrayed over the decisions Abby has made during the surrogacy journey. Did she really have to choose a friend to be the baby’s sperm donor? He might feel uncomfortable with the idea that Devon is Dominic’s “real” dad.

9. Jack Comes In For The Save

Rewinding a bit: While Abby will find Chance on her own, Jack and Ashley won’t be too far behind in tracking her location. They could join her shortly after she finds her hubby, and support her as she tries to convince Chance to return to Genoa City. Y&R spoilers for the week of November 22nd reveal that Victor and Ash won’t be on the same page regarding Abby. Then, teasers for the week of November 29th state that Ashley and Jack will team up to find Abby. The Moustache won’t be happy that Jack Abbott was behind finding his daughter and possibly bringing both her and Chance home.

Speaking of Chance and Abby, will Dominic be okay in the coming weeks? Y&R spoilers for the coming days suggest that Elena will pop by for a visit. Is this for a nice chat, or a house call for the baby? Dominic getting sick while Abby is globe-trotting to find her hubby is not a good look for either parent. This may agitate Devon and further infuriate Mariah.

What if Dominic gets sick, and things escalate until Devon is required to make a “life or death” decision for the child? Could something go wrong? It would be beyond devastating for Abby and Chance to be on the other side of the world, while Dominic is struggling. What would be even worse is if the child passed away before “Chabby” returned.

Noah will open up to someone this week about his past, and it seems like fans will learn more about his ex. Does this mean that a new character could emerge in Genoa City? What if Noah’s ex pops up in town? Could this be a good or bad thing for Mr. Newman? It could be a good thing if the lady is normal and their romance is “complicated”. However, it could also be a bad thing if this lady is a wacko who’s stalking Noah.

There has been very little chemistry between Rey and Sharon lately. This super-couple used to be on fire and now they act like an old married couple! Noah’s comment about Nick never getting over Sharon some weeks back has been ringing in the ears of “Shick” fans everywhere! Nick is set to help Sharon with her Thanksgiving event for the homeless at Crimson Lights. Could the two start to feel a spark again?

4. Phyllis Has A Dream (and An Epiphany!)

Y&R’s weekly preview video reveals the “perfect” Thanksgiving with the Newman Family, and Phyllis in the mix. With that said, it’s clearly a dream of some sort, as Red has always had conflicts with Nick’s family; from Nikki and Victor to Victoria, Abby and even Adam. Y&R spoilers hint that Phyllis will have an “awakening” this week. Looks like the dream she has could spark an epiphany.

3. Hurry Up With That Closure!

Fans can see a reunion between Phyllis and Jack coming from a mile ahead. On the cusp of December and with the holiday season around the corner, could this week’s dream offer an epiphany so Phyllis can “close” her chapter with Nick and move on with Jack? The holidays can be very romantic in the land of Genoa City, and while it should take longer for Phyllis to get over Nick, soap opera storylines need to hurry up and close this relationship so that fans can move on to the next.

The twists and turns will continue over the next two weeks, and things should get interesting between these feuding companies. Lily will feel the need to send out an S.O.S. and it looks as if Jill Abbott will return during the week of November 29th to offer some help. With Billy stepping down, will momma bear take his place? How will Lily feel about this?

Lily will get an offer during the week of November 29th. Could Victoria or Victor provide a greener pasture if she pushes Chance Comm aside? They may even add a little bonus to the offer by telling her they’ll take her name off the lawsuit against Chance Comm if she does. Would Lily turn her back on Billy and the company for something this lucrative? 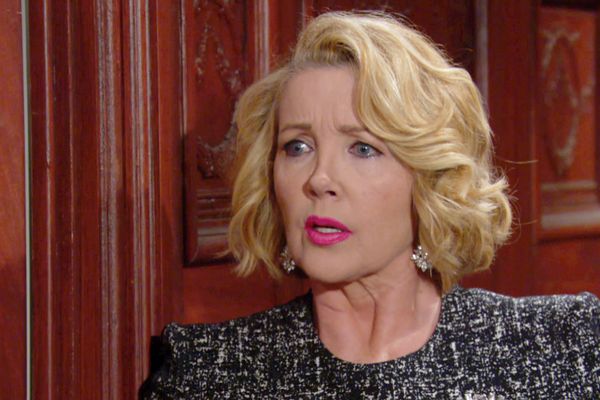