Young And The Restless Plotline Predictions For The Next Two Weeks (November 8 – 19, 2021)

Will Abby spiral during the weeks ahead? What will she ask Nick for help with? How will Amanda react when Devon loses his cool this week? Will Mariah believe it’s time to step in and take over Dominic’s care? The Young and the Restless (Y&R) fans just love to speculate. As such, below are some Y&R plotline predictions for November 8th to November 19th, 2021.

Abby’s not in very good shape right now, but who could blame her? A Y&R weekly preview video shows Ms. Newman-Abbott-Chancellor popping some medication and then falling asleep on the couch. Is she entering a downward spiral? Will she start to get addicted to these pills? Could she fall into such a deep sleep, she’ll be unable to hear Dominic crying? Could the baby be in danger?

Mariah just confessed that she wished she was Dominic’s mom. The truth is, even though she carried the little guy for nine months, she’s not his mother. But, if Abby spirals over the next two weeks, Copeland may step in. It will start with her taking care of the baby, possibly moving back into the mansion and making major decisions for Dominic without asking Abby first. Could Mariah cross a line?

Y&R spoilers imply that Devon will lose his cool this week. Will he snap at someone? Maybe he and Amanda will be having a conversation that swings his emotions when he has a meltdown. Could Hamilton say some things about Chance that has Amanda raising an eyebrow? Will he possibly have a meltdown because something small happened with Dominic, while Abby was preoccupied with Chance’s absence? He wouldn’t take it out on Abby, but he may let his feelings show in front of Amanda.

Y&R spoilers indicate that Amanda will have some concerns about Devon and won’t want to “overstep”. It’s a sensitive topic, involving Hamilton, Abby and Dominic. Amanda might become concerned that Devon is doing too much for Abby and Dominic. Surely, Ms. Newman-Abbott-Chancellor can hire a nanny to help out and allow Hamilton some rest. He has a life outside of Dominic and as a sperm donor, he didn’t sign up for all of this.

8. Does Devon Snap At Amanda?

Could sleep deprivation cause Devon to snap at Amanda? Is that why she may “tiptoe” around him this week? Taking care of a baby, especially overnight, can take its toll. Sleep deprivation can make the nicest person nasty. Perhaps Sinclair slightly challenges him on spending so much time at the mansion, and Hamilton snaps. Could Abby’s friendship cause friction in the “Demanda” romance? This is likely where the storyline is heading.

7. Amanda Has Revenge On The Brain

Meanwhile, Sutton Ames’ trial will also be top of mind for Amanda over the next two weeks. With that said, is Sinclair playing with fire? Is she placing herself in harm’s way? She will and should testify; however, her grandad is a very rich and powerful man. If he could organize one person’s murder, he could do it again.

Abby can barely take care of herself, let alone a baby and business. Could Abby reach out to Nick to ask for some assistance with work? Will she ask him to oversee her business ventures? Or could this be about Dominic? She has Devon as a father figure (sort of), but Nick is her brother. Abby may tell Nick about her concerns that her baby boy won’t have a strong male to help positively influence his life. Nick’s an awesome dad, and he’ll put Abby’s concerns at ease. He’ll let her know that he’ll be there for anything Dominic needs.

5. Growing Chemistry Between Sharon and Nick

Did any other fans catch Noah’s comment last week about Nick not truly being over Sharon? Adam continues to be a thorn in Rey’s side; however, should he worry about his wife’s friendlier ex? Now that Nick is not with Phyllis, he’ll likely turn to Sharon more often. They’ve always been good friends and she’s someone he can confide in. Will there be growing chemistry between Nick and Sharon in the weeks ahead?

Nick and Sharon do have a relationship cycle. It goes like this: break up, become mortal enemies, then become “friends” again, slowly fall in love, try to get married, break up, become mortal enemies… lather, rinse, repeat. They are at the “friends again” stage, which means romance is right around the corner. Can Rey handle two exes in love with his wife? His patience is running thin.

Jack’s going to keep his distance from Red this week. How long will it last? Phyllis needs a friend, and Jack has always been a good one to her. She’ll likely notice that he’s staying away, but she won’t allow that for very long. Will Jack crack on this? Will he allow her back into his life, knowing she could hurt him again? Perhaps she’ll agree to keep things “friendly” between them, with “no romantic intentions”. But again… how long will that last when Jack is still in love with her?

2. Billy Pulls A Fast One

Y&R spoilers for this week seem to imply that Billy could turn the tables on Adam and Victor. Will this be the case? Can Abbott pull a fast one on the Moustache? Jesse Gaines is back in the picture, but what if Billy tries the old “switcheroo” on Victor and Adam, only for Gaines to go missing again? Or even worse, what if Jesse passes away amid all this drama between Chance Comm and Newman Media?

1. Billy and Lily Are Cracking At The Seams

Y&R spoilers hint that Lily will lose her patience with Billy’s antics during the week of November 15th. Is this romance headed for disaster? With Ashland slowly deteriorating and teases of Billy not being able to let Victoria go, could Locke pass away just as Billy and Lily break up? Will this open a door for Vicky and Billy to reunite? Victor would not like this, not one bit! 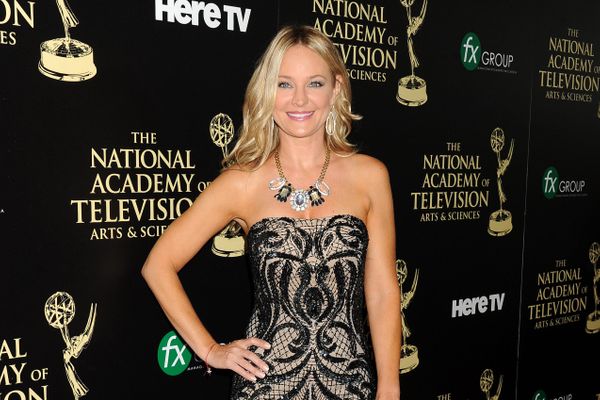