Young And The Restless Plotline Predictions For The Next Two Weeks (September 28 – October 9, 2020)

Will Chloe and Kevin have a stress-free delivery? What “medical crisis” will loom over Nate and Elena this week? How will the “Adam” story rock Genoa City? There’s nothing Young and the Restless (Y&R) fans love more than speculating on storylines! As such, below are some Y&R plotline predictions for September 28 to October 9, 2020.

Y&R spoilers are teasing a standoff between the Moustache and Billy boy this coming week, and the drama is sure to hit the fan! Victor will demean and degrade Abbott, and will probably threaten him against publishing that Adam piece. He’ll push Billy’s buttons to the point where Abbott will feel that much more inclined to do the exact opposite of what Victor warns. 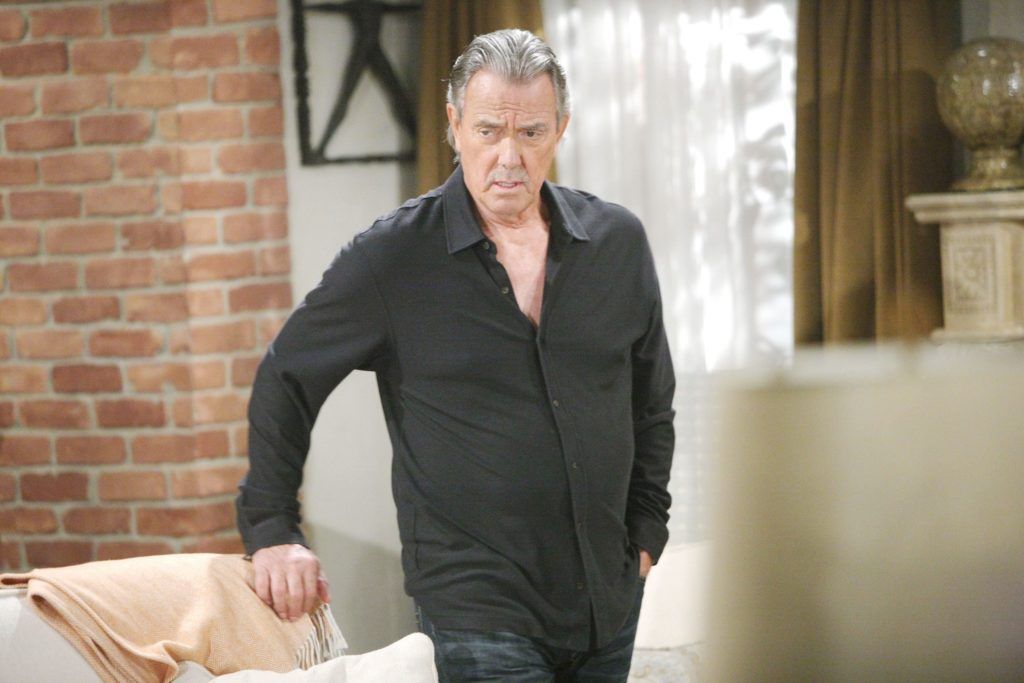 11. Billy Promises One Thing, Does Another

Enter, some drama with Lily. Before Billy’s confrontation with Victor, he’ll probably have a talk with Lily about the Adam piece. Lily will be wholeheartedly against running the article, despite Billy’s points. He’ll promise her that he’ll drop the story, and then after meeting with Victor, he’ll do hit the “send” button on the piece, just out of spite. 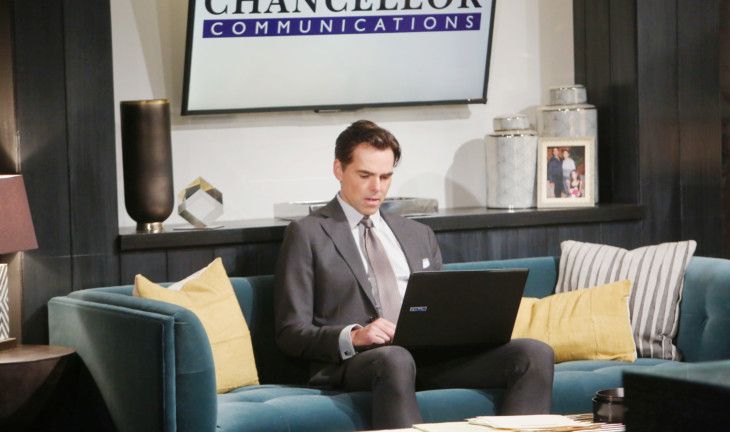 Lily will absolutely lose her mind when she realizes what Billy has done. After all, they are partners, and they both need to agree on things within the company. She’ll lash out on him for doing what he did, and the two will scramble to pick up the pieces of all that is about to crumble down. 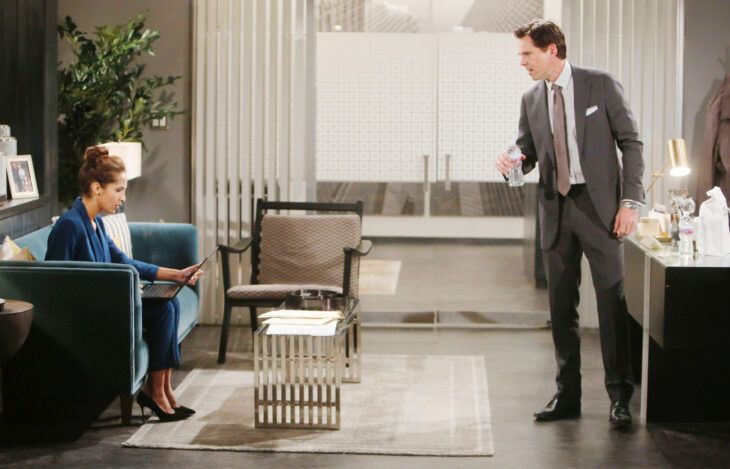 9. The Tension Causes A Spark

It’s not hard to see that there is chemistry between Lily and Billy. What if the stress, tension, and animosity of “Adam’s” article causes these two to start arguing – then start kissing, and then start doing a little more? An unexpected duo is set to turn on the heat, and the situation between Billy and Lily could turn “heated” and fast! Genoa City is known for hate-on relationships that turn into passionate hookups! 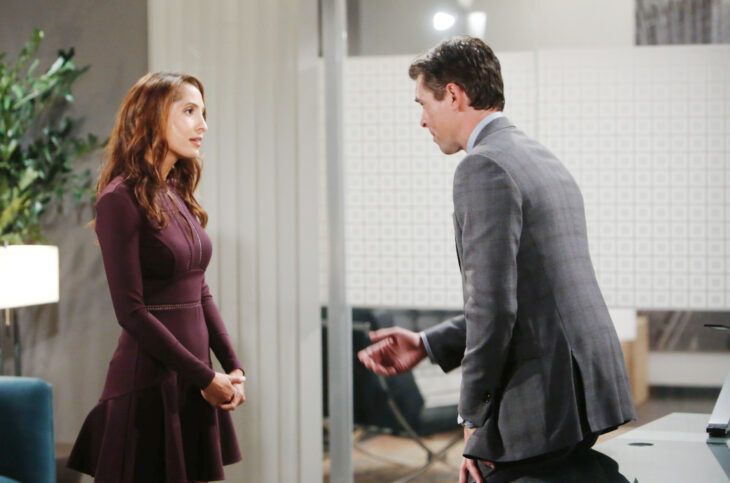 Adam will continue to cause drama for the entire Newman family in the coming weeks. Victor will question Victoria’s loyalty next week, and this is all due to her role in Billy’s story. Y&R spoilers for the week of October 5th seem to imply that Adam will also place a wedge between Nikki and Victor. He’ll concoct a plan to get between the couple. After all, if he wants to get back at Victor, eliminating his romance with Nikki would be a good step in that direction. 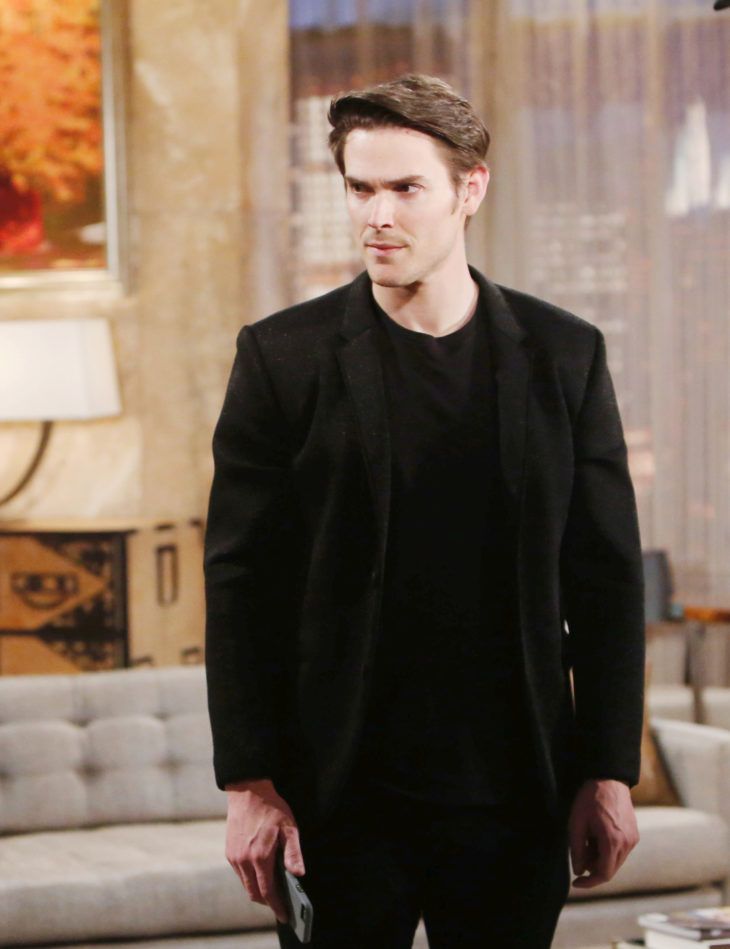 According to Y&R spoilers, Nick will start to conspire against Adam this week. What could he be up to? Could he plant a small camera or recording device in Adam’s condo? Nick wants to nail Adam bad, so he may believe that his brother is up to something. Catching him before he can do anything would be the best way to go. 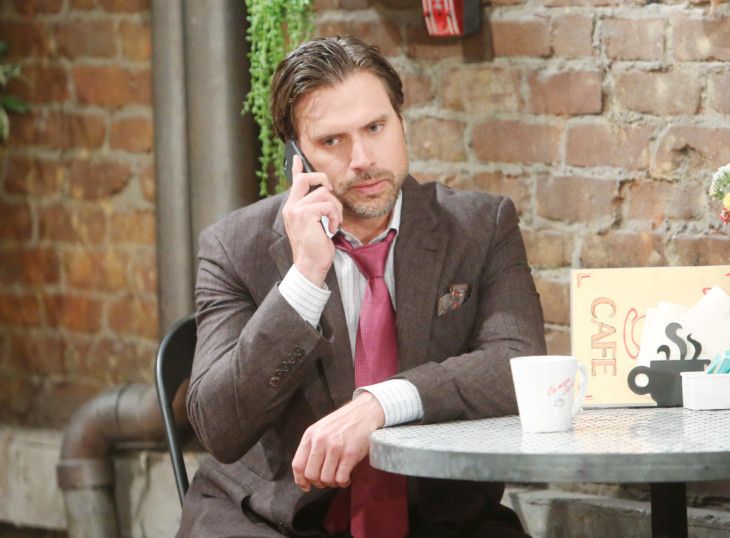 Y&R fall spoilers indicate that Jared, the young man that Elena, Nate, and Hilary helped in March of this year is set to return to Genoa City. There’s a good chance that will happen this coming week. Teasers relay that a medical crisis will hit close to home for Nate and Elena, so could Jared be rushed into the clinic due to an emergency with his health? 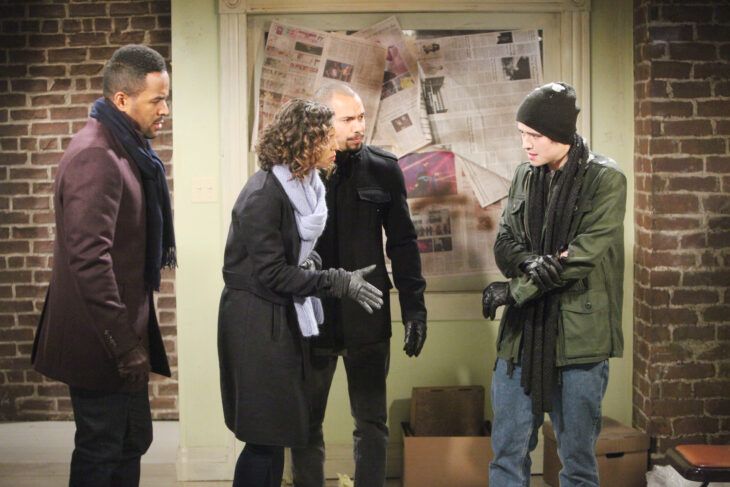 5. Nate and Elena Get A Little Closer

Apparently, Jared is said to be the “catalyst” for a major “storm-like” storyline that will unleash some passion and desire between Nate, Amanda, Elena, and Devon. Could Jared have a medical emergency that brings Nate and Elena closer? Nate will play with fire the week of October 5th. Does he reach in for a kiss? Do the two get swept up in passion? 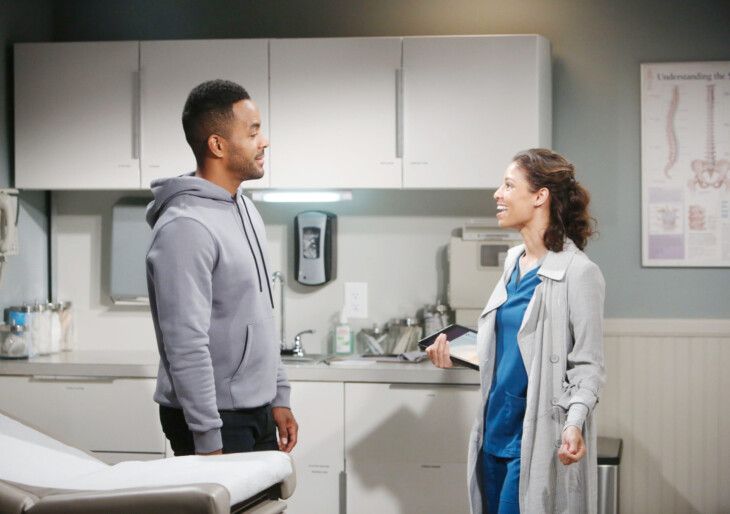 4. Devon and Amanda Continue To Get Closer

Devon and Amanda will continue to get closer in the coming weeks. She’ll reach out to learn more about Hilary, and just knowing the connection she has with his wife will have Devon feeling something for her. Will they cross a line? Absolutely not, but there will be a ton of hints around the chemistry between these two. 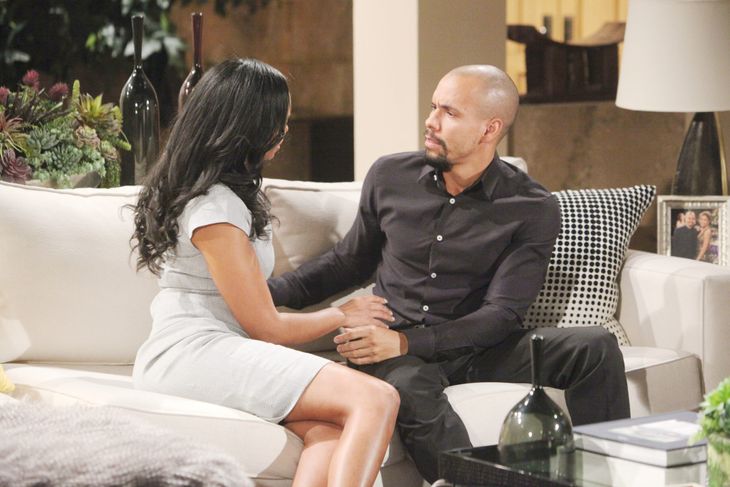 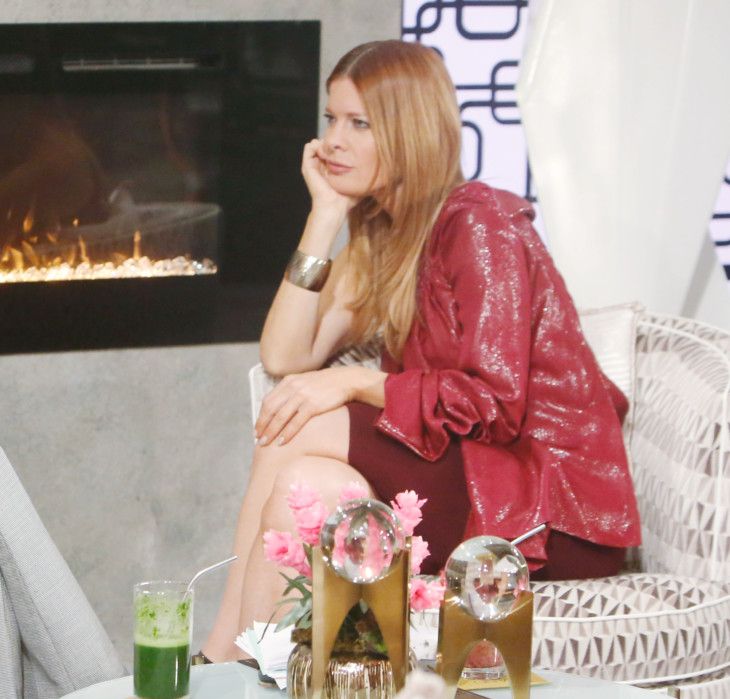 Kevin and Chloe are expecting a baby boy, and Y&R spoilers suggest that the little sweet bundle is set to arrive the week of October 5th. With that said, what if they end up having a girl? They won’t be disappointed, but with Chloe and Kevin offering more of a comedic side to the soap opera, having a girl and not a boy would be a funny plot twist. Having everything blue for a girl is not the end of the world at all, but they’ll find a way to make it funny, yet heartwarming. 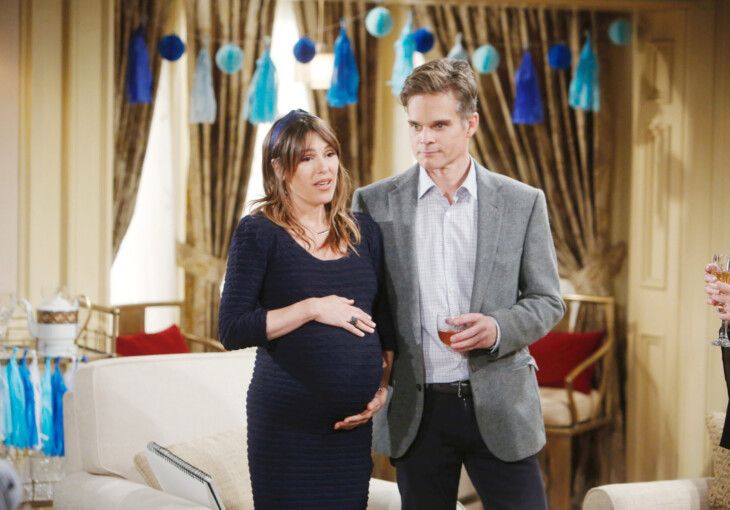 This week, it seems as if Sharon will try and hide any pain or discomfort from Faith to protect her daughter. She may get bad news about her condition and her chances of recovery. Rey and Sharon might disagree about sheltering Faith in this regard. Sharon may feel like she doesn’t want to add anymore worry on Faith’s plate, while Rey will believe it’s vital to be honest with her. The week of October 5th will see Sharon recovering from another surgery, and while things look dim now, there may be a light at the end of the tunnel for Sharon heading into October. 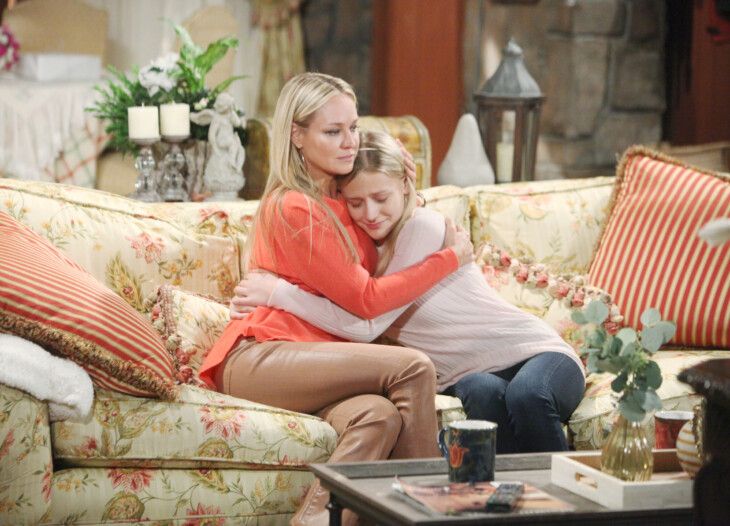 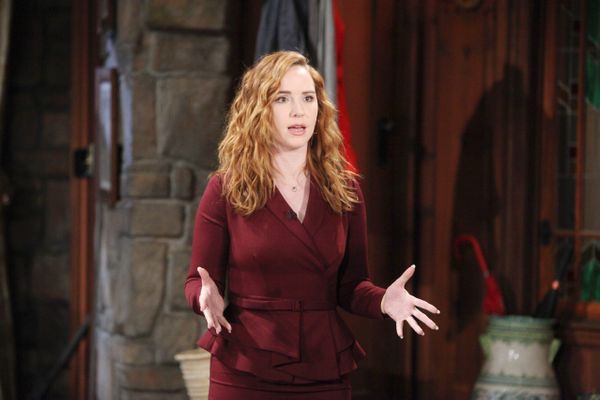