Young And The Restless: Spoilers For June 2021

Time for Genoa City to say goodbye to May, and usher in June! What’s on the horizon over the next few weeks? Kyle makes a major decision, while a new character comes to town. Also, Amanda continues to dig into her family’s past. Learn about these storylines and others in the below Young and the Restless (Y&R) spoilers for June 2021.

Y&R spoilers for early June predict that Kyle will have a difficult choice ahead of him. Could this have to do with Tara and little Harrison? How could it not! As Ashland works to get custody of the child (whom he thinks is his), DNA test results will reveal that Locke is not Harrison’s father, but that Kyle is.

Kyle’s major decision could be revealing to the world that Harrison is his child. Acknowledging the little boy as his own would be a hard choice to make public, as it would not only infuriate Ashland but place a spotlight on the Abbott Family and Jabot. The media would have a field day with this story, and it would place added stress on Kyle, Summer, Jack, and the rest of the Abbotts.

Then, there’s also the small chance that Tara may ask Kyle to “pretend” to be a couple, to fight Locke for custody of Harrison. While Ashland might not be Harrison’s bio dad, with his money and power, he could find some loopholes around gaining custody. A solid parental unit that happens to be the child’s “real” parents could stop him. After all, it would be a short-term thing, right? (It always is in the land of soaps, right?)

9. Reunited And It Feels So Good

Fans of the hit sitcom Family Matters might be excited to learn that actor Bryton James (Devon) and actress Telma Hopkins (who played his mom on the 80s/90s comedy) are set to reunite in Genoa City. Starting on Tuesday, June 1st, Hopkins will make some special appearances over a multi-episode storyline. James hopped on social to tell fans about this exciting development taking place in June on the Y&R!

More fun news for Y&R fans! Mishael Morgan, the actress who plays Amanda Sinclair, will return to the soap opera on Tuesday, June 1st. The Bold and the Beautiful’s Karla Mosley stepped into the Amanda role in April temporarily, as Morgan needed emergency eye surgery, plus time to recover. While Mosley has done a great job, viewers will be pleased to learn that Morgan is finally returning to the land of Genoa City soon.

Speaking of Amanda, Y&R spoilers for June reveal that she’ll continue to look into her family’s past. With the recent revelation that her bio dad wanted to find her (and Hilary) before he passed away, she must have questions about who tried to stop him, and why. Her grandad continues to look guilty in all of this.

6. Where Could This Be Going?

Could Amanda find out something about Naya or Sutton when she digs into her family’s past this June? Things feel very off, and even Sinclair can feel it. Regardless, through her investigation, she’ll be able to fill plenty of “gaps” that are missing, and she may also answer some questions she may have about her bio parents.

Y&R spoilers hint that Nick will be presented with an interesting business venture in June. Who could approach him, and will he accept? Fans can’t help but wonder if his dad Victor is behind this new proposition. After all, he and Adam are launching Newman Media. As Nick and Adam are getting closer to some sort of relationship, could working together solidify all of this?

Meanwhile, Y&R spoilers suggest that Victor will have a “plan of attack” in June. This has to do with Lily and Billy, not to mention ChanceComm. If their main goal is to target Billy Abbott, will Nick be on board? He’s not Abbott’s biggest fan; however, Nick’s also not exactly into the game of ruining businesses and peoples’ lives.

Sharon Case, the actress who plays Sharon Newman, recently chimed in on some Adam spoilers during a recent interview. As he did something major recently by saving Faith’s life (twice), Case implied Adam will be looking for redemption moving forward. Perhaps a new chapter in his life to help clean the slate? How long can this “new Adam” last?

During Sharon Case’s interview, she also hinted that Shey could hang on strong and move forward from everything that’s happened in the recent past. Adam redeeming himself is a good thing; however, it could also be a dire thing for Sharon and Rey as a couple. Since Sharon is his biggest fan and believer, Adam’s “change” could pose a threat to Shey. With that said, it seems as if Adam may leave Sharon and Rey alone for now. He’s got other things to focus on.

1. Will Chance Ever Return?

That’s hard to say! Actor Donny Boaz recently landed a role on CW’s All American show. It seems as if he’s booked for a “handful” of episodes, so the actor has made a nice transition out from daytime drama. This doesn’t necessarily mean that Chance won’t return, as Donny could reprise the role, or the part could be recast. Only time will tell. Abby misses Chance desperately, so it’ll be interesting to see where this storyline goes. 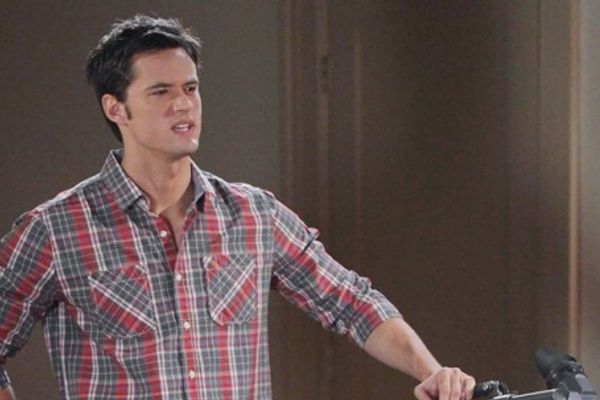