Young And The Restless: Spoilers For October 2019

Where did September go? On the cusp of a new month in the land of Genoa City, fans of the Young and the Restless (Y&R) should expect more drama, romance, returns, and adventures on the soap opera show in the coming weeks! As such, below are some Y&R spoilers for October 2019.

While we all know that Victor is alive (not like anyone truly believed he passed on in the first place), Y&R spoilers for early October indicate that he will reveal his plan to the rest of the world. Not only will the town be clued into that fact he never passed away, but it seems his entire scheme will come out. Viewers should brace themselves for a pretty interesting confrontation between him and Adam. 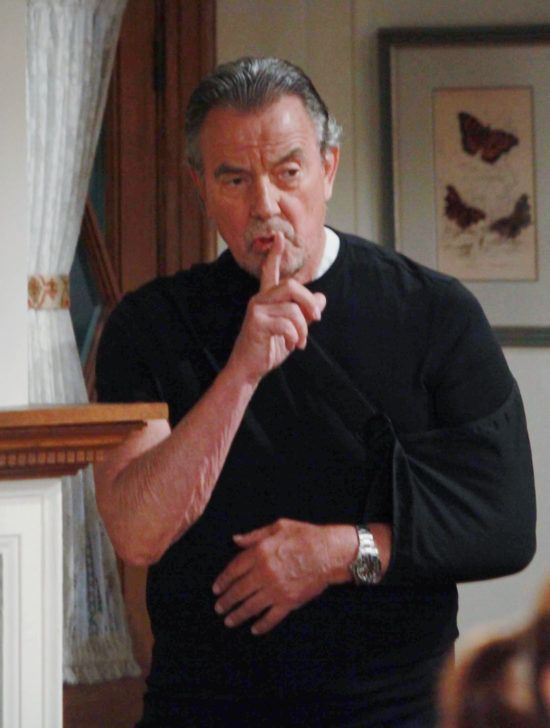 Speaking of, Chelsea will learn the truth about Victor, and get quite angry with Nick for leaving her in the dark. But, will she be able to forgive, forget, and move on with their relationship? Y&R spoilers seem to hint that things won’t look good for Chick this month, as Lawson won’t budge around her disapproving feelings. Seems as if she won’t only be mad that Nick kept the secret from her, but also about the plan itself. 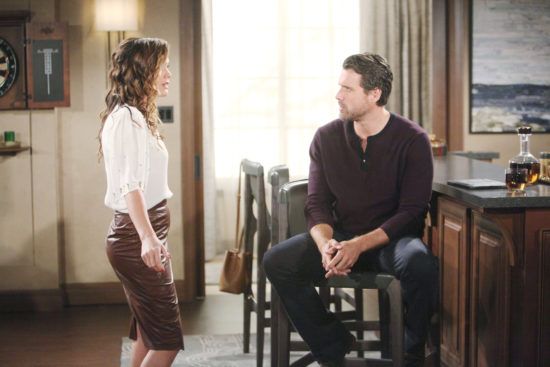 Y&R spoilers for October suggest that Victoria will have to deal with all the fallout around Victor’s return. It seems as if the entire thing will leave her scrambling, perhaps both at work and at home. She and Billy are already dealing with so much, and this added stress may not be good for their marriage. 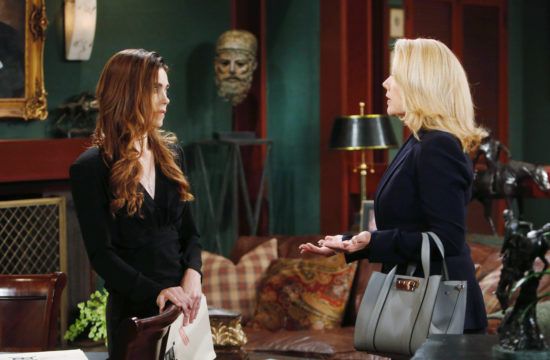 9. Cane Gets Tangled Up

Y&R spoilers for next month tease that Cane might be tangled up in Devon’s inheritance woes. In fact, Devon will have reason to believe that Cane has been helping Chance with the entire lawsuit. But, has he? It’s a hard call. Cane’s always been pretty close to Devon, and it is difficult to imagine that he would help someone take away his fortune. Having said that, now that he is split up with Lily, there may be resentment there.  In other related teasers, Phyllis will be very intrigued by what Cane is up to this month. 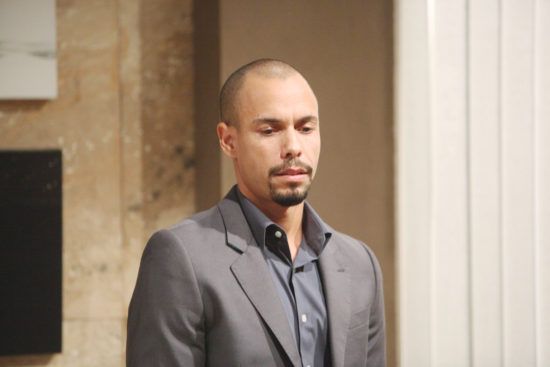 8. Cane Gets In Trouble

As the weeks progress, it seems as if Cane will be in a ton of hot water, as Y&R spoilers for October note that Cane will find himself in trouble. Could he be helping Chance? If so, will Devon find concrete evidence against him? Or, is Cane up to something far worse? Either way, he’ll get nabbed for it. 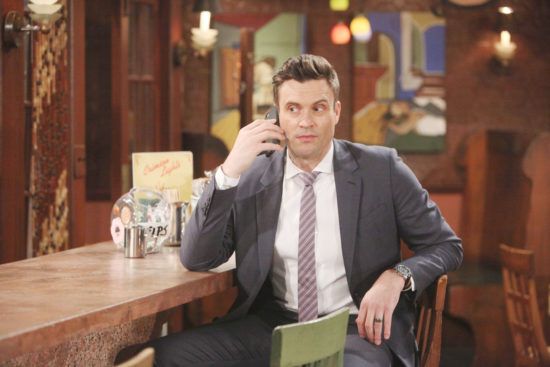 For any soap opera fan that loves Instagram, Y&R actress Mishael Morgan (now Amanda Sinclair, former Hilary Hamilton) as well as actor Daniel Goddard (Cane Ashby) both posted pictures on their handles of actress Christel Khalil (Lily Winters) on the soap’s set. She’s clearly back to filming, reprising her Lily role soon. With everything that is happening with her family right now, and lawyer Sinclair in Genoa City, Lily is sure to return to the little town to get into the mix of things. 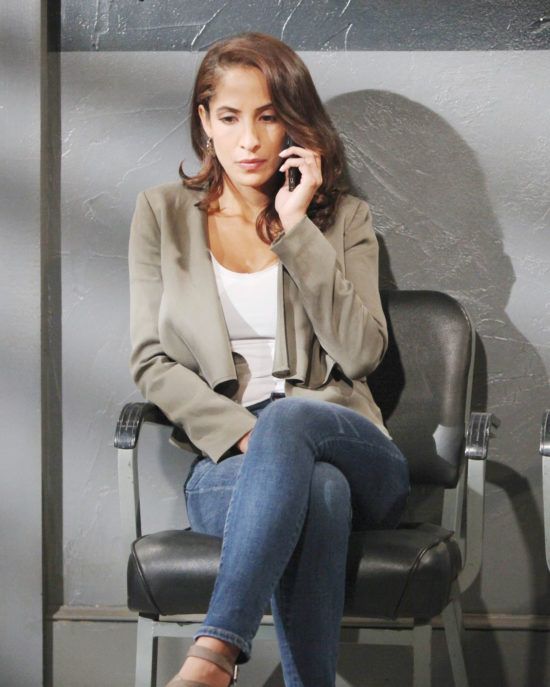 Seems as if there will be some more changes headed down the pipe for Jabot come October. Y&R spoilers reveal that Kyle, Billy, and Jack will have a discussion, where Jack makes it very clear that he’s decided to step back from his dad’s company. Does this mean that Kyle will be given all the reigns at Jabot, or is this an opportunity for both him and Uncle Billy to work together as co-CEOs? 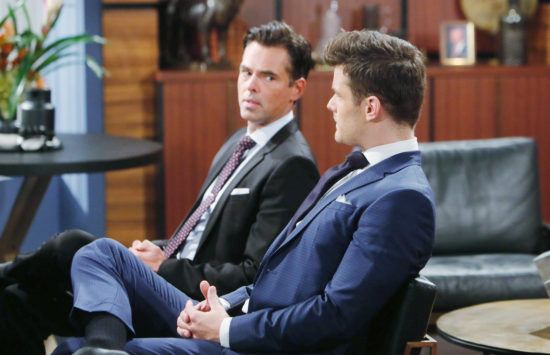 5. Kevin Gets An Offer

Seems as if Kevin will be given an offer he can’t refuse in October. Y&R spoilers tease that it’ll be very appealing, and something he’ll find hard to say “no” to. With Kevin and Chloe back in Genoa City, it was only a matter of time for trouble to find him. But will he agree to it? 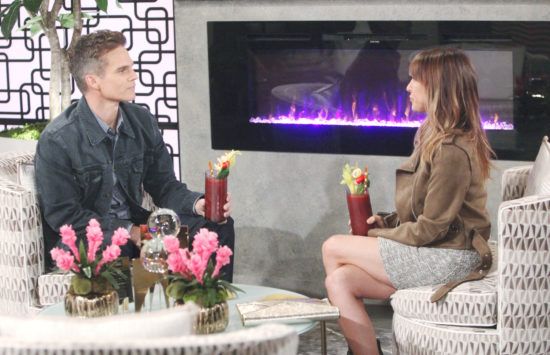 Y&R spoilers for October seem to suggest that said offer to Kevin will come from Chelsea. Seems as if she’ll be interested in finding a way to launder the money given to her by ex-husband Calvin, and she’ll approach Kevin with the idea. She’ll want and need his help with this. Sounds like this could blow up in both their faces. 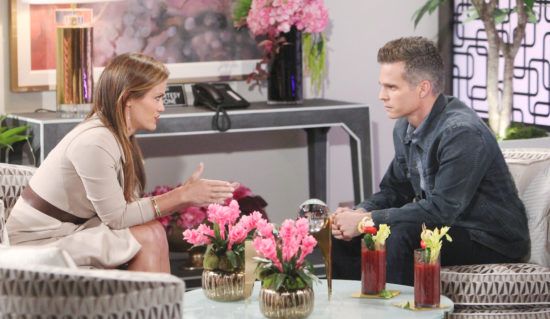 Y&R spoilers reveal that things may be far from over between Sharon and Rey. While she’s been lingering between him and Adam, with some hints of chemistry coming from her and Nick (as always), there is a very good chance that these two could reunite in October. Teasers seem to imply they have unfinished business. 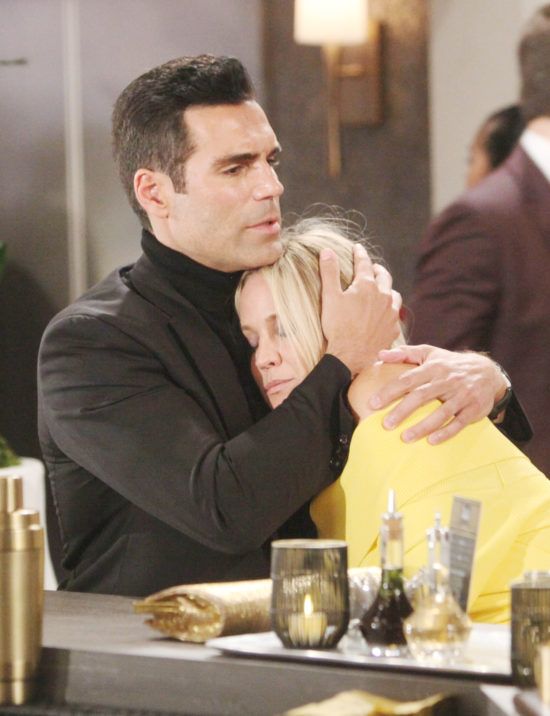 Y&R spoilers indicate that Victor will make an unexpected discovery in October. Now that he’s back in the land of the living, could this have to do with family life, the corporate world, his health in general, or perhaps Adam? Seems like The Moustache is headed for a new storyline in the coming weeks. 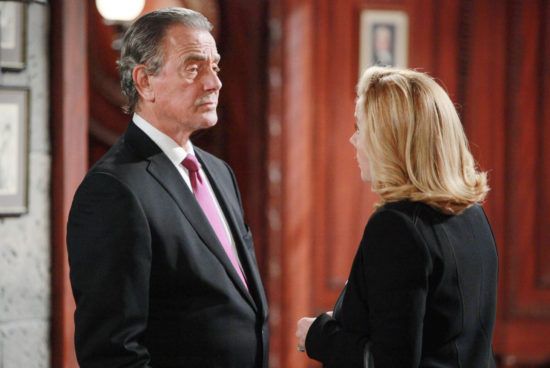 1. Phyllis Has Her Eye On Amanda

Phyllis and Hilary shared a great friendship, so it only makes sense that Red will have her eye on what Amanda may be up to. After all, it can’t be a coincidence that she looks exactly like Hilary, launching a lawsuit on Devon, so Phyllis’ radar will be up. In fact, Y&R spoilers state that she’ll have some questions for the lawyer at some point in October. Sinclair better gear up for that. 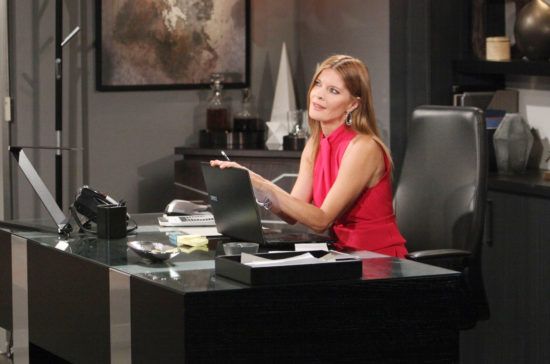