Young And The Restless: Spoilers For October 2021

The Young and the Restless (Y&R) can be a scary place in October. It can also be a highly dramatic one! What’s set to unfold in the land of Genoa City next month? New faces emerge, along with old ones. Plus, there’s trouble in paradise for some super couples. Learn about these storylines and others in the below Y&R spoilers for October 2021.

Y&R spoilers for October indicate that Summer and Kyle will return to Genoa City sometime this month. Actress Hunter King and actor Michael Mealor will reprise the roles, much to the delight of many fans. Sounds like the couple will bring an update on how they are living their best lives in Italy. Their comebacks will likely be a short run; however, it’ll offer some feel-good moments.

According to Y&R spoilers for October, Jack’s feelings for Phyllis and their close bond will affect Red’s relationship with Nick. Things are already exploding between this couple, and there’s a good chance that Nick and Phyllis won’t make it to November, at the rate they are going. Should fans expect a reunion between Phyllis and Jack sometime in the near future?

Actress and original Y&R cast member Janice Lynde is set to return to the soap opera in October. She’ll reprise her Leslie Brooks character. The last time Brooks was seen in Genoa City was in 2018, during the soap’s 45th anniversary. There’s no word on her storyline, but she will be coming back for a few episodes.

Actress Cait Fairbanks (Tessa Porter) recently had an interview with Soap Central in which she revealed some rough times ahead for Mariah and Tessa. Could the couple break up? Mariah wants a baby, and Tessa is apprehensive about this major life change. Could the baby issue cause cracks in this couple’s foundation?

Speaking of Mariah, the other two influences in Baby Dominic’s life could get a little closer this October. Devon will try to figure out the role he should take in the infant’s life, and when Abby gets overwhelmed in the coming weeks, Hamilton will ride to her rescue. There’s no doubt that Abby and Devon’s “friendship” will continue to blossom and grow in the month ahead.

7. They Come To An “Agreement”

With Chance MIA and Abby struggling, Y&R spoilers hint that by early October, Devon and Mrs. Abbott-Newman-Chancellor will come up with an “agreement” of sorts. This definitely has to do with Dominic, but will they decide that Hamilton could be a father figure in the little boy’s life until Chance comes home?

Y&R spoilers also note that Abby will soon be given some “stunning” news. It’s something unexpected and added teasers note her entire world will “implode”. Will she find out that Chance is MIA? Perhaps she’ll hear that he’s passed away while on his mission. There’s a risk her husband might not come home anytime soon, or ever.

5. A New Face For Noah Newman

Actor Rory Gibson has been recast in the Noah Newman role. The part was previously played by Robert Adamson. While there’s no word yet on what will bring Noah back to Genoa City, or any other details around his storyline, Newman will re-enter the canvas sometime in October. Will Noah be at Vicky and Ashland’s wedding?

Speaking of the happy couple, Y&R spoilers for October indicate these two might be headed for disaster. Victoria will begin to question Locke early on in the month. More secrets will spill about Ashland’s past in the week ahead, and this romance will start ripping at the seams. There may not be a wedding in Italy, after all.

Interestingly enough, a cryptic Y&R spoiler for October could raise an eyebrow (or two). It states that a trip planned by Victoria and Ashland will take an unexpected turn. What could this be all about? Does Locke turn into a monster with her on the way to their wedding, or could the couple experience a travel accident while en route to their destination?

Other Y&R spoilers for early October reveal that Nick and Victoria may find themselves at opposite ends of the table. Vic is bound to find out that Nick is digging into Ashland’s past, and she’ll be upset by it. However, if Locke’s true colors come out, then she might end up appreciating her brother’s efforts. In other teasers, Nikki will issue out an ultimatum to someone.

Y&R spoilers for October hint that Victor will try to stop Billy in his tracks. Does this have to do with Abbott digging up information on Locke and trying to break up Ashland and Victoria? Could this be about business, and ChanceComm versus Newman Media? Regardless, the Moustache will be on Billy-boy’s tail! 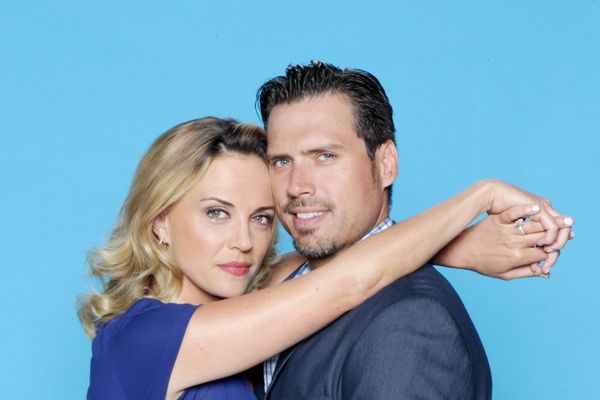