Calling all Young and the Restless (Y&R) fans! What’s on tap in the land of Genoa City over the next couple of weeks? Phyllis remains more focused than ever on exposing Sally and Tara, while Summer apologizes. Plus, Vicky helps Ashland make a major decision. Learn about these storylines and others in the below Y&R spoilers for August 2 to August 13, 2021.

Y&R’s weekly preview video offers some interesting insights. Scenes provide a video chat between Summer and her parents. Phyllis will ask who/what drove Summer to Italy, and the young lady will reveal that Tara blackmailed her into accepting the job in Milan. Sounds like Red will officially get to the bottom of things during the week of August 2nd.

Once Summer confirms things, Phyllis will work hard to expose Tara. Y&R spoilers for the week of August 2nd imply that she’ll connect with an old friend. Could this be Michael or perhaps his brother, Kevin? She’ll be looking for hard evidence to nail Mrs. Locke. In other news, Phyllis will recruit Nick for the next phase of her scheme.

Meanwhile, Y&R spoilers for the week of August 2nd reveal that Sally and Tara will scramble. Sounds like Spectra will try and cover her tracks with Jack, but considering what went down last week, will he believe anything she says at this point? In added teasers, Tara will have to face even more questions from Kyle and Jack in the coming days. The show’s weekly preview video also shows Tara very concerned that she’ll be exposed. Looks like the proverbial poop is about to hit the fan in her world.

As the weekend hits, Y&R spoilers hint that Summer will make an unexpected apology. Sounds like the truth around what Sally and Tara did will indeed come to the surface. By the time Friday, August 6th rolls around, added teasers suggest that Kyle will make a bold move. Does he decide to head to Italy and marry the real woman of his dreams?

There’s a very good chance that Tara is exposed this coming week. Could she decide to head back to New York? What will happen to Harrison and Kyle’s new bond? Not to mention, her divorce with Ashland? If she does get discovered for meddling in Skyle’s affairs, there’s a good chance Kyle will have massive leverage when it comes to shared custody of his son.

6. The Moustache Has Spoken

Y&R spoilers for the week of August 2nd suggest that Victor will prevent his son Adam from any revenge tactics against Victoria. Will Adam go along with what his dad says, or decide to do something behind his back? As the days go by, someone will be taken aback when Victor offers a business proposition. Who will the Moustache decide to align with?

Across town, Y&R spoilers imply that Sharon will start to worry about Mariah this week. As the week of August 9th hits, added teasers note that Sharon will start to get rather upset by her daughter’s disappearance. In related news, Abby will share some fears she has about Mariah to Devon in the coming days. Sounds like she may believe that Copeland has “taken” her baby and gone on the run.

Y&R spoilers imply that Amanda will have revenge on the brain this coming week as it relates to her grandfather, Sutton. Will Sinclair confide in Devon about what she’s thinking? Can he find a way to change her mind? She should really think twice about crossing that sort of line — despite all that Sutton did, and has done to this point.

Y&R spoilers for the week of August 9th note that Nate and Elena will talk about boundaries. Does this have to do with Imani and the budding “friendship” that has evolved between her and Hastings? Will Elena lay down some sort of “law” in their romance? Does she even have the legroom to do this, considering her past?

Across town, Y&R spoilers for the week of August 2nd state that Billy will be inspired by Lily, once again. Despite having to juggle kids, work and a relationship, it seems as if the chemistry is still strong between these two. What will Lily do or say to inspire Billy? You’ll have to tune in to find out!

Lastly, Y&R spoilers for the week of August 9th reveal that Jack will keep a close eye on Billy. Tara blackmailing Summer to leave Genoa City for Milan sounds like some newsworthy information; however, there’s a good chance that Jack and Kyle will want to keep this under wraps. After all, while what Tara did was awful, she’s still Harrison Abbott’s mother. 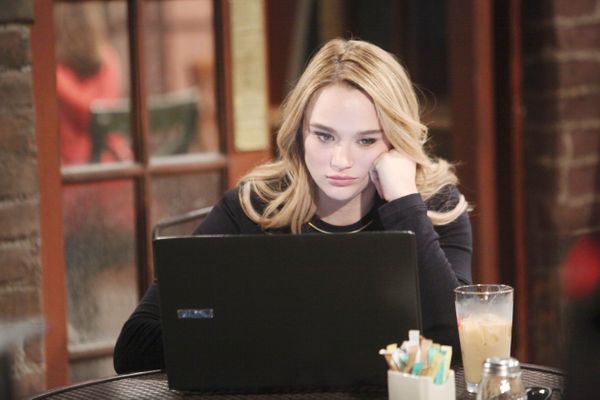