Calling all Young and the Restless (Y&R) fans! What’s set to unfold during the first two weeks of 2022 in the land of Genoa City? Chelsea will find Adam and Sally in a “compromising” position, while Sharon and Rey reflect on 2021. Also, Chance will come clean! Learn about these storylines and others in the below Y&R spoilers for January 3rd to 14th, 2022.

Y&R spoilers for this coming week hint that Chelsea will spot Sally and Adam in a “compromising” position. Will these two cross a line? Could Chelsea lose it on them over what she sees, or walk away silently? The soap’s weekly preview video reveals that Lawson will have a confrontation with her ex at some point in the coming days. She will tell him outright that she doesn’t believe Spectra “deserves” him. What will Adam’s reaction be?

During this week’s Y&R preview video, Adam will respond to Chelsea by telling her she needs to move on from the past. This will prompt Lawson to ask Adam if he’s falling for Sally; however, no answer will be given. Added spoilers for the week of January 10th note that Spectra will extend an invitation to Adam. Will he accept?

Y&R spoilers for this week reveal that Chloe will offer up a warning to Adam. In fact, the weekly preview video shows Mrs. Fisher telling Mr. Newman that Chelsea and Sally working together is a “ticking time bomb”. Will Adam pivot towards damage control at some point? While he likely loves the attention from both women, he also wants Newman Media to succeed. In other news, Chelsea will set a trap for Sally over the coming days.

Y&R spoilers for this week reveal that Sharon and Rey will reflect on the year that’s passed. As such, they’ll share a romantic New Year’s Eve together, celebrating their one-year anniversary. What will the future bring for this super couple? In added teasers, Chance will need some help, and he’ll turn to Rosales for assistance.

Speaking of, Y&R spoilers for this coming week suggest that Chance will come clean to Abby about some feelings he has. Sounds like he’ll reveal his insecurities about Dominic and Devon’s bond. This will prompt Abby to visit Hamilton in the days ahead and have a chat. Will she tell her sperm donor to “back off” with his shared custody idea? What will his reaction be? Added teasers do note that Devon will be caught off guard by what she has to say.

Across town, Y&R spoilers for the week of January 3rd imply that Vicky and Lily will be on opposite sides of the page when it comes to something. Does Billy have anything to do with this? Speaking of Billy, added teasers hint that he’ll finally get what he wants in 2022. Will this bring an end to his current scheming?

5. Cracks In The Locke Romance

Y&R spoilers for this week indicate that there might be cracks in Victoria and Ashland’s romance. Added teasers suggest that Locke will question Vic’s motives. What’s this all about? In added teasers for the week of January 10th, Newman family fighting will have Nikki sharing some concerns with the Moustache.

Across town, Y&R spoilers for this coming week indicate that Nick will try to encourage Noah to pursue a new opportunity. Will his son agree to work with him, once again? They did make a great team back in the day! Meanwhile, in other news for the week of January 10th, Michael Baldwin will contemplate what his next chapter should be. Perhaps more scenes on the show come 2022? Here’s hoping!

Over at the Abbott mansion, Y&R spoilers for the week of January 3rd reveal that Traci will offer some advice to her younger brother, Billy. She tends to be the voice of reason in the family; however, will Mr. Abbott listen to his sister as she tries to steer him in the right direction? Or, will he brush aside what she says?

2. Phyllis Relies On A Friend

Billy won’t be the only one getting advice, as Y&R spoilers for the week of January 3rd note that Phyllis will also get some words of wisdom from a friend. Who will she turn to? Sounds like Amanda Sinclair will do her best to provide some counseling to Red. Will this be about Phyllis’ love life or something else?

Meanwhile, Y&R spoilers suggest that Elena and Nate will hit a stumbling block. The two have JUST moved in together, so what could this be about? Added teasers hint that there will be a conflict of interest they need to deal with. Will this obstacle bring the couple closer together, or create unresolvable friction? 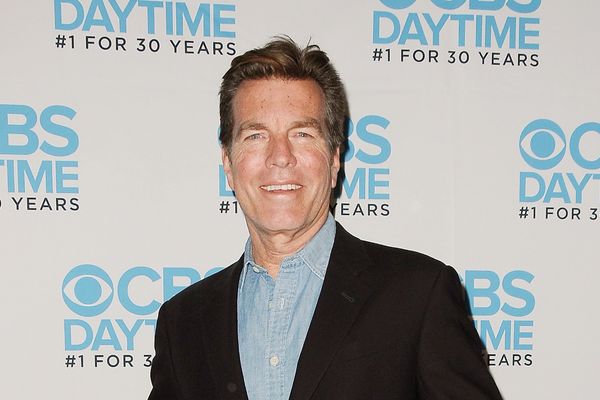