Young And The Restless Spoilers For The Week (December 13, 2021)

Calling all The Young and the Restless (Y&R) fans! What’s set to unfold in the land of Genoa City over the next week? Nikki will play peacemaker (again), while Amanda aims to cheer up Devon. Plus, Chelsea will storm back into town! Learn about these storylines and others in the below Y&R spoilers for the week of December 13th, 2021.

It’s *almost* Christmas, and the Newman family is all over the place! Y&R spoilers hint that Nikki will attempt to bring Nick and Victor together before the holidays. Added teasers note that there may be some begging involved by Nikki, in the hopes that these two stubborn men can patch things up. Will she make any progress?

Across town, Y&R spoilers for this coming week reveal that Amanda will do something fun to cheer up her boyfriend, Devon. Poor Hamilton will still be missing little Dominic, so Sinclair will cook up a romantic dinner to distract him. Will this help things? In related teasers, Christine will give Chance some news that stuns him. Is this about his last mission? Lastly, Mr. Chancellor will continue to struggle with adjusting to “normal” life in Genoa City.

Y&R spoilers indicate that Chelsea will come back to town on Tuesday, December 14th. Added teasers note that Lawson will confront Adam on their romance and “where they stand”. Mr. Newman has been clear that he doesn’t want a reunion with Chelsea, so here’s hoping she understands exactly where things are at with Adam (and quickly), so she can move on.

Y&R spoilers suggest that Sally will “size up” her competition, so it’s likely that she has a run-in with Chelsea at some point. Added teasers state that Spectra will also try to cover her tracks, so this may have to do with her spying on Billy. In other news, Adam will call a truce; who exactly is this directed towards?

Speaking of Newman, Y&R spoilers for the week of December 13th imply that both Adam and the Moustache will jump at any opportunity to pour salt on Billy Abbott’s wounds. With that said, they may be falling into Billy-boy’s lap, as he wants them both to believe he’s a hot mess with his recent Chance Comm defeat. How will Abbott use this to his advantage?

Speaking of Billy, Victor and Adam, Y&R spoilers for this coming week hint that a “secret weapon” will land on the Moustache’s plate. Could this be more ammo against Billy? Abbott’s trying to trap Victor and Adam, so the Newman men had better tread lightly. This may be something that bites them in the butt, when all is said and done.

Y&R spoilers for this week also reveal that Billy will show his “sinister” side to Ashland in the coming days. His eyes will be focused on Locke, which may worry Ash. After all, he doesn’t have a clean record with his past, and anything Billy does could ultimately affect Victoria. Added teasers indicate that Billy wants revenge, and will continue to stir the pot until he achieves this goal.

These two ladies don’t often mingle; however, Y&R spoilers for this coming week note that Lily will see some common ground she shares with Chloe. Could it be that Mrs. Fisher shares her own experiences with Billy? Then again, maybe this has to do with Kevin? Lily and Fisher were once close, too. Then again, it may just be corporate talk. Both are highly successful in their respective careers. In other news, Billy and Lily will share some fun as they embrace their new roles.

Meanwhile, Y&R spoilers reveal that Noah will ponder an opportunity. Does this have to do with Newman Media and the offer Adam made, or something else? In related teasers, Tessa will change her mind on a matter. Could this be about her project with Noah, or does this have to do with Mariah? Fans will have to tune in to find out! 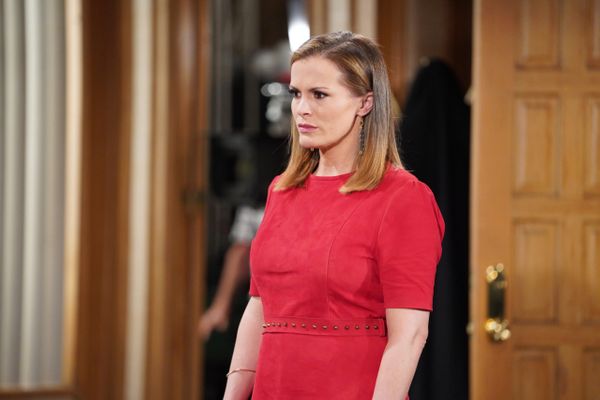