Young And The Restless Spoilers For The Week (December 20, 2021)

Calling all The Young and the Restless (Y&R) fans! What’s set to unfold in the land of Genoa City over the next week? Adam and Victor will strategize, while Billy could come clean. Plus, many residents will enjoy some holiday fun! Learn about these storylines and others in the below Y&R spoilers for the week of December 20th, 2021.

Y&R spoilers for this coming week reveal that Victor and Adam will strategize. Added teasers hint at a new plan on the horizon against Billy Abbott. The good news is that Billy-boy has a plan of his own. Looks like Abbott will continue pretending his bad habits have resurfaced, for now. In other news, Victor will have a concern about Sally Spectra and her intentions.

Speaking of “concerns”, Y&R spoilers for the week of December 20th suggest that Jack will worry about Billy. Sounds like his younger brother will come clean about what he’s up to. In other news, Lily and Billy will toss scheming aside for a little bit to enjoy some Christmas fun together.

Y&R spoilers state that Traci will be in town spreading some Christmas cheer this week, too! In added teasers, Nikki and Victor will be reminded about the true spirit of the season. Sounds like Mr. and Mrs. Moustache will remember that family, love and health (not money, power and greed) are what really make the difference in life.

Y&R spoilers suggest that Nick might get his own standalone episode during the week before Christmas. At this time of year, the soap is known for its holiday-esque shows, in which one character at a crossroads learns a valuable lesson. Nick feels like the black sheep of the clan, so it makes sense he’d be chosen for this year’s Christmas epi.

Speaking of Nick, Y&R spoilers for the week of December 20th imply that Phyllis will invite Nick to something. This may be something as simple as lunch, or maybe even Christmas dinner, if Nick refuses to join his family for their festivities. Phyllis and Nick are trying to end their romance on a nice and friendly note, so it’s likely Newman will say “yes”.

Y&R spoilers for the week before Christmas note that Chelsea and Adam will call a truce. They will likely decide to put their differences aside and enjoy the best possible holiday season with Connor. After everything this kid has gone through, he deserves a Christmas that is merry, bright and peaceful!

3. Taking The Next BIG Step

Some big news for Nate and Elena fans! Y&R spoilers for this coming week note that the couple will decide to take their romance to the next level. Does this mean they’ll move in together? Or does Nate possibly propose to Elena during the holidays, as part of her Christmas gift?

2. Tessa And Mariah Talk About The Future

While Tessa and Mariah have had their fair share of problems lately, Y&R spoilers seem to show hope for the super couple during the week of December 20th. “Teriah” will talk about their future, so maybe the two will chat about the possibility of growing their own family. It sounds like things will be going better for these two ladies next week.

Speaking of super couples, Y&R spoilers for the week of December 20th reveal that Chance might start to pull away from Abby. Added teasers note he’ll struggle with some trauma and feel a little off when he sees a close moment between his son, Dominic, and sperm-donor, Devon. Will Hamilton continue to prove he is the official baby whisperer for the child? Could this cause Chance to spiral? 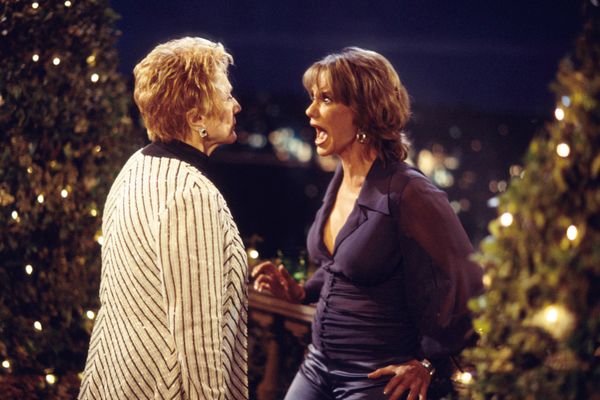