Calling all Young and the Restless (Y&R) fans! What’s on tap in the land of Genoa City over the next week? Adam (and Nick) save the day for Faith, while Nate helps Victor. Also, Kyle’s world is turned upside down. Learn about these storylines and others in the below Y&R spoilers for the week of May 10, 2021.

Some good news for fans to start this week’s Y&R spoilers! Nick and Adam will arrive just in time for Faith. Added teasers hint that she’ll get the kidney donation she needs but others will help along the way, as well. Adam needs to stay incognito for all this to happen, and he’ll get the assist on this.

Y&R spoilers reveal that Victor will help Adam as much as possible. The last thing the Moustache wants is for someone to find out his son’s whereabouts — he is currently running from the law! Plus, Faith’s life will be at stake, so Victor will not mess around. Added teasers imply that Newman will also approach Nate about discretion.

Y&R spoilers indicate that Nate’s main focus will be saving Faith. He’ll be in charge of her surgery, and he’ll put his career on the line to ensure she gets the kidney she needs. This means he won’t inform the police about who’s donating it. Nate wants nothing more than to ensure that Faith is okay. If it means hiding Adam, then so be it.

Y&R spoilers for this week also state that there will be a standalone episode for Adam. Added teasers hint that it’ll have a chess theme attached to it. This sounds like it will happen when Newman is undergoing surgery and under anesthesia. It will probably be an elaborate dream sequence with other key characters who’ll make appearances.

The good news is that the surgery will be a success. Y&R spoilers reveal that both Faith and Adam will come out of their respective procedures doing well. This will hopefully help to bridge a bond between Adam and the rest of the Newmans, especially Nick. It may also continue to strengthen the relationship Sharon has with Adam, which isn’t good news for Rey (or Shey fans).

Y&R spoilers imply that Nikki will lose it this coming week, and it seems as if someone will do something to set her off. She’s under tremendous stress right now with Faith’s medical emergency, so if anyone tries to pull something, she’ll have every right to blow her top. Will this have to do with Chelsea Lawson?

Could this Y&R spoiler be linked with the one above? Chelsea Lawson plans on carrying out a risky plan this coming week. It seems as if the Newman family will be targeted, and she’ll make a bold move. Sounds like a poorly timed scheme, with all that is going on with Faith right now. Will Lawson succeed? Added teasers hint at another huge face-off between Chelsea and the Moustache before the week is out.

Across town, Y&R spoilers for the week of May 10th indicate that Lily and Billy will defend their territory. Sounds like ChanceComm may get some competition, so Bi-Li will be ready to handle any threats posed to their company. They want nothing more than to keep it growing and thriving. Could Ashland Locke be behind all this?

1. Kyle’s Life Is Turned Upside Down

Speaking of the Locke-Ness Monster, Y&R spoilers suggest that Kyle’s life will be turned over this coming week. Added teasers note that his world will spiral out of control, and it sounds as if this all unravels before his engagement party. Could his affair with Tara, as well as Harrison’s paternity, be revealed? You’ll have to tune in to find out! 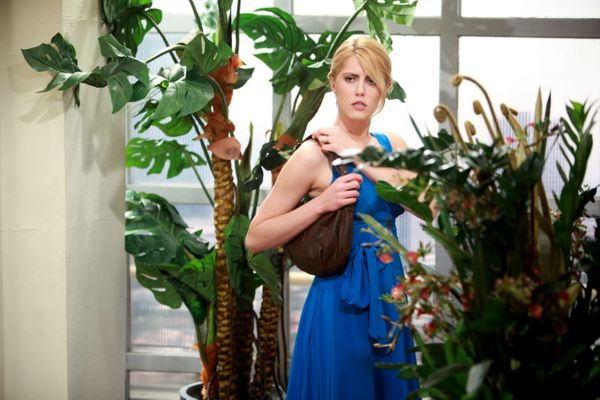