Young And The Restless Spoilers For The Week (November 15, 2021)

Calling all Young and the Restless (Y&R) fans! What’s set to unravel in the land of Genoa City over the next week? Abby goes missing, while Mariah needs to be calmed down. Also, things heat up between Phyllis and Jack. Learn about these storylines and others in the below Y&R spoilers for the week of November 15th, 2021.

9. Victor and Ashley Are Worried

Y&R spoilers for the week of November 15th indicate that both Victor and Ashley will continue to worry about Abby. They’ll be concerned about her mental instability and poor judgment. Moreover, they’ll also worry about the fact that they can’t “stop” her from making bad choices. As the days progress, the Moustache and Ash will have even bigger concerns.

Y&R spoilers imply that Devon will be floored by a specific request. There’s a good chance that Abby may ask him to watch Dominic for a while. Hamilton will likely jump at the opportunity to give Abby a rest and watch the little guy; however, this will all have a domino effect as the week progresses.

Will Mariah learn that Abby has released Dominic into Devon’s care and have a meltdown? This is a likely scenario. Y&R spoilers for the coming days suggest that Copeland will feel as if she should be watching the baby, and likely won’t listen to anything Tessa says to calm her down. Added teasers note that Porter will “summon” Noah for help. Can he be the voice of reason for his half-sister?

Y&R spoilers hint that Nikki will drop by to help Devon get Dominic settled into the penthouse. Added teasers state that Hamilton may ask Mrs. Newman for advice, so is this baby-related or about something else? As the days go by, Abby will leave a distress call with someone. This will prompt the Moustache and Devon to team up in an effort to track Abby down.

It’s unclear if Abby will run off somewhere or get kidnapped. Devon will happily take Dominic next week, but will Mrs. Abbott-Newman-Chancellor imply that she’s going for a spa weekend or just needs some peace and quiet in the mansion? Will Abby try to leave Genoa City in search of Chance, or could Stitch be involved with her “missing” act?

4. Things Heat Up Between Phyllis & Jack

It’s the moment Team “Phack” has been waiting for! Y&R spoilers suggest that Phyllis and Jack will find themselves catching some feelings during the week of November 15th. As well, added teasers hint that their “chemistry” will be on full display for all to see. While Jack has been trying to distance himself, that plan will go out the window in the days ahead.

Across town, Y&R spoilers indicate that Victor’s plan against Billy will be successful. Sounds like Billy and Lily will fall into his trap, and face the consequences. Added teasers note that ChanceComm will take a major hit, and the Moustache will gloat in his victory. Sadly, the entire thing will cause issues between Lily and Billy, too.

2. Billy and Lily Are Crumbling

Y&R spoilers for the week of November 15th state that once Victor succeeds in his plan, there will be some major fighting between this couple. Added teasers imply that Billy will be under the impression that he can “redeem” himself, but will this be the case? In other news, Ashland will try to give Lily some advice.

Nothing new here between these two! All joking aside, Y&R spoilers for next week reveal that Adam will get under Rey’s skin. Added teasers indicate that Rosales will have a feeling Newman is scheming, and Adam will fluff it off. Sounds like the same-old, same-old between these two rivals, which begs the question: when will they both just move on from this? 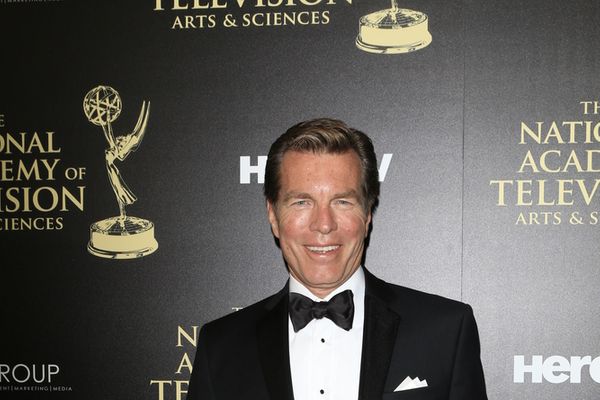