The Bold And The Beautiful (B&B) has had its share of stunning and unanticipated plot twists during the last 30 years. From manipulated paternity tests, heartbreaking sacrifices, kidnappings, stolen kisses and scandalous affairs, fans have seen it all, and then some. Listed below are the B&B’s 12 plot twists no one expected.

In a startling twist, Steffy turned to her father in law Bill after her husband Liam admitted he’d kissed Sally. She headed to the Forrester guest house and Bill joined her. His comfort turned to passion and the two ended up sleeping together. Both Steffy and Bill planned on keeping it a secret from Liam forever, until she found out she was pregnant. Terrified the child was Bill’s, she took a paternity test. Liam discovered it and Steffy confessed that she’d slept with his father.

In 2018, Katie was stunned when she arrived at her ex-husband Bill’s house and found him lying near his balcony in a pool of blood. Someone had just shot him in the back, but who? During the weeks leading up to the incident, Bill had turned just about any ally he had against him. There were lots of suspects to go around, including Ridge, Justin and even Bill’s own son Liam. But then a plot twist occurred that no had anticipated – Steffy’s mother Taylor was revealed as the perpetrator.

10. Quinn Pushes Ivy Into The Seine

In 2014, Hope asked Liam to meet her at the Eiffel Tower in Paris if he wanted to reunite with her. Liam did fly to Paris, but an unexpected plot twist kept them apart. Wyatt’s mother Quinn pushed Ivy off a bridge into the Seine River. And hero Liam jumped in after her. He rescued the damsel in distress but was late in meeting Hope. Disappointed, she waited around for a bit and then left. The incident led to Hope marrying Liam’s brother Wyatt.

Speaking of Liam, when he got dizzy and passed out in the parking lot at Forrester Creations, a major plot twist took place that no one expected. Quinn picked him up, put him in her vehicle and drove to a remote cabin and held him hostage. Liam had amnesia and Quinn convinced him he was her husband Adam. He ended up staying with her for months until his memories finally came flooding back.

8. Ridge’s Nosedive Into The Persian Gulf

Just as Bill and Brooke’s wedding ceremony began, on a beach in Dubai, Ridge came running toward them. Viewers saw this coming, but they didn’t expect the next twist in this plot. Ridge grabbed Brooke and pulled her to a nearby helicopter, which was piloted by Bill’s best friend and right-hand man Justin. Dollar Bill then ordered Justin to take care of Ridge and he tilted the copter. Ridge, who wasn’t belted in, fell out and plunged into the Persian Gulf. The Dressmaker ended up surviving the nosedive and was found dazed, but alive, a few days later.

Ridge and Quinn hated each other, but their hate turned to passion when they shared stolen kisses on several different occasions. No one foresaw this plot twist, as Quinn appeared to be madly in love with her husband, Ridge’s father Eric, and Ridge was engaged to Brooke. Eric found out about their indiscretions and eventually forgave his wife, but Ridge wasn’t so fortunate. Brooke called off their wedding and dumped him for cheating on her.

James was a psychiatrist and a mentor to Taylor, who arrived in Los Angeles in 1993. He was in love with her but never acted on his feelings because she was married to Ridge. But in a twist no one could have predicted, the pair slept together one night at the Big Bear cabin after an earthquake hit during a blizzard. James confessed to Taylor that he didn’t want to pass away as a virgin. Thinking they were both goners, Taylor decided to grant James his final wish.

Just after Bridget was born, an unforeseen twist occurred when Sheila altered the paternity test results to indicate Ridge was her father, not Eric. Sheila was dating Eric at the time and didn’t want him reuniting with Brooke over their daughter. Then Ridge raised Bridget for years, thinking she was his child. But the paternity manipulation scheme was eventually revealed, and everyone found out Eric was Bridget’s real father.

Speaking of paternity tests, shortly after Liam arrived in Los Angeles, it was disclosed that he was looking for his father. His mother had just passed away and he suspected his biological father worked at Forrester Creations. Fans suspected that Ridge or Thorne was Liam’s dad and then it was narrowed down to Thorne and Bill. Thorne liked Liam and was hoping he was his father. But alas, it was not meant to be, and a plot twist revealed that none other than Dollar Bill was his bio dad.

In 2008, Storm Logan accidentally shot his sister Katie. She was in critical condition and needed a heart transplant to survive. But then no one expected what happened next. Storm found an empty hospital room, wrote a goodbye note to his family and then severely wounded himself so Katie could have his heart. This was a plot twist that not only stunned viewers but left them in tears.

Much like her father Storm, Flo also made a sacrifice for Katie in another plot twist no one expected. Katie needed a new kidney and was told by her doctors that if she didn’t get a new organ soon, her days were numbered. All her family members were tested and not one of them was a match. Her son Will and husband Bill were inconsolable as they realized they could lose Katie forever. But then something unexpected happened. A match was found, and it turned out to be Flo, the prodigal Logan. Her mother Shauna wheeled her into Katie’s hospital room after the successful transplant and everyone there was speechless.

The most unexpected plot twist on B&B occurred in March 2015. “You’re not my sister Maya. You’re not Maya at all,” Nicole Avant said. “You’re Myron, my brother.” Not only was this an unanticipated development that left viewers stunned, this twist also made headlines all over the world. Maya was transgender and was keeping this from her boyfriend Rick and the Forrester family. Karla Mosley, who portrays Maya, is not transgender, but at the time she said she embraced the opportunity to play the part. “As an actress, it’s an incredible thing to play,” she told CBS News. “We’re excited and we’re standing behind it and we feel that it’s important.” 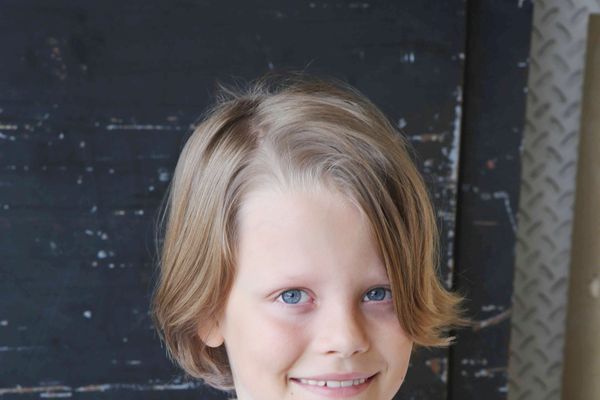