Bold And The Beautiful: Plotline Predictions For March 2020

Thomas will up his game and tell Zoe he wants to marry her as soon as possible, this month on The Bold And The Beautiful (B&B). Also, Sally will happily accept Wyatt’s overwhelming offer to move in with him. And could a mysterious wedding crasher interrupt Thomas and Zoe’s nuptials? Read on for 12 B&B plotline predictions for March 2020.

Speculation teases that Sally will take Wyatt up on his offer to move in with him. In early March, she’ll head back to Wyatt’s house, feeling happy and fulfilled, despite her fatal diagnosis. Her head will be spinning by the recent turn of events, but she’ll try and enjoy the last few days she has left, which she will now be spending with the man she loves. 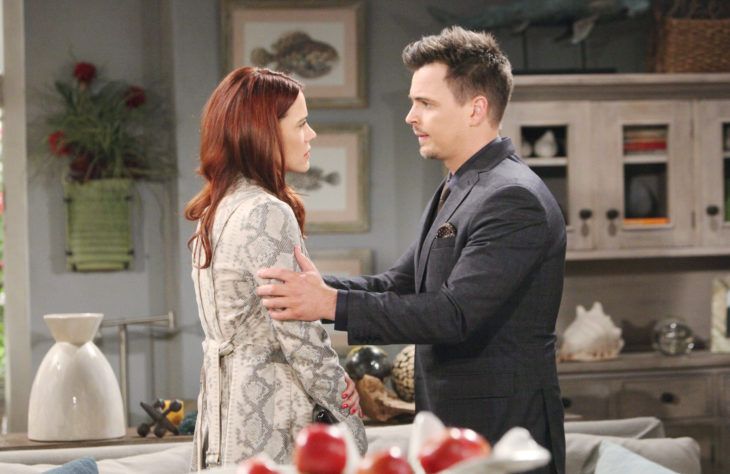 Not only does Wyatt ask Sally to move in with him, but he’ll also propose to her again. This time, he’ll present her with a ring and tell her his feelings are real. Wyatt will explain that he made a horrible mistake when he left her for Flo. But will Sally begin to suspect that he knows about her life-threatening illness? 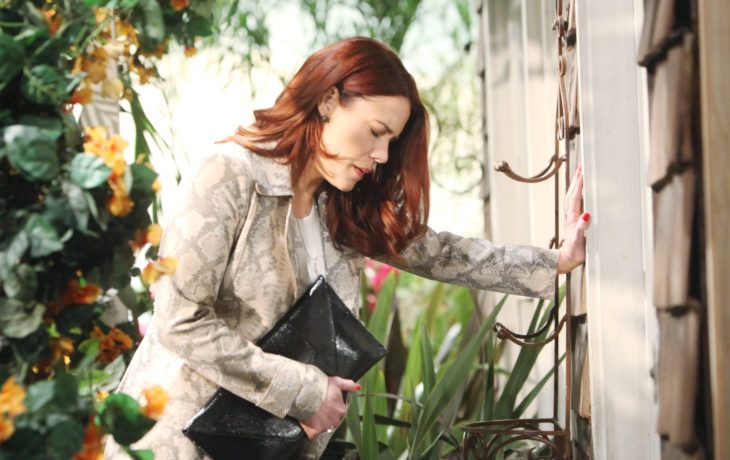 10. Quinn And Shauna Are Stunned

Spoilers tease Quinn and Shauna will be stunned when Flo tells them she and Wyatt have broken up and he’s returned to Sally. Viewers know Wyatt is back together with Sally at Flo’s urging. She’ll do her best to convince her mother and Quinn that she and Wyatt are through, but they’ll have a hard time believing it. Flyatt had just gotten back together, so the women will be bewildered by the news. Then again, Wyatt has become a waffler, so it really shouldn’t surprise anyone that he’s changed his mind again. After hearing the astonishing news that her son has broken up with Flo, Quinn will confront him this month. She was thrilled when Wyatt told her he had broken up with Sally to be with Flo. Quinn has always felt her son belonged with his high school sweetheart, so her reaction to this news will not be favorable. But will Wyatt tell her the real reason for his breakup with Flo and reunion with Sally? 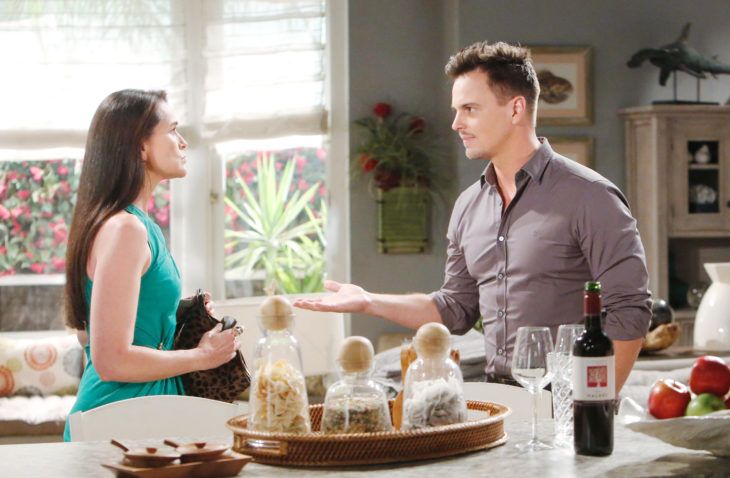 With the news that Ashley Jones is returning as Bridget this month, there’s been some conjecture that she may come up with an experimental treatment to try to save Sally’s life. Viewers are hoping this is the case, as many want Sally to survive. Or, it could just be a ruse and Sally will pass away. However, it’s looking like Katie, who has told everyone in LA that Sally is dying, may put in a call to Bridget and ask for her help. 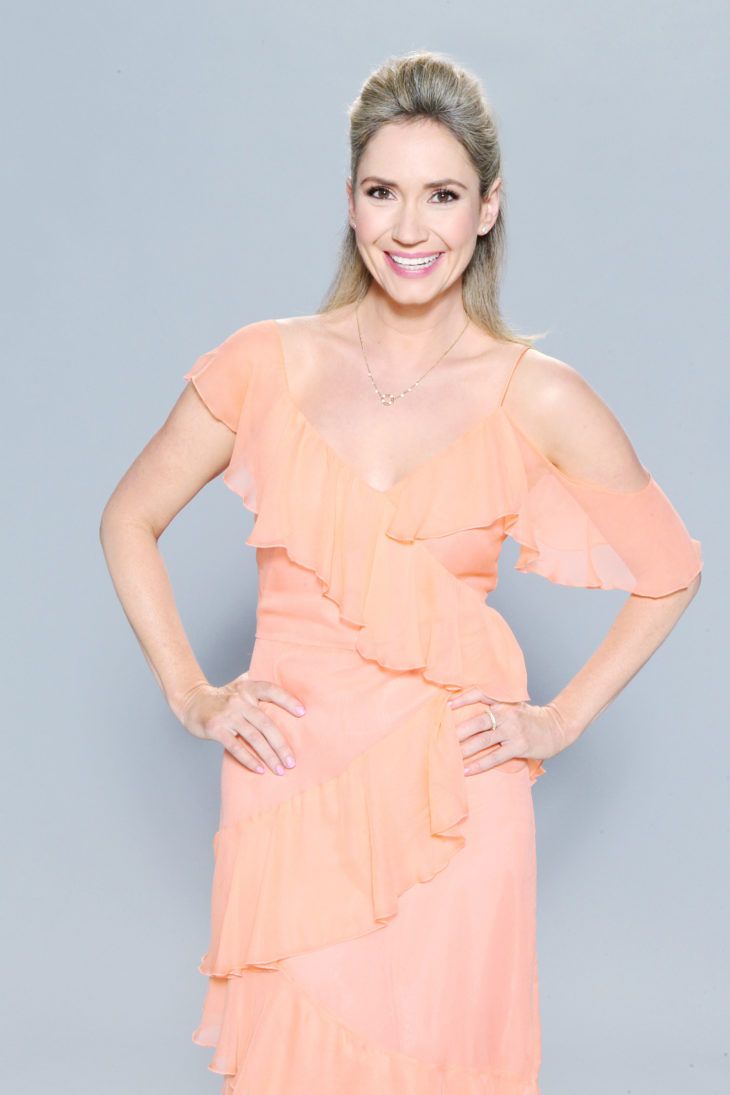 B&B speculation teases that Sally’s condition could begin to improve. Moving in with Wyatt and accepting his marriage proposal will make her happier than she’s ever been, and it will help her condition to improve. And if she does end up taking an experimental treatment for her illness, rumor has it, she may get better and survive. Viewers know Flo suggested to Wyatt that they break up so he could make Sally’s last days happy. So, if Sally does endure, what will this mean for Wyatt’s relationship with Flo? Would Wyatt be cruel enough to dump Sally again to reunite with Flo? 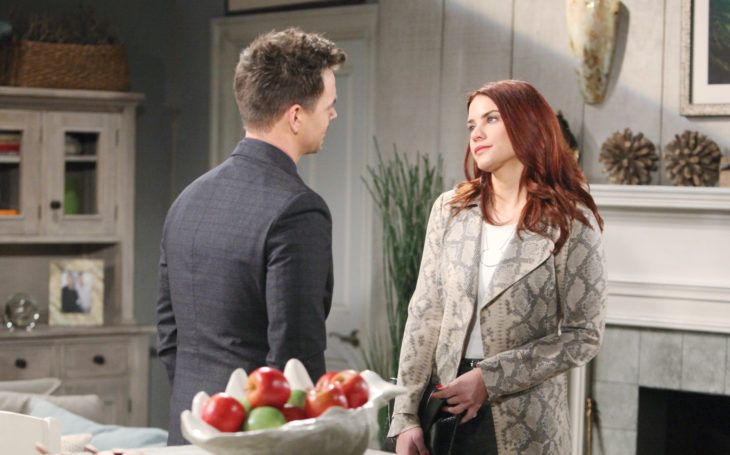 In early March, Steffy and Liam will spend more time together with both Kelly and baby Beth. Liam loves hanging out with his daughters and with Steffy and it should make for some great family bonding moments for the four of them. But will sparks fly like they did the last time Steam spent some quality family time with the girls and will Liam and Steffy share another kiss? 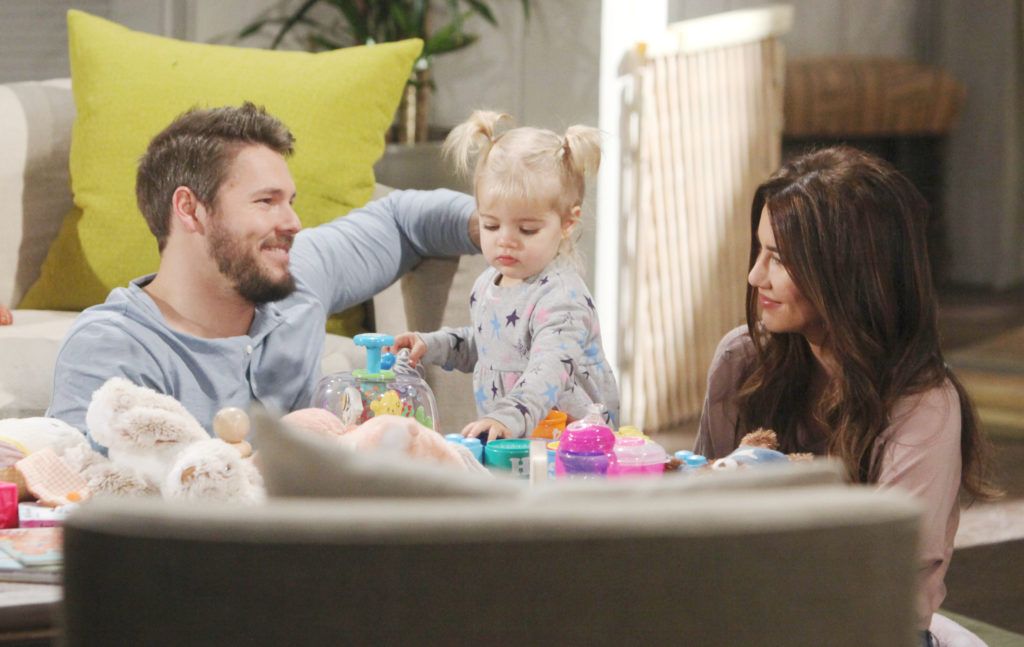 Douglas will panic when he finds out his father has moved up his wedding date to Zoe this month. Thomas has already sent Douglas into a tizzy, thinking his Mommy Hope is going to be replaced with evil stepmother Zoe. So, he’ll up the ante and tell his son that he’s going to marry Zoe right away. Filled with a terrible sense of dread, Douglas will go running to Hope to tell her the awful news. 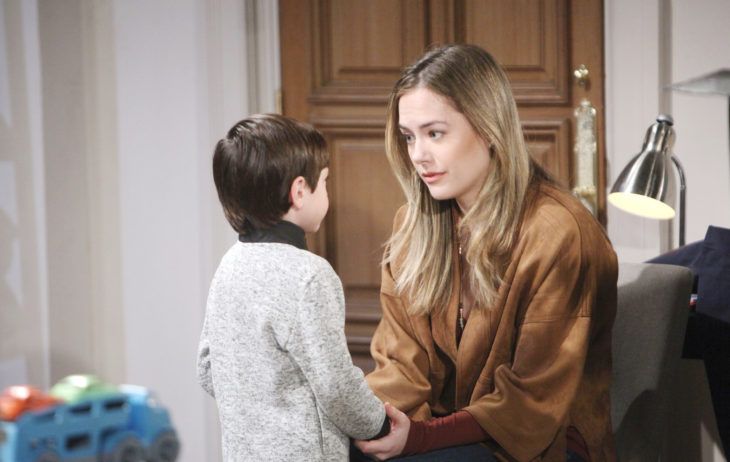 Now that Thomas is engaged to Zoe, Hope is already green with envy. She hasn’t admitted it to her mother, Liam or Thomas, but she may begin to admit it to herself this month. Viewers watched her barge in on Thomas and Zoe while they were in bed together, without even a knock on the door. Her excuse was that Douglas might be able to hear them. But Douglas was fast asleep, so what was the real reason? Could she be bitter that Thomas has moved on from his obsession with her? 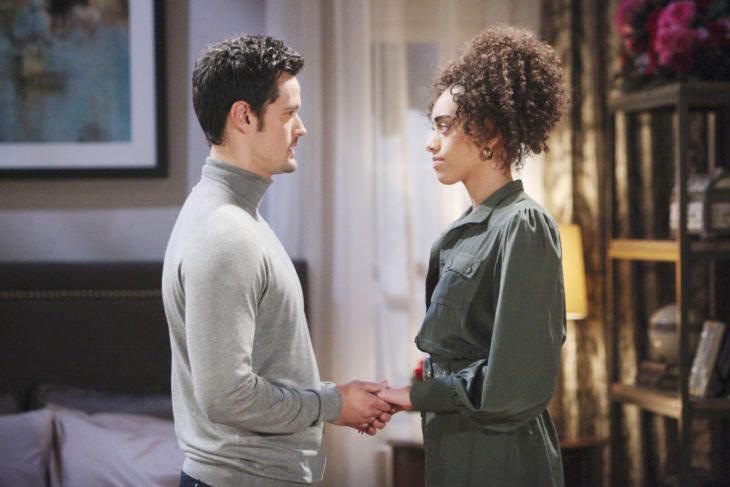 Hearing the news that Thomas and Zoe are going to get married right away, Hope will hit the roof. She’ll confront Thomas and ask him why he’s in such a rush to make it legal with the Forrester model. Thomas will defend his decision, saying he feels there’s no reason to wait. He’ll tell Hope that she’s made it very clear they’ll never be together, so he’s moving on with his life. Spoilers tease that after her argument with Thomas, Hope will then turn to Liam for guidance. 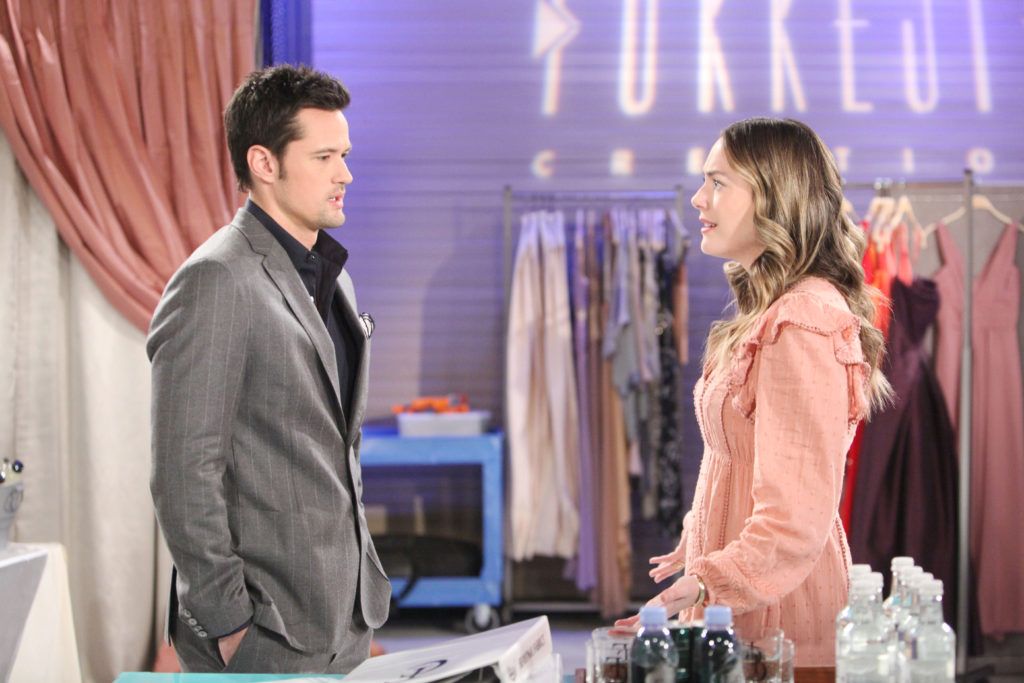 Speculation indicates that Thomas will up his game and ask Zoe to marry him right away. But will the bride to be will find out her fiancé is using her before she says I Do? Rumors abound that either Steffy or Vinny will spill the beans to Zoe and tell her they know Thomas is just using her to make Hope jealous. A furious Zoe will wait until she’s standing with him at the altar to expose Thomas in front of his friends and family. 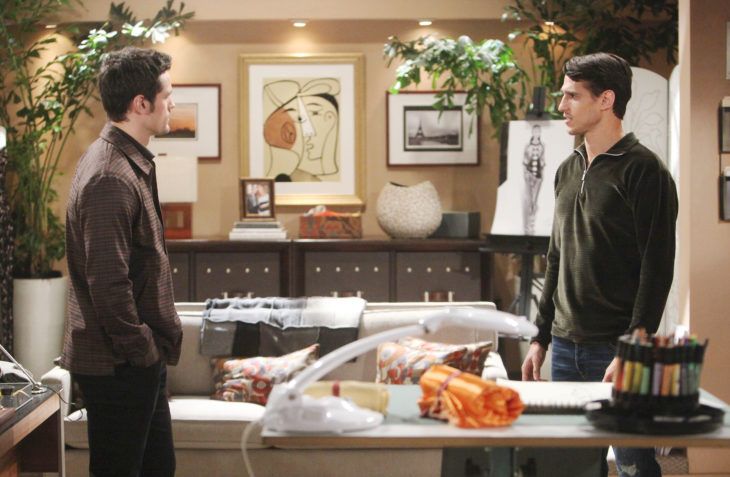 There’s some conjecture that a mystery wedding crasher could appear at Thomas and Zoe’s ceremony. Like many soapy weddings, the mystery guest stand will stand at the back of the room wearing a scarf on her head and large sunglasses. And when the officiant asks if anyone objects to this union, the woman will march down the aisle, pull off her sunglasses and say: “I do!” If someone does crash the wedding, could it be Caroline, who is alive and well?  Keep watching B&B to find out! 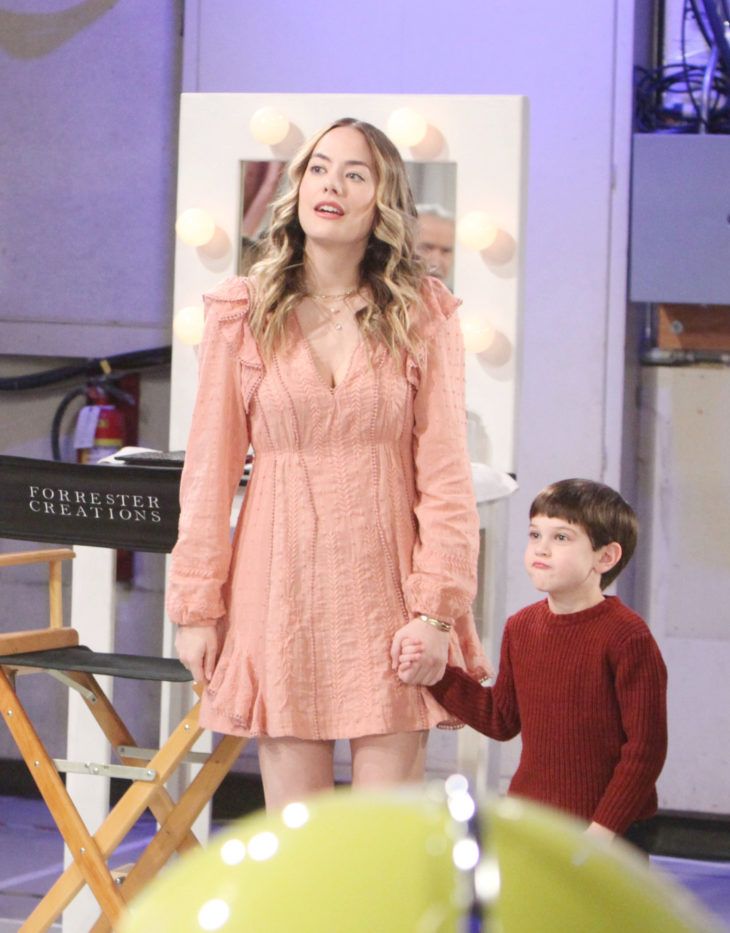 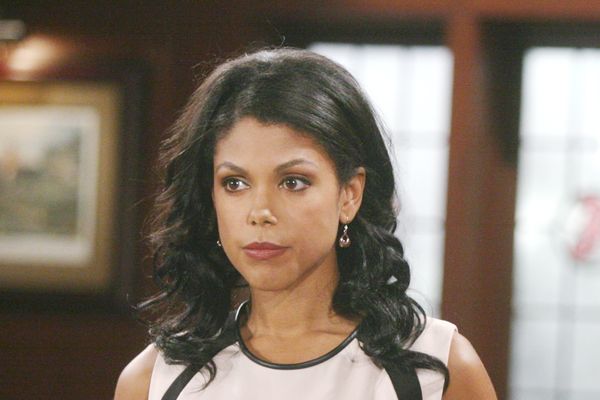