Quinn swears Shauna to secrecy as Brooke prepares for a night of romance with Ridge, this week on the Bold And The Beautiful (B&B). Also coming up, Steffy takes her last pill and worries about how she’s going to get through her pain. Learn more below in the B&B spoilers for the August 10 to 21, 2020.

Spoilers tease Wyatt and Flo will be elated that they’re back together. Of course, this means fans can look forward to some power snoozes when the two of them appear onscreen. Viewers are so bored with this duo they’ve shipped them as Flatt and most wished they were the ones leaving LA instead of Sally. Is there anyone out there who is actually rooting for this couple? 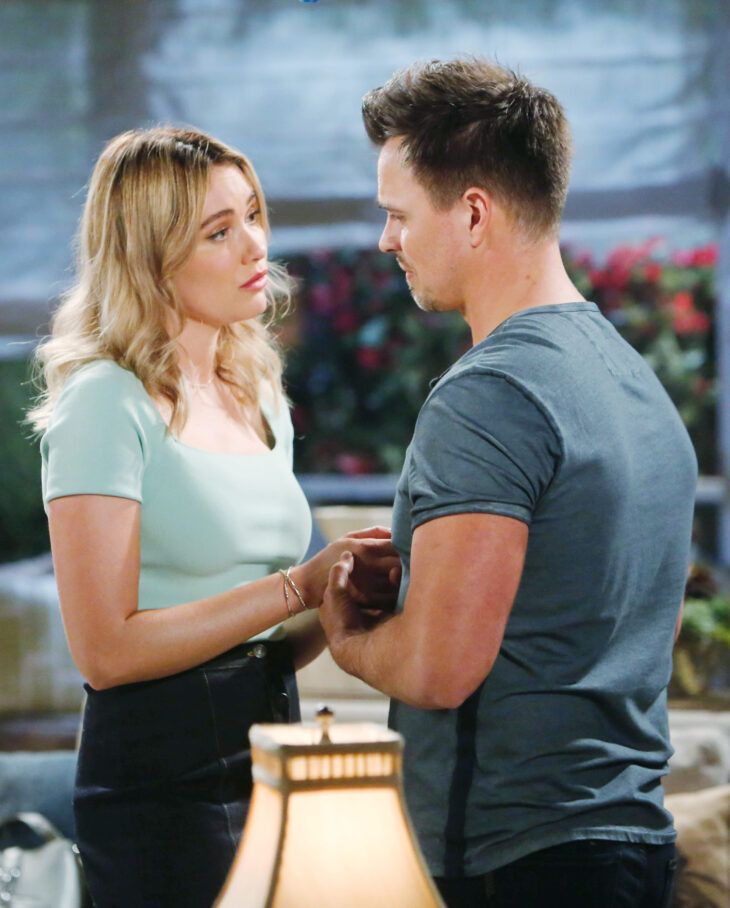 Thomas will pay his sister another visit this week and he will realize she’s still in serious pain. He’ll try to help her, but he’ll also urge her to take the medication that’s been prescribed for her. She recently mentioned to Thomas that she was running low on her meds. Will she completely run out of pills, and if so, will her brother suggest that his friend Vinny can get her something to take the edge off? 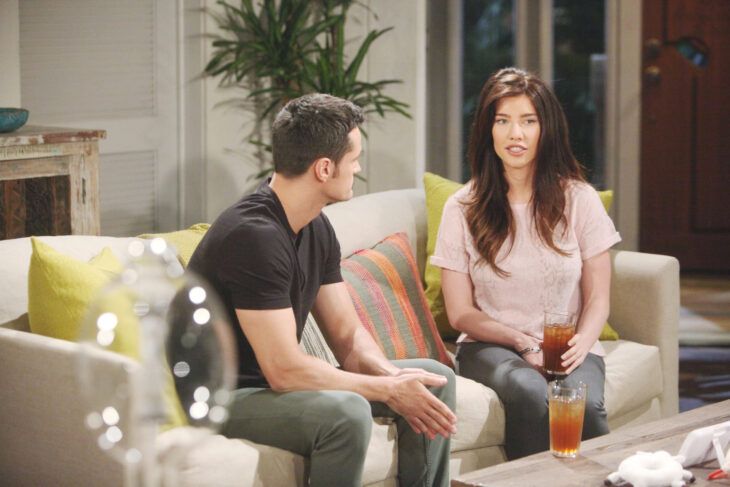 10. Steffy Develops Feelings for Her Doctor

Speaking of Steffy, her doctor will make another house call to check up on his attractive patient. Although Finn mentioned he lives close by, she’ll still wonder if he’s feeling the same way she does. Steffy is beginning to realize she’s developed an unexpected fondness and attraction to Finn, and it shouldn’t be too long before she finds out the feelings are reciprocal.

Hope and Zoe will make a pact this week to put the past behind them and work together to make Hope For The Future a success. And rumor has it, the two women may enlist Zende to join their team. He’s a talented designer who will be returning to LA from the Forrester Paris office any day now. Both Hope and Zoe may agree that Zende could breathe new life into the fashion line. 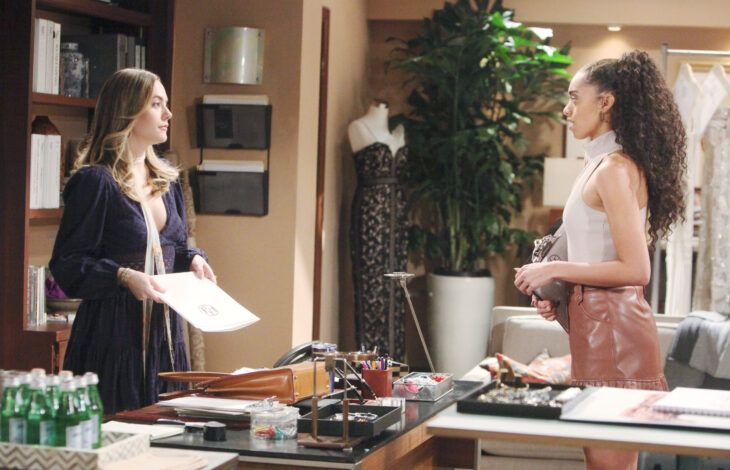 Spoilers tease Brooke will prepare to give Ridge a night he’ll never forget. Viewers know she went to visit her daughter Bridget in New York for a few days to clear her head. Just before she left Los Angeles, she and Ridge had discussed their relationship. He told her he always wanted her by his side and would be waiting for her when she returned. Then Ridge moved in for a big smooch with what was obviously a mannequin outfitted in a blonde wig. Nevertheless, Brooke was under the impression they were back together. She will have no idea what transpired while she was away and will have big plans for a night of passion with her husband. 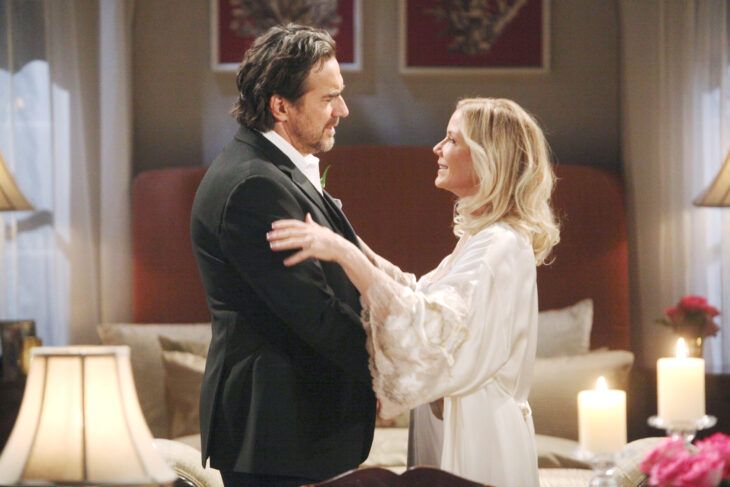 7. Ridge Deals with the Fallout from His Night in Vegas

Unfortunately for Brooke, Ridge will have been busy dealing with the fallout from his inebriated wedding night with Shauna in Las Vegas. His head will still be spinning when he walks into his bedroom at Eric’s place to find Brooke lying on his bed, waiting for him. He’ll remember he had reunited with her just before he found out he had foolishly tied the knot with the former Vegas showgirl. 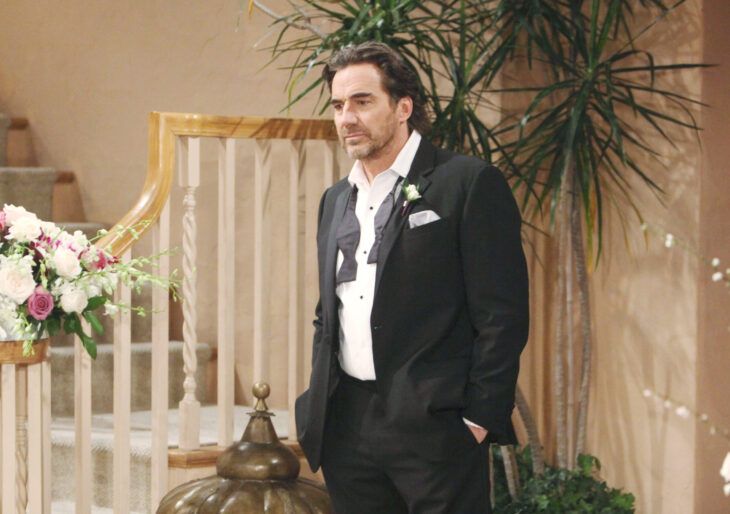 How is Ridge going to talk his way out of this latest Bridge collapse? Obviously, Brooke is not going to take the news of his tying the knot with Shauna lying down. He’ll try to explain he was so blotto he has no memory of anything he did that night. But Brooke won’t accept that as a justification for his reckless actions. “Don’t tell me that you don’t remember,” she says angrily in a B&B video preview. Furious, Brooke will storm out of Eric’s house. 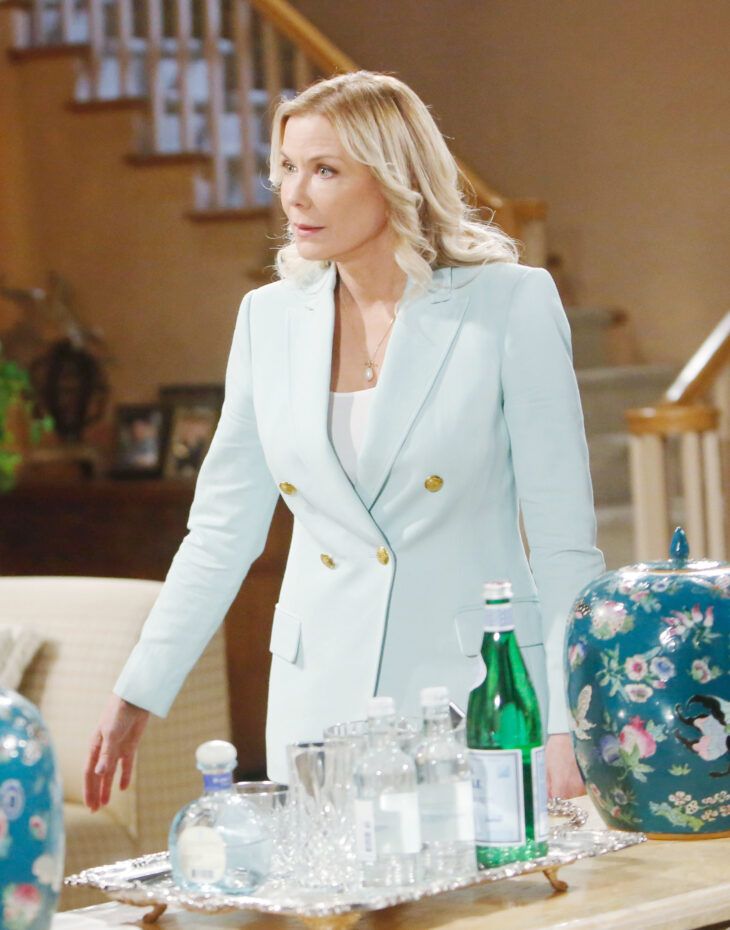 Eric will fill Donna in on Ridge’s philandering ways and although she’ll feel terrible for Brooke, she won’t be all that surprised. As the old saying goes, once a cheater, always a cheater and Ridge has cheated on Brooke countless times. Ridge will also tell a stunned Steffy that his marriage to Brooke is over. Will she chastise her dad for getting so sloshed in Vegas that he married Shauna? 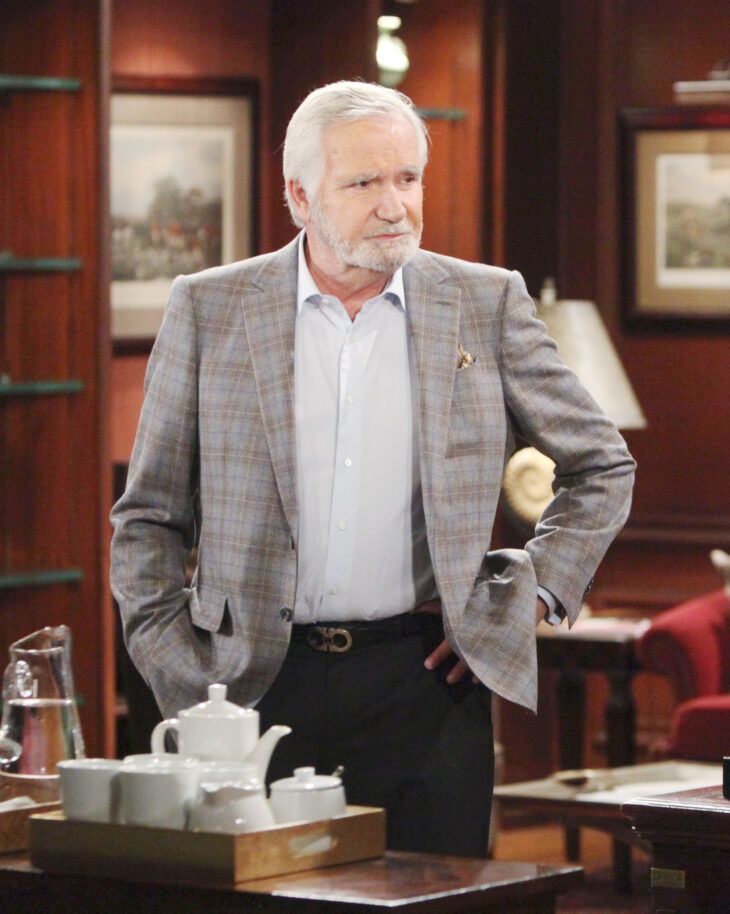 In a conversation with Donna, Brooke will admit she’s going to forfeit Ridge to Shauna. Her sister will tell her she shouldn’t give up, after all, hasn’t she always believed that Ridge is her destiny? But Brooke will spill all the sordid details of what Ridge did in Vegas. She is also rankled by the fact that he raked her through the mud for kissing Bill but then went ahead and did something much, much worse. Ridge’s behavior disgusts her, and she will tell Donna she is through with him. 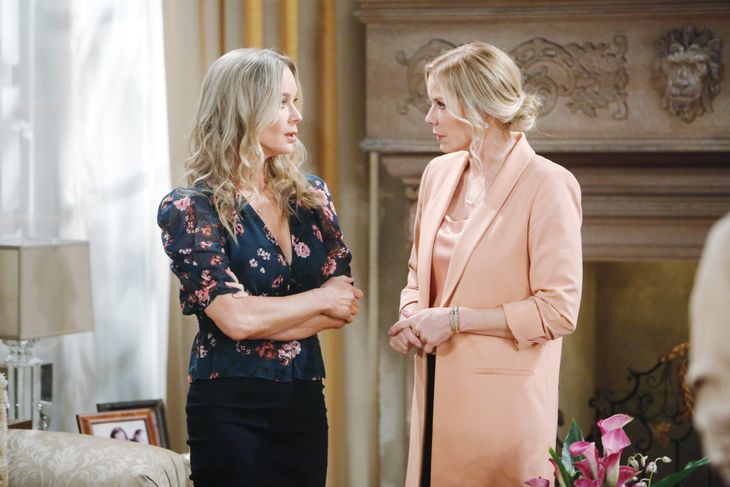 As news spreads throughout LA about Shauna becoming the new Mrs. Ridge Forrester, word is sure to reach Dollar Bill’s ears. But what will he do about it? Now that Katie has told him to hit the road, will he reach out to Brooke? Spoilers tease Quinn will visit Bill at Spencer Publications and appeal to him to “not give up hope on Brooke.” Viewers know Bill can’t stand Quinn; however, he may take her advice to heart. Will fans see a Brill reunion in the near future? 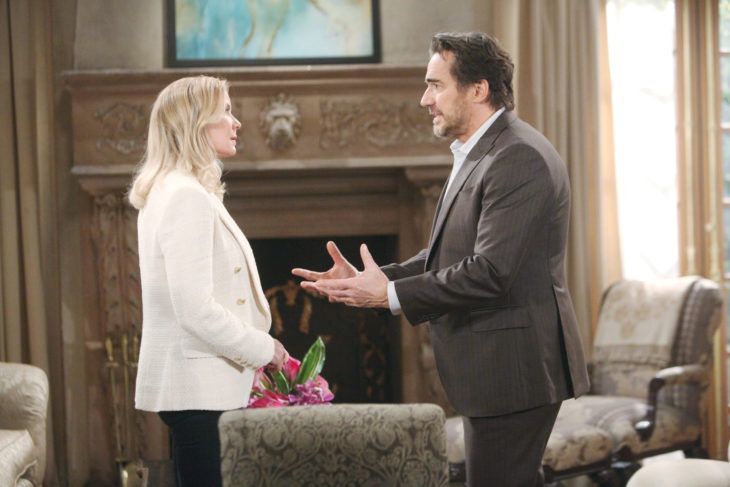 One person who’s not the least bit startled by Shauna’s blissful bridal news is Quinn. Rumor has it, she not only already knew about the marriage, but she also helped her best friend arrange it. This week, she will be in high spirits and feel like she’s walking on sunshine. Not only is her bestie happily wedded to Ridge; her rival Brooke has lost him for good. But what was the extent of Quinn’s involvement in the whole sordid affair? 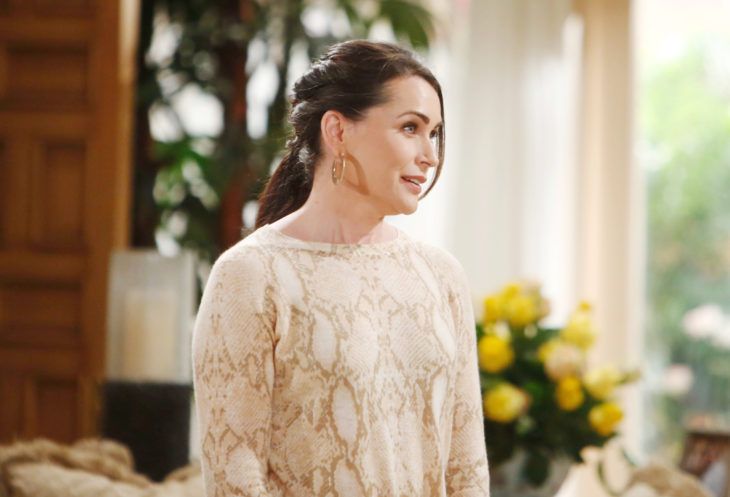 Quinn will tell Shauna to stay silent about her involvement in the wedding. She certainly wouldn’t want Eric to find out she had anything to do with it. Did these two ladies set Ridge up? Then again, it’s not like Shauna didn’t warn him. She told him several times that they were in Vegas and “anything could happen.” Did Shauna purposely get Ridge plastered so she could become Mrs. Ridge Forrester? Keep watching B&B to find out! 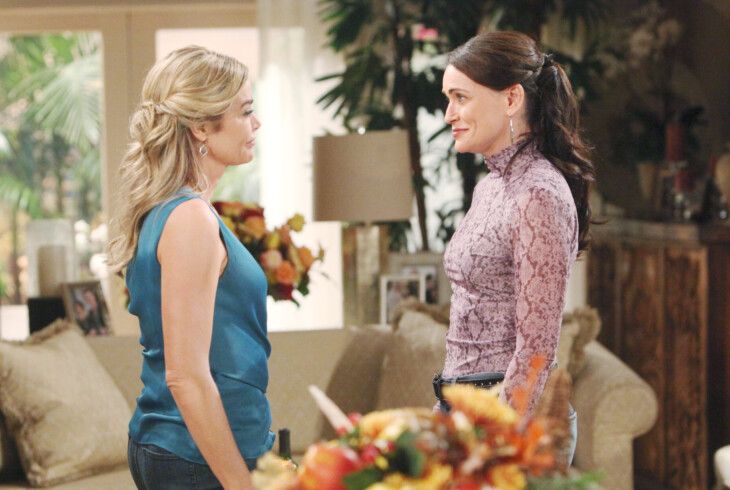 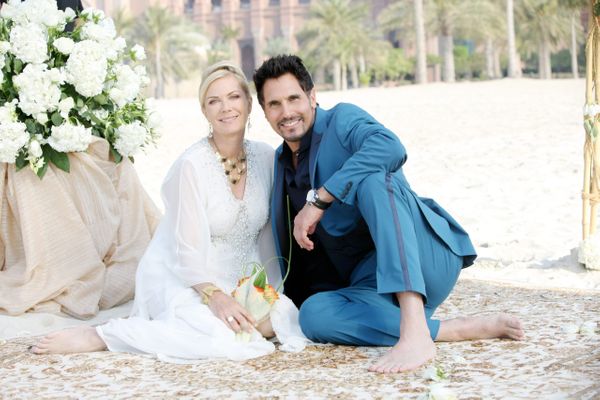