Hope will tell Steffy and Taylor to stay out of her mom’s marriage, coming up this week on The Bold And The Beautiful (B&B). Sheila will reiterate her vow that she’s going to destroy Brooke. Plus, Paris will wonder what Zende is up to when he arranges for her mother to visit her in LA. Learn more below in the B&B spoilers for the week of January 10th, 2022.

Paris will get a big surprise when her mom shows up for a visit. Cassandra Creech will make her B&B debut on January 10th as Paris and Zoe’s mom, Dr. Grace Buckingham. It should be interesting to see what sort of mother-and-daughter relationship the pair have. Will they get along or will Grace have a much different opinion of Paris than all her co-workers seem to have?

Paris will speculate as to what Zende’s ulterior motive could be in bringing her mother to Los Angeles. She’ll start to get nervous, wondering if her boyfriend thinks her mother may encourage her to commit to him. Paris will assume Zende still has the engagement ring, but has he told her mother he was planning to propose?

Carter will begin to feel very uncomfortable indeed when Zende implies that he thinks Paris may be seeing someone else. Zende will spill to Carter that Paris told him she wants to keep their relationship casual. She doesn’t want to settle down with him and he’ll confide to Carter that he thinks she may be interested in another man.

An emotional Hope will confide in her husband that Brooke has started drinking again. She’ll tell Liam she feels like she’s to blame for her mother falling off the wagon. If she hadn’t pushed so hard to allow Deacon into all of their lives, her mother may not have been so stressed out. Hope will believe that if she hadn’t forced the issue, Brooke may not have been tempted to drink in the first place.

5. Hope Lays Down The Law

Fresh off her conversation with Liam, Hope will head to the cliff house to confront Steffy and Taylor. She’ll make it clear to them not to meddle in her mother’s marriage to Ridge. Steffy will tell Hope she has some nerve by assuming they’re going to interfere in “Bridge”’s relationship. And unfortunately, Hope’s ultimatum to the two women will have just the opposite effect on Steffy.

B&B spoilers tease that the blow-out with Hope will embolden Steffy. She knows Taylor still loves Ridge and she’ll suggest to her mother that she fight for him. Obviously, the “Bridge” marriage is on extremely shaky ground, so now would be the time to do it. But will Taylor agree with her daughter and decide to pursue her ex?

Thomas and Steffy will speculate to Ridge about why Brooke broke her sobriety. They’ll have a theory, and it involves Deacon. Of course, the siblings won’t yet know exactly what happened between the former lovers on New Year’s Eve. Instead, they’ll hypothesize that seeing Deacon almost every day has taken its toll on Brooke.

B&B spoilers tease that Sheila will continue her revenge plot against her nemesis. Now that she knows part one of her plan was a resounding success and Brooke fell off the wagon, it will embolden her even further. Sheila will make a promise to destroy Brooke’s life. However, what is she going to do next?

Hope will also confront her mother this week. She’ll ask Brooke why Deacon has basically disappeared since New Year’s Eve. Up to and including the holiday, Hope saw her dad on a regular basis. But now he’s suddenly gone AWOL. Rumor has it, Brooke will find it tough to answer her daughter’s query. But will she admit to Hope what happened between her and Deacon? Keep watching B&B to find out! 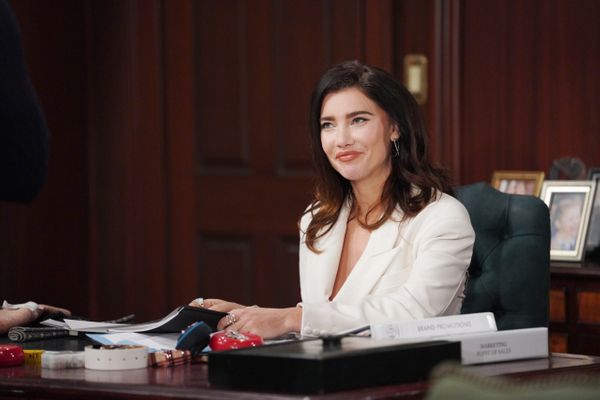 Bold And The Beautiful: Plotline Predictions For January 2022